Opportunity Zones: a $100 billion investment for the clean economy?

It could have significant impact for accelerating the clean economy.

"We anticipate that $100 billion in private capital will be dedicated towards creating jobs and economic development in Opportunity Zones," said Treasury Secretary Steven Mnuchin. "This incentive will foster economic revitalization and promote sustainable economic growth, which was a major goal of the Tax Cuts and Jobs Act."

Working with state and local governments earlier this year, Treasury certified 8,761 communities in all 50 states, the District of Columbia and five U.S. territories. Nearly 35 million Americans live in areas designated as Opportunity Zones. These communities present both the need for investment and significant investment opportunities.

Nearly 35 million Americans live in areas designated as Opportunity Zones. These communities present both the need for investment and significant investment opportunities.

Based on data from the 2011-15 American Community Survey, the designated regions had an average poverty rate of over 32 percent, compared with the 17 percent national average.

These questions and many more need the active attention and industry engagement and leadership from the clean economy community, including many readers who attended VERGE last week or the recent Global Climate Action Summit.

Here are some action steps to consider.

I believe the Opportunity Zone federal tax incentive provides great potential for accelerating the clean economy and creating jobs in underserved communities. But this will happen only if our industry provides leadership by engaging at the state and local level in deep and impactful new ways. 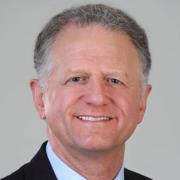 See all by Graham Richard