The projects they're supporting aren't necessarily huge, but their local impact shouldn't be underestimated.

The mammoth power purchase agreements being signed by companies such as Google and Walmart certainly make for eye-popping headlines, and they are super important for winning over skeptics. But midsize businesses are increasingly prioritizing other "impact" factors — including socioeconomic and environmental considerations — when it comes to their renewable energy commitments. And that is equally valuable for helping to scale the corporate clean power momentum.

Two vivid expressions of that sensibility are dairy cooperative Organic Valley, through a unique community solar partnership that soon will build the largest solar array in Wisconsin; and protein snack company Clif Bar, which recently broke ground on what will be the largest onsite photovoltaic system in Idaho.

The sustainability leaders of both organizations share a common aspiration: to ensure that their renewable energy investments directly benefit the communities in which they do business. "We wanted to put a stake in the ground," said Elysa Hammond, vice president of environmental stewardship at Clif Bar. "The mission is to help build the movement."

Likewise, the interests of local stakeholders are driving Organic Valley’s strategy: It originally considered a virtual power purchase agreement to meet its 100 percent renewable energy commitment but didn’t think it went far enough. "We are committed to achieving 100 percent renewable for our cooperative but also to sharing the bounty of solar electricity with rural communities, where we live and work," noted Organic Valley CEO George Siemon, a founding farmer of the co-op, in a recent blog about the company’s community solar project.

The power of community solar

About 11 percent of the cooperative’s members, or about 220 farmers, are already using some form of solar power directly. The community solar investment is meant to help more of the others move closer to clean power supplies. Since Organic Valley's relationship with the Upper Midwest Municipal Energy Group (UMMEG) and OneEnergy renewables was announced in October 2017, several of the project parameters have changed, said Jonathan Reinbold, head of sustainability for the co-op.

That includes the scale — 31 megawatts instead of the 30 MW originally contracted — and the delivery timeline. What that means is that all the projects — seven in Wisconsin, two in Minnesota and two in Iowa — will be completed in one phase rather than in two tranches as originally intended. It is estimated that the projects directly will provide for nearly 10,000 residents served by UMMEG. Some fun facts: The seven Wisconsin projects will boost the state’s solar capacity by 33 percent, and the 6.78-MW array being built in Arcadia will be the largest solar installation in the state.

The mission is to help build the movement.

There was also a 10 percent increase in the anticipated project costs, precipitated by the tariffs on solar panels levied by the Trump administration in early 2018, said Jonathan Reinbold, head of sustainability for the cooperative. That factor was one thing that led Organic Valley to find two additional buyers for the renewable energy credits that will be connected to these projects — soap maker Dr. Bronner’s and the city of Madison, Wisconsin, Reinbold said. (More buyers still could be added.)

Dr. Bronner’s, which like Organic Valley has made investments in on-site renewable generation technology, was intrigued by the partnership’s land use practices: All of the projects will include native plants and grasses. "It’s not just providing renewable energy but creating pollinator habitat and taking agricultural land out of destructive practices," said David Bronner, cosmic engagement officer (yes, that's his official CEO title) for Dr. Bronner’s. The company is buying the RECs for the project in Lanesboro, Minnesota, which will allow the company to make the claim that it is 100 percent renewably powered.

Organic Valley and Dr. Bronner’s previously have allied on other corporate social responsibility and sustainability initiatives, specifically those on disaster relief efforts. One of their latest collaborations focused on delivering food to thousands of families affected and displaced by the Camp Fire in Northern California. 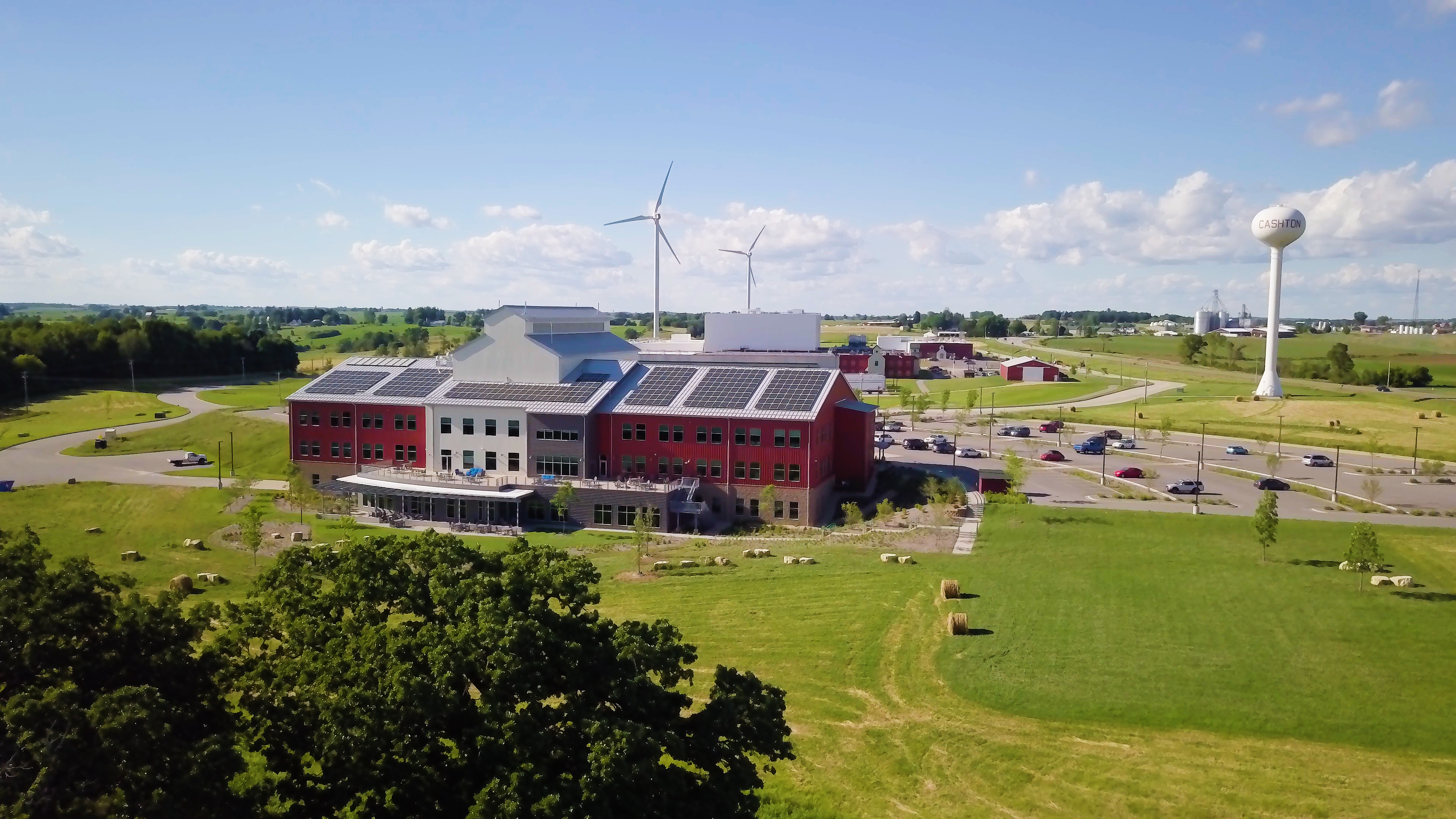 Like Organic Valley and Dr. Bronner’s, Clif Bar is seeking renewable energy investments that go beyond commodity RECs. That shaped the vision behind the 2-MW solar installation it is building at the company’s 300,000-square-foot bakery in Twin Falls, Idaho — by far the largest "behind the meter" installation in the state.

The array, slated for completion in May, will supply about 30 percent of the power needed at the facility, or about 3 million kilowatt-hours of electricity. Like the Organic Valley projects, the site will include pollinator habitats. In addition, Clif Bar intends to offer educational tours about the technologies and design approaches. Aside from the solar technology, the site features carports with electric vehicle charging infrastructure, a water-source heat pump, light-directing solatubes and a reflective roof design, among other things.

Purchasing commodity RECs, in today’s market, does not drive the construction of new projects.

"When we look at investments like a solar array, we see that bigger mission," Hammond said.

Another facet of Clif Bar’s strategy that should receive more attention is its 50/50 by 2020 initiative, which encourages 50 of Clif Bar’s supply chain partners to source at least half of the power used for Clif Bar-related business from clean energy sources by 2020. As of September, 44 partners had stepped up. Two-thirds of the organizations making commitments made a 100 percent renewable energy commitment — mostly by purchasing RECs, Hammond said.

Beyond its direct investments, Clif Bar is one of the first companies to back a new portfolio being built by NativeEnergy, a Public Benefit Corporation, that is intended to help encourage community-scale projects that have found it difficult to secure financing.

"Purchasing commodity RECs, in today’s market, does not drive the construction of new projects," said NativeEnergy President Jeff Bernicke in a statement. "For this reason, companies with ambitious goals for renewable energy and Scope 2 emissions are actively seeking an alternative. They want to make an impact and know their actions add more renewable energy to the grid."

The new offering builds on Native Energy’s Help Build initiative, designed to support wind, water, biogas, solar and other renewable projects. The projects in this new portfolio will be required to pass the same bar of additionality requirements that often are used to justify carbon offset projects, said Jennifer Cooper, vice president of strategy with Native Energy. "We had to develop a slightly different sort of project," she said.

The aim is to support at least 200,000 megawatt-hours of new renewable generation by 2025. Aside from Clif Bar, ethical beauty company Lush Cosmetics and scooter company Lime Bikes are early investors.