The origins of the circular economy

The following is an edited excerpt from "The Circular Economy: A Wealth of Flows"  by Ken Webster (Ellen MacArthur Foundation, 2015).

Introduction: A circular economy has profound consequences for production, employment, education, money and finance but also induces a shift in public policy and taxation. 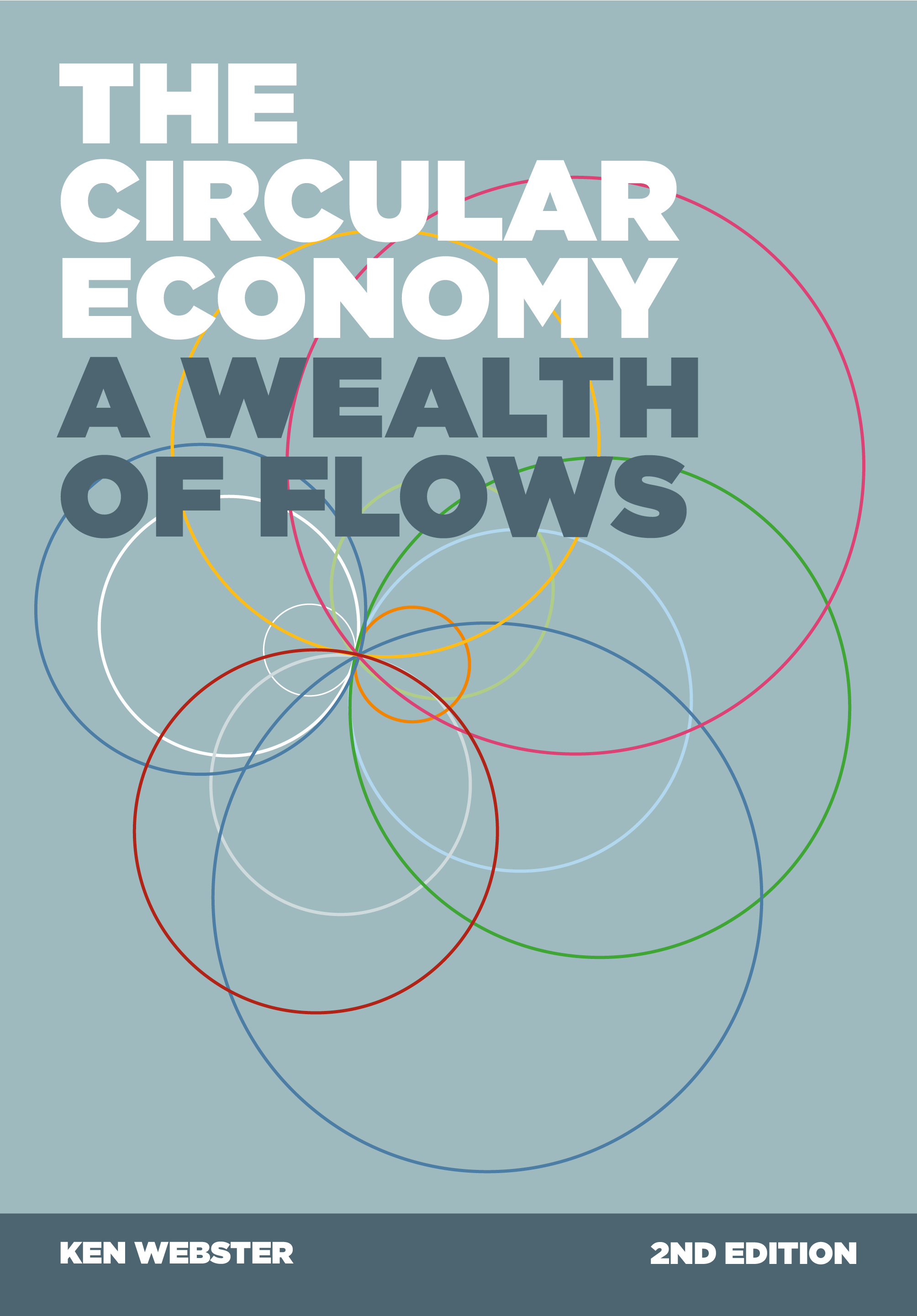 The economic advantage of this model lies in designing out waste, enabling access over ownership and favoring radical resources productivity, with the prospect of rebuilding natural capital and resilience. "The Circular Economy: A Wealth of Flows" provides a thorough overview of this regenerative model. This second edition [published in 2017] contains the following entirely new chapter, expanding on the role of digital, on how we see the world, how the economy really works and how we can act within it.

The circular economy is built on a feedback-rich systems perspective. This perspective was born out of computing. Previously, dreary and difficult manual calculation of what happens when the output of dynamic equations is fed back in as new input, time after time, meant the process did not usually go very far and the results were of limited use.

We already had the mathematics, the non-linear equations, just not the means to iterate them hundreds and thousands of times and to display the output meaningfully. The first modeling of real world systems emerged in the decades after WW2; modeling that is, which hadn’t been reduced to some oversimplified clockwork or "pipework." It was not only a genuinely new way of seeing the world, but it became a new way of acting within it.

In the late sixties, this systems worldview brought the first "big picture" take on the world of material resources, energy, population and economic growth, the Limits to Growth (1972). A whole new landscape appeared, and by the late 1970s, so did a whole new language too: of tipping points, fractals, attractors, power-law relationships, topographies and the "butterfly effect."

The "circular" in circular economy is a cipher for feedback, for closing the loop, but revealed in the light of the economy being part of an open system — bathed in the energy from the sun — and where decay and disorder are every bit a reality as regeneration and restoration. It’s a contrast to the analogy of economy as machine — extract-make-and-dispose. The only feedback is monetary.

Information and communications technology (ICT) and the circular economy have a very deep relationship quite apart from this big picture/different system orientation. The very means through which we can imagine prosperity in a circular economy is through a digital-meets-systems perspective.

The additional materials and energy related feedback loops illustrated  so often in the circular economy “butterfly” diagram can be seen as a reflection of the possibilities emerging from this digital revolution. The feedback loops have long existed, yet before the digital revolution, they were relatively underdeveloped in a modern economy, swamped by throughput (the amount of material or items passing through a system or process).

These loops are now revitalized, perhaps even transformed (or they will be!) If Bill Clinton once insisted that "It’s the economy, stupid," then a new prosperity or direction looks like this: "It’s in the feedback, stupid." 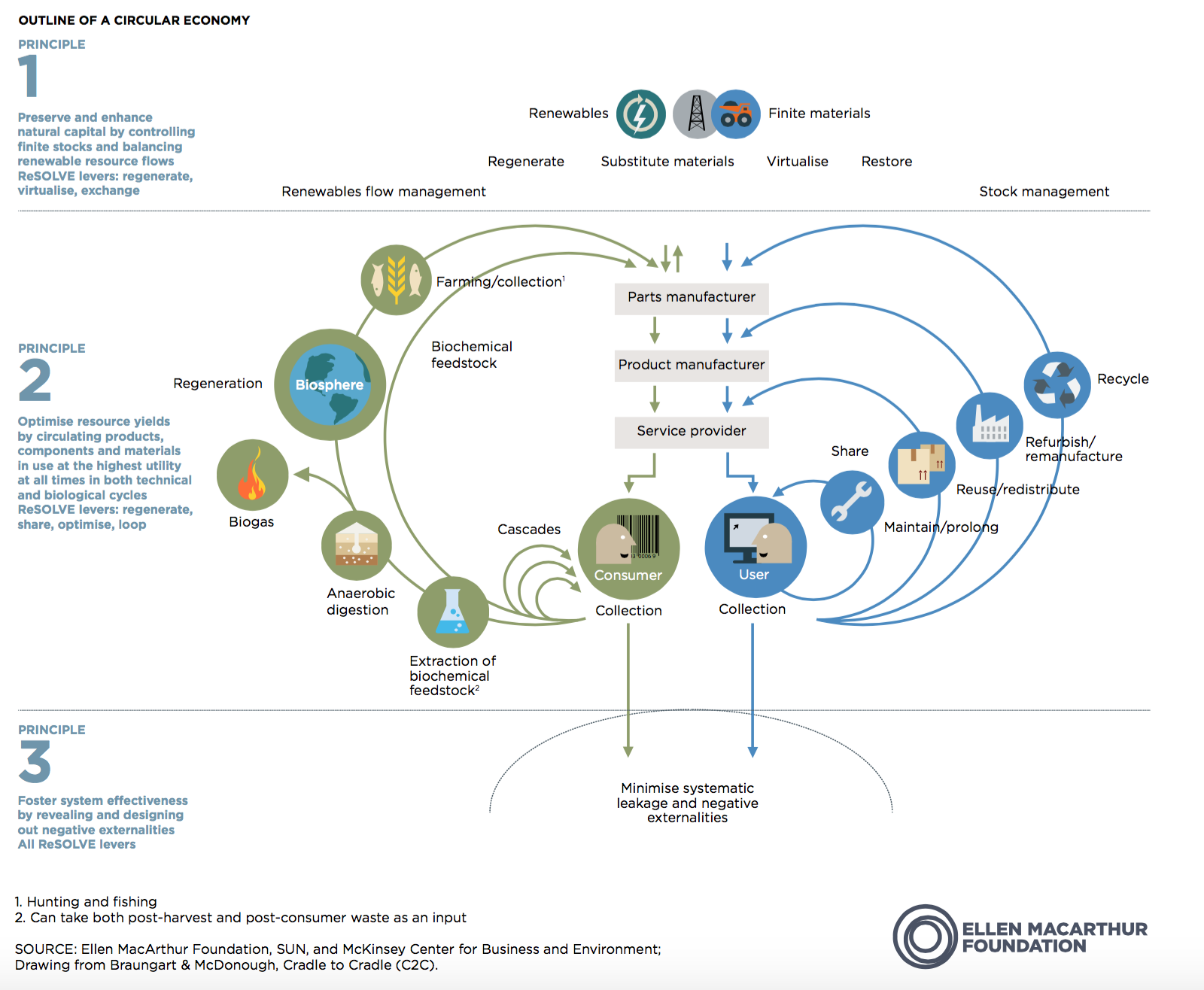 The potential for business models around products  of service, the sharing economy, product life extension and reuse, repair and reverse supply chains lies with what digital feedback does to disrupt the old relationships. If we know what is happening during all stages of the creation, the use of a product, its next use, the relationship with consumers and users in ways which were not possible before, then Elon Musk’s approach to Tesla is no surprise since it is more like software-with-wheels embedded in a navigation system than anything automotive.

Many people used to think that a circular economy shift was about materials and energy prices and availability, but in the future, it will seem as if resources price spikes were just the prompt to accelerate the application of digital and a systems perspective more broadly.

Digital pioneer Kevin Kelly considers that in the future, "everything which can be shared, will be shared." He is anticipating a very different relationship: one of decentralized, on-demand services. "Moving from products to service is part of a broader trend, a shift to this new world where things are liquid. This liquidity is something that shapes and informs  all the other trends. We have things that are flowing, we have the ability to decentralize things, we have the sense that things are always moving, in flux.”

It is this optimisation question that brings us back to the idea of stocks as well as flows. In the standard two cycles circular economy diagram [above], there are clearly two kinds of capital illustrated:

In that sense, Kevin Kelly’s intuition seems to be a real direction of travel, at least for all the physical tools we use every day: the major white goods, telecoms, transport, buildings, offices and equipment. It is a perfect match for the eco-systemic thinking on the biosphere side to see ICT focused on creating easy convenient access to products and assets.

Overall it helps design out the throwaway society by shifting the consumption element to being a contribution to a regenerative cycle and the durables, to emphasize use, not consumption — while accepting that a cascade applies here too: from order to (eventual) disorder. The end point in the technosphere is clean molecules, ready for rebuilding products and infrastructure.

So, digital can be good news for knowledge, materials and energy. Shall we carry on the acceleration of its deployment? It would be impossible  to stop it. Perhaps this mix of convergent technologies, an associated worldview, a refreshed economic lens is some sort of sign of a renaissance for our times. It seems there is much more at stake than physical resources. 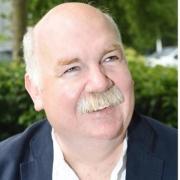 See all by Ken Webster