Outlook for cap-and-trade brightens in California

California last week announced the results of its latest auction of carbon pollution permits, completely selling out of permits for future carbon pollution for the first time. The increased demand for pollution permits reflects an encouraging development: Confidence in California’s climate action program is growing, and its long-term future is becoming more and more certain.

The carbon permits -- officially called “allowances” -- form the “cap” in California’s cap-and-trade program. Starting in 2013, businesses that are major carbon polluters in California will need to turn in one of these allowances for every ton of carbon pollution they produce. California established a fixed supply of these permits in order to "cap" industry’s greenhouse gas emissions, with the "allowance budget" established out to 2020. Because the cap declines each year, California businesses will need to reduce their pollution over time. The allowances can be bought and sold -- the "trade" in cap-and-trade -- so that companies with the cheapest opportunities to reduce their pollution can sell excess permits to those who face more costly reductions. While more than 90 percent of the permits for the first phase of the program are being given away for free to utilities and industries in California, some permits are auctioned off at a price, making clear what the going rate is for carbon pollution in California.

Each allowance auction in California is really two sales in one. First is the auction of "current year allowances" -- permits that companies can use to cover this year’s carbon pollution. These permits have sold out in each of four auctions to date. Second is the auction of "future year allowances" -- currently, these are for 2016. This advance sale of permits is intended to prime the pump on the market, even though the permits can’t be used until companies have to cover their 2016 pollution. Until now, demand for these future permits has been more limited.

While current year permits sold for less than expected in this round, for the first time, the future year permits sold out. California offered almost 10 million future year permits -- and they sold at a clearing price of $11.10. This reflects a growing confidence in the durability of California’s cap-and-trade program and its carbon market. The fact that more than 95 percent of the allowances purchased were bought by those who will have to turn in permits to cover their pollution also shows that California businesses recognize that this program is here to stay.

Another important aspect of California’s climate program is that it relies not just on the cap-and-trade program, but also on a variety of measures aimed at transforming the California economy into a leader in a low-carbon future. The state long has been a front-runner in energy efficiency, renewables, clean fuels and clean cars. Now, it’s showing the possibilities of pushing the envelope even further by pairing these measures with a price on carbon pollution.

This is a critical decade for U.S. climate action. We’re seeing how California, Maryland and other states are responding to global warming’s threats. As the federal government moves forward, the experience that California and other forward-thinking states are gaining can provide valuable lessons in how to address the climate change challenge. 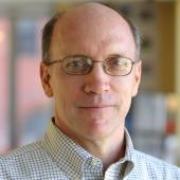 A bipartisan price on carbon? Here's what to watch for

See all by Kevin Kennedy