In a room teeming with do-gooders and change agents, Lord Michael Hastings (Commander of the British Empire), KPMG's Global Head of Citizenship and Diversity looked upon the opening night audience at Net Impact -- people who had come across the country and in some cases around the world to learn, discuss, and connect around the power of business to create social and environmental good -- and asked them to rebalance a society out of control.

During the opening keynote to the three-day conference in Portland, Oregon, Lord Hastings avowed that the single most effective way to change the world is overcoming cynicism -- not a product or a business model, but an attitude.

"Do the unexpected," Hastings' address beseeched the audience -- a group that spanned 14 countries, 39 states, 129 schools and as many organizations. "Take the view that society's dilemmas and its resolution are mine."

"Cynicism erodes our capacity to persist with change, destroys our soul," said Lord Hastings. He also pointed to the costs of social dysfunction, as represented by the cost of housing the prison population of the United States, $80 billion per year.

He told the story of a blind man in the UK who maps his environment through echolocation to "see," drawing a parallel with humanity's common need to develop a new set of senses to adapt to the confluence of crises facing mankind -- population explosion (the 7th billionth baby was just born), environment, debt crisis, and historic levels of inequity.

Weaving together insights from great thinkers of our time (David Brooks, Phillip Blond, Jeffery Sachs, as well as Robert Kennedy and Bertrand Russell), Lord Hastings gave a wide-ranging intellectual discourse spanning history, economics, and ethics. He believes that Western society suffers from a "tsunami of wishful thinking" -- a culture of free lunch in a reality where no free lunch exists -- and that our endemic problems as a civilization can be traced to our success in overturning the once-dominant Judeo-Christian ethic to restrain appetite.

As a Brit peering in from the outside, he observed that Americans are either terrified by the mere mention of religion or obsessed with it. But secularism, while a catalyst for culture and creativity, historically results in an upset of traditional moral values and ethical frameworks that leaves behind a vacuum of social cohesion. The result, as with the Greeks and Romans, is vulnerability to conquest and its own internal collapse.

What we need, Lord Hastings posits, is social cohesion based on common purpose in order to deal with the momentous changes of our times. We need to get there through sacrifice, he suggests, not by "signing checks or waving flags." What does all this -- moral fiber, clarity of values, and an absence of cynicism -- have to do with green business? These are people who authentically feel that society ills and the planet's problems are not someone else's to solve, but their own. That takes courage, and courage requires inspiration.

It is inspiring to be surrounded with a few thousand friends who are willing to let go of cynicism and believe that change can happen. 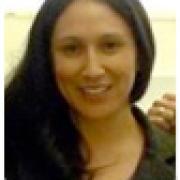