Overdue: The next Copernican mindset shift

How glorious to be part of one of the great growth industries of this century, the sustainability solutions sector.

Even before the $12 trillion-a-year market forecasts for 2030 produced earlier in the year by the Business & Sustainable Development Commission, it was already clear that the current era is likely to prove to be, as a colleague put it recently, one last lash of the dragon’s tail. But as the fossil-fueled dragon tries to ward off the mass stranding of its treasured assets, it is also increasingly clear that sustainability itself is ripe for disruption.

In a world fixated on entrepreneurs such as Larry Page (Google) or Elon Musk (Tesla/SpaceX), it’s easy to forget that there always have been disruptors — whether in philosophy, science, technology, economics, politics or war. One who has popped up in recent conversations is Nicolaus Copernicus, who was in peak form 500 years ago.

By putting the sun at the center of his heavenly model, Copernicus turned the prevailing astronomical paradigm inside out. In the process, he threatened to turn the established political order upside down. Now, at a time when most current sustainability models center around people, markets and capitalism, it is time to put natural cycles — particularly the carbon cycle — at the core of the sustainable business agenda.

Paradigm shifts are existentially unsettling for those invested in older, fading worldviews.

Expect seismic dynamics — psychologically, economically, politically and culturally. Anyone who has read Thomas Kuhn’s extraordinary book "The Structure of Scientific Revolutions" will know that paradigm shifts are existentially unsettling for those invested in older, fading worldviews.

Indeed, perhaps the man we should be recalling is not Copernicus, but Tycho Brahe. Living and working around the time of Copernican champion Galileo Galilei, Brahe tried to reconcile clashing ideas by building a model of the solar system allowing key elements of heliocentrism to fit in — while still giving Earth a central, starring role.

Looking back, it’s amazing the contortions he went through to force-fit the new evidence into the old paradigm. So, the obvious question: Are we latter-day Brahes, busily shoehorning the uncomfortable realities of Earth system science into our increasingly obsolescent economic and business models?

Threshold of a revolution?

Uncomfortably, the evidence suggests that many of us are, although often unconsciously. As a result, 30 years after the landmark publication of the Brundtland Commission report, the sustainability industry is on the threshold of its very own Copernican revolution.

You see positive evidence in emerging frameworks such as the Future-Fit Business Benchmark, which explicitly places business within the wider social and natural contexts. Along similar lines, the Stockholm Resilience Centre’s work on nine "Planetary Boundaries" and the International Geosphere-Biosphere Programme’s analysis on the "Great Acceleration" underscore the increasingly urgent need for just such a shift away from "business-at-the-center-of-everything" models and worldviews.

Most business leaders still see Earth system science as remote from their own understanding of — and felt responsibilities for — sustainable business.

Meanwhile, even in the face of such evidence, most business leaders still see Earth system science as remote from their own understanding of — and felt responsibilities for — sustainable business. Something they can opt to buy into, or not.

So, to help spotlight and tackle such top team blind spots, and to map ways forward, we are producing a series of filmed interviews with next-generation innovators, entrepreneurs, investors and business leaders. Please take a look at our Project Breakthrough showcase, which we are co-evolving with the U.N. Global Compact and Atlas of the Future.

Dropping down a level, we also are immersed in the Carbon Productivity Consortium. Comprising Covestro, Volans, SYSTEMIQ, the Future-Fit Foundation, Futerra and Innovation Arts, this is a new open-source initiative designed to support and measure progress in climate-related innovation, commerce and policy.

Originally described in a 2008 McKinsey study, "carbon productivity" was defined as the amount of GDP produced per unit of greenhouse gas emitted into the atmosphere. The consortium is building on this concept, using the natural carbon cycle as a key element of the framing.

We are acutely aware that many organizations already are beavering away in this space — and are working hard to connect with and learn from them. To get a better sense of who’s who, and doing what where, we are mapping the carbon productivity landscape. Here, too, the aim is to showcase innovators working on potential breakthrough answers to the questions posed by the U.N. Sustainable Development Goals.

At the heart of the initiative, SYSTEMIQ and the Future Fit Foundation are co-evolving an open-source tool to measure carbon productivity across sectors. The aim is to provide novel insights into the climate change mitigation levers available to corporate leadership teams, across their extended value chains.

To shift mindsets, including our own, we must expand our focus from assets and stocks to pathways and flows.

Our collective challenge is to reframe the conversation on carbon, helping leaders see this semi-magical element as a critically important resource, albeit in new applications ranking from nanomaterials to farmland regeneration, not just as a life-on-earth-threatening menace.

To shift mindsets, including our own, we must expand our focus from assets and stocks to pathways and flows. Specifically, flows that will shape tomorrow’s economies, among them those of money, data, water, electrons and genes.

Among the pioneers (or heretics, perhaps) we are working with Paul Hawken, whose book "Project Drawdown" (published this month) showcases and ranks key technologies and initiatives with the potential to reverse climate change. We will feature his work June 14 at a Carbon Productivity Basecamp in London, along with the strategies of companies such as Interface — whose pioneering Climate Take Back initiative promotes radically different ways of managing carbon.

Those who know their history also know that the Copernicus story is far from encouraging in terms of the speed of true paradigm shifts. Nearly 2,000 years after the ancient Greeks observed that the Earth revolved around the sun, Copernicus still couldn't get most people — particularly those in power — to grasp the basic facts of heliocentrism, however compelling the evidence.

Now, once again, we must embrace and help drive a paradigm shift that will reshape worldviews at a Copernican level. This time, though, it involves helping business understand that its operations are part of, and likely to be profoundly shaped by, the natural world — not the other way around. Please fasten your seat belts. 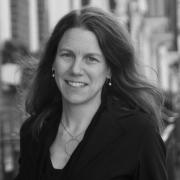