The pandemic has revealed cracks in the foundation of conservation funding

With COVID-19 upending conventional sources of conservation funding, conservationists are rethinking how to fund their work.

In June a statue that had stood in Bristol, U.K., for 125 years was thrown into Bristol Harbour because the philanthropist it depicted had made his fortune by trading slaves. Among the many debates raised by this is one with relevance for conservation: What’s more important — what you do with money or where it comes from?

In the face of the coronavirus pandemic, with most international travel stalled and the economy nosediving like an unpopular bronze effigy, conservation income is suffering. And while this is cause for particular concern today, the circumstances around COVID-19 are also shining light on issues that existed well before the current pandemic.

Take, for example, the fact that in much of Africa, conservation is funded by international tourism. "There has been a tragic inability to separate conservation from tourism in Africa," says Kenyan conservationist Mordecai Ogada. "In order to sell ‘pristine’ landscapes to tourists, Indigenous people are forced to leave their land or encouraged to go to the periphery of a reserve. Meanwhile, very little of that [tourism] money reaches the [Kenyan] state wildlife service who actually enforce conservation law."

Globally, tourist activities account for roughly 8 percent of greenhouse gas emissions, and even ecotourism can harm the very species people travel to see. In Indonesia, wildlife tourism has caused declines in the iconic Komodo dragon, while in Malaysia it has degraded coral reefs. So, while money from tourism has helped to conserve Fijian reefs and Colombian mangroves, the downsides of the funding source need to be reckoned with even if international travel does bounce back.

Fossil-fuel extraction is another concern. The dramatic plunge to negative oil prices in April seemed like a win for the planet. Yet this could reduce the cash available for saving species. A not-insignificant amount of conservation funding relies on fossil-fuel money either directly or via philanthropic bodies, through donations, partnerships with companies keen to green their image, carbon offsetting and even direct investments by environmental groups in fossil-fuel stocks and drilling for oil on conservation land.

Can funding for conservation be more sustainable and resilient? What would that mean? And how can it be achieved?

Bram Büscher, professor of sociology and development at Wageningen University, sees this as a serious issue. "I don’t believe in a purist politics where you can sit nicely on the sideline and be ideologically sound," Büscher says. "But that is something else from taking money from sources that directly contradict your own stated aim. It does not even help to ‘offset’ these forms of pollution, because you basically legitimize longer use of those polluting resources, which will undo any of the short-term offsetting conservation thinks it does."

IBIS Rice is a conservation enterprise set up by the Wildlife Conservation Society (WCS) to help protect rich forests and rare birds — such as the giant ibis — in Cambodia. IBIS Rice farmers meet strict environmental standards, and in return, IBIS Rice pays the farmers 40–50 percent over the market rate for their rice.

The strategy seems to be working: Deforestation has dropped dramatically; more ibis chicks are fledging; and farmer well-being has improved since IBIS Rice began operating in 2009. The project has shown great resilience to the current crisis; despite the premium rice selling for over $3 for 18 ounces, sales have gone up during the pandemic.

Nicholas Spencer, CEO of IBIS Rice, says there could be many reasons for the increase in sales. "People who would normally eat out might want to cook restaurant-quality food at home," he says. "Some people might also want organics for health reasons, or be more aware of the links between protecting the environment and human health."

Whatever the current motivations, the interest in conservation commodities is not just a coronavirus-induced phenomenon. IBIS Rice has been growing for over a decade, while "sustainable" commodities (with varying social and environmental standards) generate billions of dollars annually. Meanwhile, the success of IBIS Rice means that WCS can help raise environmental standards for rice more widely through its participation in the Sustainable Rice Platform.

"Diversity is the key to resilience," says David Meyers, executive director of the Conservation Finance Alliance, a professional association for conservation finance experts and practitioners. "In nature, if you have a big enough area that is diverse enough, it comes back so much better after shocks — for example, agroforestry is more resilient than monocultures. The same is true in finance."

The perils of relying on just one source of income can be seen in the safari heartlands of Africa. With tourism dramatically decreased due to pandemic shutdowns, many reserves are struggling to keep conservation activities going.

Nashulai Maasai Conservancy is the first reserve in Kenya to be run by Maasai people. Like many conservancies, it used to make most of its money from visitors coming to see elephants, lions and zebras. Unlike most conservancies, however, in Nashulai the Maasai — and their cattle — live inside the reserve, alongside the wildlife.

For several years Nashulai has been developing sustainable livestock production as a supplementary form of income. Markets to trade the animals are closed due to COVID-19 restrictions, but the herds still proved a vital buffer when tourism collapsed. Nashulai’s co-founder, Nelson Ole Reiyia, says that while crowdfunding was critical to buy flour and sugar, homegrown milk and meat helped sustain the community and its anti-poaching patrols. According to Ole Reiyia, Nashulai had no wildlife killings during the lockdown in Kenya, which he attributes to efforts to ensure that people were well fed.

Finance mechanisms that have weathered the coronavirus storm, without sacrificing social well-being or environmental sustainability, may provide some clues as to alternative ways forward.

With no safaris likely for a while, Nashulai is striving to further improve its resilience. "We are working with the community to change our economic system so we have more diversification," Ole Reiyia says. "Having an improved herd of bigger and better cattle can be a safety net away from over-reliance on tourism. Fewer but better cattle help us to more sustainably balance the ways we use land. Since we cannot trade our livestock right now, we have also planted community gardens and grown vegetables."

As IBIS Rice and Nashulai show, focusing on the environmental and social sustainability of funding does not have to come at the expense of economic stability. In fact, it turns out that sustainability itself can boost economic resilience.

Investment giant BlackRock found that during the economically turbulent first quarter of 2020, 94 percent of investments made with some sort of sustainability criteria (environmental, social or both) did better than similar investment portfolios made without. Yet while many environmental funders and conservation organizations invest significant sums in the stock market to raise funds for nature, not all of them have guidelines on which companies they will and will not invest in.

While groups such as the Sierra Club Foundation have commitments to not invest their endowments in sectors such as fossil fuels, some major conservation non-governmental organizations and funding bodies have not applied, or have only partially applied, sustainability screening to their multimillion- and even multibillion-dollar investment portfolios. Some have justified this on the grounds that investing sustainably would reduce the amount of money they make for conservation.

But upon further examination, this argument doesn’t seem to hold up. Following the "DivestInvest" strategy of defunding big polluters and putting those dollars into more sustainable enterprises (such as solar panels or sustainable farming) isn’t just good for the environment; according to research by Morgan Stanley and BlackRock, investing sustainably could make as much or even more cash than "traditional" investments, while substantially reducing the risk of losing money.

The World Resources Institute, which has invested its $40 million endowment sustainably for years, points out that by investing sustainably, foundations also can drive the economy in a greener direction. "Private sector financial institutions oversee trillions of dollars of [investable] capital," the organization notes on its website. "How they choose to deploy these resources will have a large impact on which companies, technologies, and projects succeed and flourish."

Driving these wider reforms in cash flows may be even more critical to conserving nature than the amount of money raised for NGOs. "We need transformational change," Meyers says. "Government spending on environmentally damaging activities is at least five times higher than on directly financing nature, so if you don’t reduce that then we are on a pretty destructive course, whatever else we do."

Conservation finance alone can’t change the world, and, as Meyers points out, "given the challenges faced by human impacts on nature, even incremental change would be good."

However, Büscher says that conservation needs to look a bit deeper into where its money comes from.

"Conservation has been part and parcel of the same economic system that is causing the problems — that is why it has been winning battles but losing the war," he says. "I do think conservation should actively interrogate its funding sources and draw clearer lines."

As the examples above show, putting environmental and social sustainability at the heart of conservation financing is not just nice to do — it also can support economic resilience and drive bigger changes. What you do with money matters; it seems where it comes from has a pretty big impact, too.

Editor’s note: Claire Wordley wrote this story as a participant in the Ensia Mentor Program. The mentor for the project was Fred Pearce. 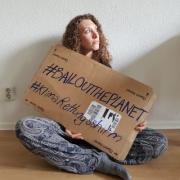 See all by Claire Wordley