Partnership 2.0: Redefining the Boundaries of a Sustainable Company

Partnerships have been on my mind lately: it's nothing new, one might say, as partnerships are at the core of stakeholder-centered sustainable business. Yes, indeed, business-society collaborations have been catalyzing many sustainability initiatives, including a well known sustainable carpet collaboration between Shaw and Bill McDonough's MBDC company or company-secondary schools partnership that allows TerraCycle to packages its organic fertilizer into used soda bottles while giving schools a new option for fundraising.

Yet, with all of those innovative collaborations well appreciated, something qualitatively new has been happening in the world of cross-sector partnerships. Three examples serve to illustrate the point: 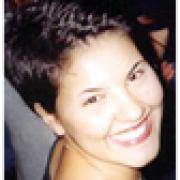 A new era of innovation for a resource-depleted world

Management Knowledge Leading Positive Change: Are We Ready to Tip?

The Business of Development: Innovation, Profits, and the Common Good

See all by Nadya Zhexembayeva