At Patagonia, a Deep-Seated Commitment to Environmentalism

Catering to alpine and other outdoor enthusiasts means much more to Patagonia, Inc., than just designing and selling the highest-quality outerwear. It means making a deep commitment to pressing environmental and social concerns as well. By developing an environmentally conscious corporate culture and supporting the environmental causes and groups its customers care most about, Patagonia has hit upon a winning business formula that sets it apart from all other outerwear marketers, and stands as a shining example for all environmentally minded businesses. Patagonia's strategy, "doing well by doing good," is paying off in stellar sales and fiercely loyal customers.

Patagonia, based in Ventura, Calif., enjoys a reputation for innovative social and environmental responsibility that extends down to the company's roots. Founder Yvon Chouinard started Patagonia in the late 1960s as a sister to the Chouinard Equipment Company, purveyors of hardware for alpine climbing and other outdoor activities. When Chouinard realized that climbing equipment degraded the pristine wilderness setting in which it was used, he decided to make his equipment environmentally responsible, offering an innovative alternative to traditional bolts.

Although the Chouinard Equipment Company has since been sold, the environmentally responsible tradition lives on at Patagonia. The company takes environmental issues into consideration in all aspects of its business, from the materials in its clothing to the construction details in its retail stores, to supporting various environmental causes of concern to its customers.

Patagonia's commitment starts with an internal assessment that helps the company understand and prioritize opportunities to minimize environmental impact. Everything from the wood and lighting in Patagonia's retail stores to the food in the corporate cafeteria has been scrutinized for possible environmental harm. The company now maintains an extensive recycling program, composts its food waste, uses low-flow toilets, and participates in the U.S. Environmental Protection Agency's voluntary Green Lights energy-efficient lighting program. Even the grounds around company headquarters feature edible landscaping -- banana trees.

Patagonia works closely with suppliers to minimize the environmental impact of its clothes. In 1993, Patagonia was one of the first customers for Wellman's EcoSpunTM fiber that they incorporated into fleece jackets and pants redubbed Synchilla PCR (for post consumer recycled). Anxious to help build the market for this innovative material, Patagonia spread the word on "PCR Synchilla"; today, the use of recycled materials in various types of fabrics is widespread, helping to keep costs low for all.

To help cut down on the pollution of soil, air, and water associated with cotton farming (which is chemically intensive despite its benign image) Patagonia uses only organically grown cotton effective with the Spring 1996 line. So as to not let the relative expense of organic cotton stand in its way, Patagonia chose to "split the difference" with consumers, reducing its margin while asking them to accept a $2 to $10 price increase on each garment.

To help enlist their support for the more sustainable alternative, Patagonia educated its consumers about the environmental imperative of growing cotton organically. Educational efforts included extensive customer communications including an essay in the spring 1996 catalogue by Yvon Chouinard, and an interactive display in its headquarters.

As part of its attempts to reduce the environmental impact of its products, Patagonia simply makes fewer of them. Supporting the company's corporate goal to be a model sustainable enterprise, in 1993, the company decided to limit its product line to 280 styles. In Chouinard's words, this decision stems from the desire "to avoid cluttering the world with a lot of things people can't use." High quality, durable products don't have to be replaced often and when out-grown can be passed along for further use. He dubs the idea of capping the size of the company, "Natural Growth," as it mimics a principle of nature -- if something gets too big for the community, it will die. Likewise, if the size of the company gets out of control, it can outgrow its consumer support.

Support for Environmental Groups and Causes

Patagonia reinforces its strong ties to consumers by supporting environmental groups and causes that it cares most about. Each year Patagonia pledges 1% of its sales or 10% of pre-tax profits, whichever is greater, to groups actively working in such areas as biodiversity, old growth forests, environmentally preferable methods of resource extraction, alternative energy, water and social activism and environmental education. Referring to this commitment as an Earth tax, Patagonia donates primarily to smaller environmental groups and organizations that work on local environmental protection initiatives.

As an example, Patagonia supported the "Friends of the Ventura River" group to clean up an unofficial bird sanctuary bordering the Ventura River near the corporate headquarters. Among its commitments, Patagonia is a founding member of the Conservation Alliance, an organization of like-minded companies seeking to give back to the outdoors.

Contrary to the more conservative sentiments of many a mass marketer, Patagonia is not afraid to support controversial groups and causes such as Planned Parenthood (the company views population growth as a critical environmental problem), or the now defunct Earth First! group. While acknowledging that such efforts will offend some would-be customers, Patagonia believes its most loyal patrons support the same causes, or will at least respect the company for taking a stand.

Through April 1997, Patagonia contributed more than $8 million to hundreds of organizations including the Access Fund, the Surfrider Foundation, and the Earth Conservation Corps.

Patagonia's commitment to quality and pioneering environmental and social practices add up to more than just business success. In little more than a decade, Patagonia has amassed $150 million in annual sales throughout the U.S., Japan, and Europe. In addition, the company has won numerous awards, including the American Marketing Association's 1995 special Edison Award for Corporate Environmental Achievement, a listing in The Nation's Top 100 Companies, and a nine-year stint on Working Mother magazine's "100 Best Companies for Working Mothers." Yvon Chouinard was also invited to participate in President Clinton's Corporate Responsibility Roundtable, held at the White House in 1996.

Although sales and accolades are important at Patagonia, it is clear the company manages with an eye on a double bottom line, measured by a strong corporate culture, and recognition as a force for social and environmental change. Their success provides a lesson to other businesses looking to garner profits while furthering environmental and social priorities. 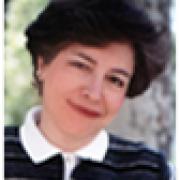 Beyond New and Improved: New Frontiers of Design Innovation

Lessons from the Green Graveyard

See all by Jacquelyn Ottman