Patagonia founder takes aim: 'The elephant in the room is growth'

After 30 years of path-blazing work, Patagonia founder Yvon Chouinard has a few mutinous attitudes about the world of green business. He hates the word sustainability. He doesn’t want to emulate Apple. And at his company, he says, they actually ask themselves: Does the world really need another polo shirt?

In a far-ranging keynote interview with GreenBiz Group Chairman Joel Makower at the GreenBiz Forum in San Francisco (watch video here), Chouinard tipped many a sacred cow. He wondered aloud whether sustainability efforts are working, and remarked at the same time that the spread of green business practices “has happened so much more quickly than I could have imagined.”

"If these Fortune 500 companies are now cleaning up their act, then why is the world still going to hell?” said Chouinard to an audience of hundreds of CSR officers and aspiring eco-preneurs. “The elephant in the room is growth: you make an energy-efficient refrigerator, so then you buy two of them. Not one public company will voluntarily restrict growth to save the planet.”

Chouinard compared Patagonia’s innovations over the years (from recycled materials to using all-organic cotton) to the behavior of the oldest companies in the world, some of which are 200 to 300 years old.

"Their underlying values were quality, innovation and controlled growth,” he said. “Public companies have to grow 15 percent a year. You’re being pulled all the time to grow ... and part of the way we grew was more items. We’re questioning all that.”

In fact, Patagonia’s trend is leaning decidedly towards limiting growth — both within the company, and as a value communicated to the public. On Black Friday in 2012, the company ran a New York Times ad with a Patagonia jacket under the headline, “Don’t buy this jacket.”

"We run anti-consuming billboards in New York City,” Chouinard said. “We ask our customers to think twice before you buy a jacket from us. Do you need it, or are you just bored?”

"The problem is us. We're no longer called citizens — we’re consumers,” he continued. “We’re like an alcoholic in denial. Until you get rid of the denial, nothing will happen.”

“I believe in appropriate technology. We want to make something that replaces an old, efficient product,” he said. “It’s based on quality … simplicity. We consume 75 percent more than the average European, but they have a much higher quality of life.”

Leading by example was another theme for the sustainability pioneer. When it started sustainability efforts in the 1980s (back before the word existed), Patagonia made changes quietly. Eventually, it started telling the world what it was doing, running up to the creation in 2009 of the Sustainable Apparel Coalition with Walmart, which now represents 35 to 40 percent of footwear and clothing production worldwide, according to Chouinard.

Chouinard sprinkled the conversation with his opinions on a score of other topics, stating his hope that the generation of millennials can “see through the (expletive)” and change the course of our economy.

He also gave some advice: Make consumption uncool. “Fashion is a powerful thing.”

Do you see similarities between Patagonia and Apple, Makower asked.

“No — not at all,” said Chouinard. “Try to open an iPhone or get it repaired. You can’t because they want you to buy a new phone next year. I can’t relate to a company like this.”

Food is where the next revolution is coming, Chouinard said. Patagonia has launched a product line for outdoor enthusiasts called Patagonia Provisions that includes “the most sustainable salmon we could find,” from rivers where the count is watched to ensure robust species.

Makower also asked Chouinard about his succession plans for Patagonia after his retirement. The system would essentially force the company to go public if he and his wife died, Chouinard said, so they got around this by registering it as a benefit corporation. With the requirement that 1 percent of sales must be given to environmental causes, the company would have to be sold to “like-minded investors, so we can cast in concrete all our values.”

“Every time we’ve made a decision that’s right for the planet, it’s made us more money,” said Chouinard. “Civil democracy is the strongest force in America by far. Not corporations, and not the government. When we all start acting like citizens we can turn things around.”

He received a standing ovation. 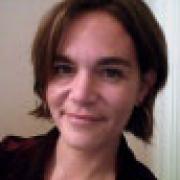 See all by Hannah Miller