Renewable transport is key to decarbonizing the economy, but mass-scale production of electric cars carries its own raw material challenges. As we rebuild, can we look towards more resilient long-term solutions?

By no later than 2050, the emissions of more than 900 million fossil fuel cars and 9,000 fossil fuel power plants must exit the global economic system to mitigate a climate crisis. This is an immense task for policymakers to realize in the coming 30 years, and transitioning to electric transport is a necessary part of the solution. But by simply swapping one vehicle for another, we risk a whole new set of problems trying to solve the climate crisis with the same short-term thinking that created it.

Current European and national strategies to meet climate targets rely almost entirely on the deployment of new technologies such as electric vehicles for mobility and solar panels and wind turbines for electricity. But by deploying these technologies on a massive scale into an economic system that remains linear and extractive, we risk failing to fully address the threat of climate change while creating grave, new social and environmental issues at the same time.

New carbon-free transport and energy technologies are growing fast but still play a marginal role in the current system. In 2018, only 0.2 percent of the cars driving on the European roads were fully electric, with wind and solar PV providing 14 percent of the electricity (IEA). These numbers are growing exponentially, which is promising, but deploying all these new proposed technologies at the scale we need within the timeline we need would require immense quantities of raw materials in a very short time.

Next to steel, copper, aluminum and fiberglass, these technologies contain a wide variety of critical and rare earth elements (REE) such as neodymium, cobalt and praseodymium. For some of these metals, meeting projected global demand for electric vehicles would require a more than threefold increase in production in the next 10 years. This stacks up quickly alongside large projected increases in demand for solar panels and wind turbines.

It remains uncertain if production can scale up fast enough to meet projected metal demands. It can take up to 10 or even 20 years to open a new mine, and these resources and production facilities are found in only a few countries. This makes these supply chains fragile, susceptible to geopolitical conflict and vulnerable to external shocks.

During the current coronavirus crisis, production of electric vehicles has dropped, with manufacturers citing "battery supply bottlenecks" that highlight vulnerability of the supply chain. The controlled supply also has price implications.

Currently, China produces almost 80 percent of the lithium hydroxide used in electric vehicle batteries globally, and cobalt mining is concentrated in one country — the Democratic Republic of Congo (DRC) — responsible for 65 percent of global supply. The price of lithium doubled between 2016 and 2018 in anticipation of increased demand for electric vehicles. In June, Tesla said it has adopted a plan to develop cobalt-free batteries that insulate it from some of these impacts in the future.

An additional danger of mass production is unintentionally adding to questionable practices at the mine sites. Mining operations often employ child labor, have poor working conditions and use violence and corruption. Recent research has shown that these situations have occurred at 20 of the 23 largest mining companies in the last 10 years. The expansion of more sites can lead to severe local environmental and social issues, making it imperative that mining is done in a sustainable and fair manner.

These combined uncertainties call into question our approach to massive-scale electric car production. Are private cars the most future-proof and effective technologies to get us from A to B? A study by Metabolic, Copper8 and the University of Leiden shows that investments in public transport and vehicle sharing can help us hit climate targets while reducing dependency on raw materials, excessive resource extraction and waste.

This study recommends applying circular economy principles to address specific potential pitfalls of current transport and energy plans. A circular approach aims to make more effective use of resources already in circulation, reducing dependence on resource extraction in the long term. This means fewer complex supply chains to navigate and less pressure on the expansion of new mines, which are frequently associated with highly damaging environmental and social effects.

Circularity also focuses on making sure we can reuse resources by designing for disassembly and recyclability. Although scientists are making slow progress, most energy technologies are designed in a way that is material-intensive and wasteful at end-of-life.

A review in Nature estimates that electric vehicle sales in the United Kingdom from 2017 alone will result in 250,000 tonnes of unprocessed battery pack waste. Parts can be recycled, but the current design of batteries make full disassembly and high-value reuse impossible.

By designing products differently and setting up the right infrastructure, materials can be reused, repaired or recycled indefinitely instead of being dispersed, incinerated or dumped in landfills. When governments focus their innovation funds on redesigning clean technologies to close the loop at end-of-life, they also benefit from retaining economic value within their borders.

Strategies that focus on fewer cars also would address multiple recurring mobility-related issues such as air pollution, congestion and accessibility. And governments are already beginning to pivot in this direction.

The U.K. Department for Transport recently published its plans highlighting the importance of a transport system transition over a vehicle transition. It revealed a vision of future travel with a focus on walking, cycling and public transport. As transport minister Grant Shapps said: "Public transport and active travel will be the natural first choice for our daily activities."

In the wake of the coronavirus pandemic, cities around the world are showing signs of following suit. Milan has announced an ambitious plan to reduce car use after the lockdown, and the Colombian city of Bogota is exploring a massive expansion of cycling infrastructure during and after the current crisis. Also, Rome (Dutch) and Paris have plans to change their transport system and keep cars off the roads. These are all promising signals prompting leaders around the world to interrupt the rotation of persisting problems and produce sustainable future-proof transport systems.

As we redesign societal systems to mitigate climate change, we have an opportunity to prioritize solutions that improve the quality of human life, while upholding environmental integrity.

For the decarbonization of our cities, this means designing mobility and energy systems of the future that remain stable and resource-efficient, while addressing the climate crisis.

It's no longer possible to ignore the advantages of having a resilient economic system — a system that can withstand a crisis, nurtures local economic value, looks after our health and uses resources sustainably and fairly within the limits of our planet. 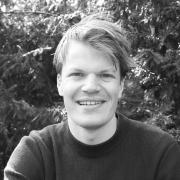 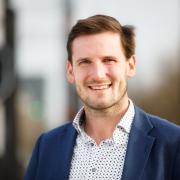 See all by Pieter van Exter