This week's U.N. summit in Copenhagen has seen it's fair share of press, but what is most compelling about this event is what's happening on the ground.  In my 14 years working on Carbonetworks, I have never seen this level of activity in climate change and business -- both positive and negative. But it's the perspective that counts and reveals what is really going on with the business of climate change.

It first hits you at the airport, just steps from your plane. All manner of advertising assails you from every angle, from billboards to announcements to people stopping you in your path to give you their pitch. There was even a guy in green chicken suit. Some of it is great, such as respected organizations doing their best to combat climate change. Some of it is awful, with blatant greenwashing from companies that have little, if anything, to do with climate change or its solutions. It was enough to make me a bit angry at this level of greenwashing -- and I wasn't the only one.

A tangible shift has occurred around the public's approach to climate change and it's business and politics here at COP15. Tens of thousands of protesters have descended on Copenhagen -- some peaceful, some certainly not. But the one thing that binds them with many of the businesspeople and policymakers here is that they are angry. This anger is often focused at business because it is the most visible and accessible component of the climate change talks. At times I almost felt betrayed by many of the activists' denouncement of business, as I consider myself to have a long-standing and successful commitment to climate change, helping hundreds of businesses around the world do so as well. Yet people definitely do not feel that enough is being done to help save the environment, and the copious and sometimes offensive green marketing throughout the city has only exacerbated the issue.

We get to see a lot that most people don't see. I consider myself very lucky to be involved in COP15 not only because it's an historic event, but also because my company has been fortunate enough to be included at the center of the process. This gives us a view that most people don't have the chance to see, and it is this view that I believe shows the true nature of climate change in business behind the marketing, protests, and politics.

This week we have spent time with a number of leaders from U.S. and Danish governments and CEOs of some of the world's largest companies. In our sessions one thing became very clear: The U.S. government is committed to climate change, and big business is already doing an incredible amount of work in this area and generating tangible results for their business.

The first thing you notice is how well-versed leaders in the Obama administration are about climate change and its financial impacts on the U.S.  Secretary of Commerce Gary Locke demonstrated an incredible depth of knowledge on the subject in our roundtable sessions and focused on how business can help. I've found the same depth of knowledge and commitment to climate change issues in similar sessions with other U.S. leaders, such as U.S. Interior Secretary Salazar, White House CTO Aneesh Chopra and others. Secretary Steven Chu put it best at the closing of the Bright Green event when he said, "The days of America dragging its heels on climate change are over." If solving complex issues like climate change is about getting the smartest, most committed people in the room, the Obama Administration is certainly making headway.

Even the U.S. Ambassador to Denmark was on board. After only a short time on the job, she held a reception at her house with some of the top U.S. companies involved in the Copenhagen event. I learned from these business leaders what their companies have done in carbon reductions, energy savings, and other environmental initiatives -- and the results may surprise you.

I spoke with one large multinational whose carbon and energy efficiency programs have saved the company 20 percent of their annual operating expense for their shipping business, and expect even more next year. They don't advertise it; to them it's just smart business. A Big 4 software firm outlined their plans for a global carbon reporting initiative that will help thousands of companies.  Again, they don't market it, it's a way to help these companies and grow their business. A cement giant at the event also walked through how energy and carbon reductions have been part of their business for decades -- and without an ounce of marketing.

What's important here is that perception is driving a lot of the debate around the business of climate change because we make judgments on what we can see and touch. Unfortunately to date, much of this has only been through marketing, media, and sound bites. But when you peel back the onion to see what is really going on, you learn that there is a vibrant and critical movement in the business of climate change whose momentum cannot be stopped -- the only question is who will harness it.

This is why COP15 is so important, as it will take these leaders to figure out who will benefit from the biggest revolution to hit business in decades, and which economies will make it happen. We want the smartest guys in the room, and we want them committed. After a week in Copenhagen I can say that this is exactly what the U.S. is doing.

So peel back the onion on the business of climate change and ignore the hype. Look at the companies you buy from, the ones you work for, or the ones that work for you, and see what they are doing to reduce their impacts. You'll likely find that they are doing more than you know.

Look at your government leaders and gauge their commitment on climate change and their approach to growing your business. This can only help our economies on the state, local, and federal levels. Global policy and regulations take time, and what's important is that we stay focused, committed, and engaged in the business of climate change in order to prosper.

Michael Meehan is president and CEO of San Francisco-based Carbonetworks. 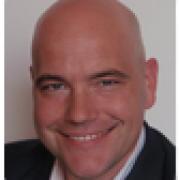