This week's conversation with Dan Bena, Senior Director of Sustainability at PepsiCo was a fabulous one. Dan is a self -- described "connector of the dots for major impact" and it is clear that he is doing just that and much more.

At a company that conducts business in more territories than the United Nations and boasts nearly 300,000 associates worldwide, there is much to do and I am happy to report that PepsiCo is digging in largely in part due to Dan's efforts and optimism. The focus of our conversation was on PepsiCo's global strategic partnerships, particularly pertaining to water conservation, access to water, as well as ensuring clean water -- some of Dan's proudest projects. We also talked about the work of the PepsiCo Foundation, and why PepsiCo's operational model is something they call Performance with Purpose.

It's worth noting that as I write this Dan is in Paris speaking at the U.N. Organization for Economic Co-operation and Development (OECD), whose mission it is to promote policies that will improve the economic and social wellbeing of people around the world. Dan is sharing his expertise and gleaning new information that will potentially help PepsiCo better address the global challenges they face as a large corporation. And challenges abound. 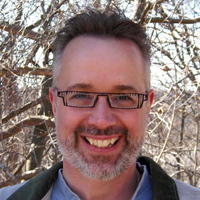 Implications for PepsiCo? Six out of 10 raw materials used in Pepsi products are agriculturally based which, of course, need water. Agriculture uses 70 percent of water worldwide, and in developing countries that numbers climbs as high as 90 percent. (Developing countries are PepsiCo's biggest market opportunities). Pretty big implications, indeed.

One specific project I particularly enjoyed is one between Pepsi and Indian farmers with direct feeding of rice.

As Dan describes, "We invented an innovative piece of equipment that goes on the end of a tractor and automates a direct feeding. It allows farmers to direct seed on a lot more acreage and we're seeing 20 to 30 percent savings in water over traditional flood irrigation. We're also seeing 70 percent in GHG emissions on farms because so you don't get methanogenic activity at the base of the crop. So, you talk about a win-win. It's growing a staple food crop with farmers in developing countries, saving significant water, and reducing GHG emissions. It's like manna from heaven. More and more when they start to see the benefits, they want more."

I wanted more conversation but that will have to be saved for next time. In the meantime, I will be reading his new book that just came out last week called Sustain-Ability. (See more on his website: www.danbena.com). It is meant to help smaller companies figure out the impact they can have in sustainable development. I recommend picking one up. 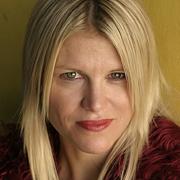