The consumer goods company scored an 'F' grade on a recent scorecard released by the Rainforest Action Network.

Real progress can be hard to come by. More than seven months after a landslide shareholder vote at Procter & Gamble’s (P&G) October shareholder meeting instructed the company to determine how and whether it could eliminate deforestation and intact forest degradation in its supply chain, P&G has yet to take meaningful steps toward addressing its forest footprint.

In March, the company doubled down on its existing approach by using the same old myths of sustainability in its new Environmental, Social, and Governance Platform for investors. But just a few weeks later, NRDC published new evidence that P&G is failing to ensure that its forest sourcing does not come at the cost of fundamental Indigenous rights, threatened species and the global climate.

Now, a recent scorecard released by Rainforest Action Network (RAN) confirms yet again that P&G lags behind its peers in the multinational consumer goods market when it comes to the inadequate action it’s taken to address the impact of its sourcing of forest-risk commodities. In RAN’s evaluation of brands and banks on how they are addressing their contribution to the destruction of forests, ongoing land grabs and violence against local and Indigenous communities, P&G finds itself among the worst offenders and lands an F grade.

P&G is failing to ensure that its forest sourcing does not come at the cost of fundamental Indigenous rights, threatened species and the global climate.

But while P&G delays taking adequate action, other consumer goods giants continue to demonstrate that progress is possible, embracing many policies that environmental and civil society groups have long called on P&G to adopt. These updated policies from companies such as Unilever, Mars and others are only the beginning of a path toward improved corporate sustainability. While the road ahead will require additional steps for all companies with forest footprints to eliminate their deforestation and intact forest degradation impacts and to uphold human rights, P&G would see improvement not only by taking a page from these other companies, but also by further demonstrating industry-leading commitments that align its practices with the related human rights and sustainability principles it publicly affirms.

No Deforestation, No Peatland clearance and No Exploitation (NDPE) commitments are fairly common in the corporate world and have been in place for years, P&G included. But some companies have recognized that these commitments alone do not go far enough. For example, Unilever’s recent People and Nature Policy creates clear upstream accountability for their suppliers at the corporate group level to minimize deforestation and conversion impacts across commodities, as opposed to focusing just on a single commodity, such as palm oil. Unilever also reports it will increase traceability and transparency by using technologies such as satellite monitoring and geolocation tracking to help it achieve a deforestation-free supply chain by 2023.

Similarly, Mars has committed to sourcing five of its raw materials linked to driving deforestation — including palm oil and pulp and paper — only from producers and suppliers that demonstrate compliance with no deforestation of primary forest or areas of high conservation value, no development in high carbon stock forest areas and no development on peatlands. To do so, Mars is establishing a monitoring platform to verify suppliers’ compliance with the company’s requirements and, in instances where suppliers aren’t meeting Mars’ deforestation-free requirement, the company engages, suspends or removes these suppliers if they fail to come back into compliance after being notified.

Transparency and accountability go hand in hand with sustainability

When it comes to ensuring suppliers are accountable to the policies and commitments outlined by a company, transparency is a necessity. For example, Nestlé recently began disclosing its list of suppliers across 15 commodities that account for 95 percent of the company’s annual raw material sourcing and also has disclosed a preliminary forest footprint analysis. For its palm oil sourcing, Unilever’s reporting is similar and includes publishing lists of previous direct palm oil suppliers and indirect oil palm growers that have been suspended from its supply chain.

Both companies also have processes in place to address issues of noncompliance by their suppliers. Unilever’s palm oil grievance procedure, detailed below, provides an avenue for lodging a complaint against suppliers and a process for creating and implementing a time-bound action plan to resolve the grievance. Nestlé’s grievance mechanism applies to all employees and stakeholders, and the company’s reporting includes transparency around the number and types of messages it receives annually. Nestlé’s website also offers guidance on how to report a concern and what happens after you’ve sent a report.

Although P&G moved to publish a Palm Grievance Tracker earlier this year, it continues to lack a public grievance tracker for other forest-risk commodities such as pulp. Instead, P&G points to a general grievance process through an independent company for reporting violations related to its supply chains, which lacks transparency around what violations are reported and how the company has responded to remedy them.

Respecting the rights of Indigenous and local communities

Requiring suppliers to obtain free, prior and informed consent (FPIC) of local and Indigenous communities whose lands may be affected by both existing and new operations is an essential element of sustainable, ethical sourcing. Unilever’s People and Nature Policy requires its direct suppliers to include procedures for upholding the rights to FPIC and to independently verify their compliance. Hershey and Kellogg’s also have included explicit commitments to zero tolerance for harassment, intimidation, criminalization or violence towards human rights, environmental and land defenders in their revised policies. It’s worth noting that Hershey, Mars, Nestlé and others in the cocoa industry currently face a lawsuit alleging the previous use of child slavery in their supply chains. It will be important to see how these companies put their human rights commitments into practice to address these issues, as well as how their recent improvements to policy and enhanced supply chain transparency and traceability will aid in preventing further potential human rights violations.

While P&G’s revised "Wood Pulp Sourcing Policy" voices the company’s respect for the right of Indigenous and local communities to give or withhold their free, prior and informed consent, it remains unclear whether P&G’s policy actually requires its suppliers to demonstrate their compliance, and if so, how. This is particularly concerning given NRDC’s recent "By a Thousand Cuts" report that found that three key pulp suppliers to P&G do not require FPIC, which P&G has not announced any action in response to. Having an explicit policy requirement that suppliers demonstrate proof that FPIC was obtained is a necessary step toward respecting Indigenous rights, as well as providing the grievance processes necessary to identify and remedy issues of noncompliance that may harm workers and local communities.

Companies must look beyond the direct greenhouse gas emissions from their own operations to account for and work to reduce the indirect emissions associated with their sourcing. These "scope 3" emissions include all emissions that occur both upstream and downstream in a company’s value chain, such as emissions associated with logging forest fiber for their products. In 2020, Unilever announced a commitment to achieving net zero emissions for all its products by 2039, including the scope 3 emissions from the sourcing of the materials that the company uses. To do so, the company recognizes that it must work with partners across its value chain and, therefore, prioritizes "building partnerships with our suppliers who have set and committed to their own science-based targets."

Tackling the climate and biodiversity crises will require companies such as P&G to go beyond their perceived comfort zone and make bold commitments that fundamentally shift the landscape.

In the pulp sector, tissue maker Kimberly-Clark has committed to a 20 percent reduction in absolute Scope 3 emissions "from purchased goods and services and end of life treatment of sold products," as well as a goal to reduce its natural forest fiber footprint by 50 percent by 2025. This is particularly significant given the devastating impact to the climate of using clearcut forests for toilet paper.

Currently, P&G lacks both a science-based commitment and timeline for reducing its Scope 3 emissions, despite these emissions accounting for the vast majority of the company’s carbon emissions. This omission places the company firmly as a climate laggard.

What will it take for P&G to become an environmental leader?

Tackling the climate and biodiversity crises will require companies such as P&G to go beyond their perceived comfort zone and make bold commitments that fundamentally shift the landscape. That’s true leadership, and other companies are demonstrating it is possible.

While even the companies highlighted here still have a lot of work to do to fully eliminate forest, climate and human rights impacts, these corporate policies, paired with improved transparency and reporting, show what companies are doing right now to minimize impacts on forests and the Indigenous Peoples, local communities and workers affected by forest-risk commodity production.

P&G must do more to match pace with its peers, and even more for the company to be an environmental, social and corporate governance leader. Ultimately, strong corporate commitments and transparency are simply tools for achieving a more ethical and sustainable supply chain. Which specific tools P&G chooses and how it applies them will determine whether the company can keep up with its peers and adequately respond to investor concerns, all while meeting the urgency that our global environmental crises demand. 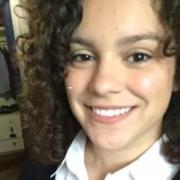 See all by Ashley Jordan