Will the giant consumer packaged goods company place itself head and shoulders above the rest?

Procter & Gamble, which last year introduced the first consumer-grade bottle made from plastic collected from beaches and oceans, is stepping up its circular economy initiatives as part of new corporate sustainability goals for 2030 (automatic PDF download) disclosed Monday.

Of particular note, considering the heightened focused on corporate water stewardship: P&G has pledged to embrace recycling and reclamation processes for about 5 billion liters of the water it uses annually for manufacturing, which amounts to about 10 percent of current consumption.

The site in Taicang is known as the "Chinese Water Garden," because it is surrounded by a park that both employees and the general public can visit. The plant makes the Head & Shoulders, Pantene and Vidal Sassoon brands. It was P&G’s first site in China to achieve "zero waste to landfill" status, and it was also the first to switch over to wind power, consuming about 6 million kilowatt-hours per year. Among the water features there are wetlands, permeable paving, bioswales and vegetated roofs that capture water and reduce the "heat island” effect at the facility.

"Water is cheap, so to invest in water treatment, you need more than just the financial," Virginie Helias, vice president of global sustainability at P&G, told me. "You really need the passion to believe in the end that it is the right thing to do. And in the end, there was a lot of savings, which is often what happens. When it starts, you don’t know what you’ll wind up with. And here, it turned into a great investment."

P&G’s circular model for this approach uses a system for treating washwater that includes dissolved air flotation methods, biological tanks and reverse osmosis technologies. This approach also helped reduce the amount of water needed for cleaning production and packaging equipment. Part of the treated water is directed into the cooling towers (which accounts for about 60 percent of the recycled water), while the rest is vaporized and redirected into other on-site processes.

According to a case study published about the project, the investment delivered helped reduce:

P&G has engaged World Resources Institute to help it assess what locations to prioritize based on an analysis both of its largest consumer brand market and its corporate operational footprint, Helias said. So far, it has determined that about 30 percent of its industrial sites (40 locations) are in water-stressed areas.

A master committee will share some processes pioneered in Taicang with other manufacturing locations, as it makes sense for the local teams. "That’s really the lighthouse. This is what we’d like to have on all our sites," she said, pointing specifically to the plant’s water reclamation systems. 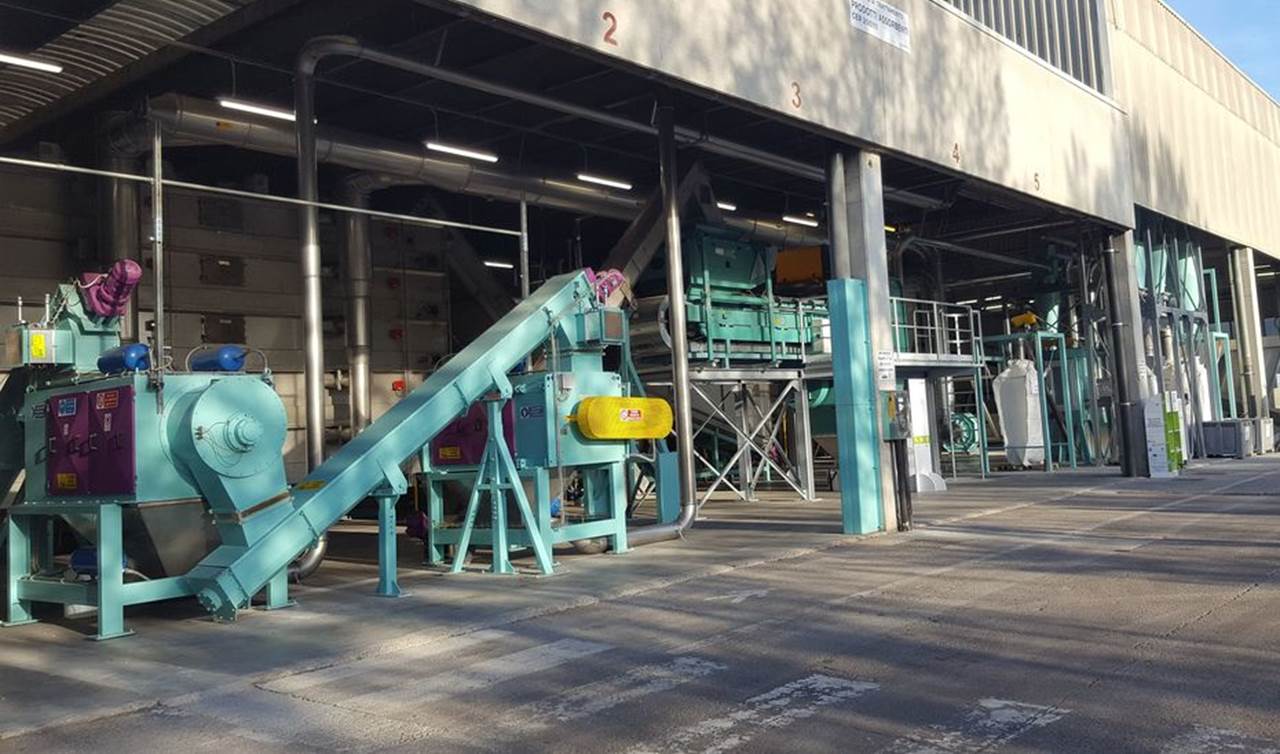 A second life for soiled diapers?

The company is also ramping up its plans to tackle another area for which there are few solutions today: developing and scaling the recycling infrastructure for soiled disposable baby diapers, feminine sanitary napkins and adult incontinence napkins.

"We have invented a technology that can turn 100 percent of diapers into valuable material, like plastic cellulose and absorbent material," Helias said.

The first place P&G will introduce this system near Venice in Italy, where the company has set up a joint venture with Gruppo Angelini, a large Italian health care products company. The organization, Fater, has built an industrial-scale plant at a waste management operation that collects and processes material for more than 50 municipalities.

The technology sanitizes the diapers, then separates the various materials used in their construction. Each tonne of used hygienic material produces about 150 kilograms of cellulose, 75 kg of mixed plastic and 75 kg of absorbent material, according to a press release issued in October. The facility can handle about 10,000 tonnes of collected material annually, it estimates. That covers about 1 million people.

The aspiration is to be up and running with "full diaper recycling" in 10 major cities. The next facility will be in Holland, and P&G is discussing the model with municipalities in India and other places where diaper littering is a huge health issue.

P&G will work with cities to encourage the development of scalable collection systems. It is working with a consortium of about a dozen other companies, founded by a European Union grant, which are exploring ways to increase the value of the raw materials. "We have qualified the business model; we are ready to scale," Helias said.

Turning waste into worth

How can we find outlets for our waste that are useful for others?

While the company isn’t talking much about its plans to reuse packaging, Helias hints that news on that front is on the horizon — it’s researching and piloting the idea now; cleaning the returned containers is one of the largest challenges.

Meanwhile, it’s focusing not just on whether materials have a second life but on plugging gaps in the collection system and creating market demand for recovered materials.

For example, P&G is working toward doubling the amount of recycled materials that are in its packaging by 2020. One example of what it is already doing is the ocean-plastics bottle that it created in collaboration with TerraCycle and recycler Suez.

Developing a market for recycled materials is the responsibility of the P&G Global Asset Recovery Purchases team, which imagines new applications for production scraps and other industrial waste. For example, in China, waste from one facility is being used to as a material for bricks, while in India some scraps are used for creating residential and commercial wall partitions. "How can we find outlets for our waste that are useful for others?" Helias mused.