Imagine a bank giving back more than it takes in. Well, the new PNC Bank branch in Fort Lauderdale, Fla., is 50 percent more efficient than existing bank branches, and is expected to produce more energy than it consumes.

Of course, the bank branch isn’t really giving anything away. The excess power is sold back to Florida Power & Light Company through a net metering program. But the prototype net zero branch demonstrates that PNC is committed to pushing past previous benchmarks, and raising the efficiency bar higher still.

In 2002, PNC committed to achieving LEED certification to all newly constructed or renovated bank branches, and now claims 119 buildings -- more than any other single company in the world. The bank also has committed itself to reducing energy consumption by 30 percent by 2020 (2009 baseline).

PNC frequently describes its LEED-certified buildings as green branches. The bank trademarked the “Green Branch” term in 2007, and is not a standard like LEED. It refers to retail branches which contain a combination of energy and water saving technology and recycled building materials -- even design features that have nothing to do with sustainability such as an Internet café.

That said, PNC's efforts on efficiency are clearly more than greenwashing.

Nana Wilberforce, the bank’s vice president of energy management, is a soft-spoken man who nevertheless gets called “energy czar” by his colleagues at PNC. Improving energy efficiency is a priority for PNC, he said, because real estate facilities management represent the largest expense after payroll, with energy as the biggest expense within those facilities.

“My role at PNC is to make sure we keep our energy costs down, and get the most competitive rates for the energy we do use,” Wilberforce said.

To establish benchmarks, PNC uses a tool called the Energy Star Portfolio Manager, which allows it to compare energy usage of its buildings with similar buildings in the same geographic region. The tool also lets PNC rank energy usage between its own facilities.

The bank goes through a continuous process of examining performance and placing buildings into one of three categories, which Wilberforce calls “the good, the bad and the ugly.”

“We look at the ugly ones first and ask, 'Why are you ugly?'” he said.

An ugly building audit ensues. All of the energy consuming components are examined, and the worst offenders identified.

In 2009, Wilberforce and his team identified lighting fixtures as one of the biggest energy wasters. PNC spent $60 million to replace outdated fixtures, an effort that has cut the bank’s energy costs by 15 percent. PNC has tracked ROI and found that it was able to recoup its largest investments in about 3 years.

“Given the escalation of energy costs of 5 percent to 7 percent per year, we’re doing really great,” Wilberforce said.

The new net zero branch in Fort Lauderdale is a pilot project to examine how solar power can reduce energy costs still further.

During the day, much of the branch’s power comes from 211 solar panels installed on the roof and car bays. Those panels send electricity directly to a DC ceiling grid system that powers LED lighting, preventing the energy loss that normally would occur when converting DC to alternating current AC.

Occupancy sensors track movement and natural sunlight, dimming interior lights and computer monitors when not needed. PNC claims that the branch will use 70,000 kilowatt-hours of electricity per year, even though it generates 84,000 kilowatts.

Other eco-features abound. High efficiency water fixtures in the building reduce water consumption by 40 percent compared to conventional branches of equal size. Outside, natural drainage channels allow stormwater from the parking lot to filter in the ground rather than sheet off into the municipal sewer system.

In 2002, the bank committed to achieving LEED certification in all new buildings, and has been making a variety of efficiency improvements to many existing branches since then.

The PNC Tower in Pittsburgh, a new headquarters slated for completion in 2015, will be one of the most efficient buildings in the world.

But the most visible efforts from the consumer standpoint are at the banks retail branches.

PNC collaborated with the design firm Gensler to take part in the U.S. Department of Energy’s Net-Zero Energy Commercial Building Initiative. Twelve other branches in Florida will be retrofitted this year with some, but not all, of the branch technologies.

[Editor's note: This is an updated version reflecting that PNC decreased its energy budget by 15 percent since 2009.] 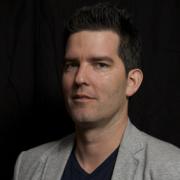 Fruition Sciences' secret to finer wine? Data from the field

Ayla launches platform to accelerate the Internet of Things

See all by Thibault Worth