The Portland region of Oregon has a legacy of reducing carbon emissions while encouraging economic growth and welcoming  new residents.

Since 1990, total local carbon emissions have fallen 14 percent while the metropolitcan area grew by 150,000 people and 75,000 new jobs. That reduction translates to 35 percent per person.

The progress that's been made to date on Portland’s climate action goals are due, in part, to some things that Portland is best known for — a robust alternative transportation network and an urban growth boundary that prevents unchecked sprawl and the accompanying transportation emissions.

In addition, Portland has been working hard on both energy efficiency, through programs such as Clean Energy Works Oregon, and on transitioning to renewable energy, through community purchasing programs such as Solarize Portland.

But the gap between where Portland’s carbon emissions are now and where they need to be by 2050 is weighted with complicated research questions. Additionally, Portland is taking a proactive approach to climate change preparation by taking steps to protect the region from the impacts we’re already starting to see such as reduced snow packs, higher temperatures and more intense rain events.

Blocks away from Portland City Hall sits the city’s home research institute, Portland State University (PSU). PSU has its own Climate Action Plan, is a signatory institution of the American College and University Presidents’ Climate Commitment, and employs a great number of scientists across many disciplines with expertise on climate-related subjects.

PSU is also home to the Institute for Sustainable Solutions (ISS), which seeks to make the assets of the university available to solve complicated societal problems. Working with Portland’s Bureau of Planning and Sustainability, the department in charge of the city’s climate work, ISS helped develop a list of climate-related research questions that needed answers and consequently the Portland Climate Action Collaborative was formed.

Supported by funding from the Bullitt Foundation and the James F. and Marion L. Miller Foundation, the collaborative teams Portland State researchers with city of Portland staff to take on some of the most complicated pieces of Portland’s Climate Action Plan.

A key to the success of the partnership is that research priorities are set by the city of Portland and based on local climate action needs. Working from inside the larger university structure, ISS acts as a broker to find the right matches among PSU research faculty and helps with project management along the way.

PSU researchers in urban studies, engineering, economics and environmental science are tackling topics such as heat islands, air quality and the local food economy. They are developing effective tools and methods for community involvement in identifying and mapping climate assets. They are developing plans for more connected urban green spaces, better transit planning and the management of floodplains for the Willamette River.

In June, the Portland City Council voted unanimously to approve the 2015 Climate Action Plan, the latest update to a plan that has been in place since 1993. The newest iteration includes a focus on equity and the first example of what the Portland Climate Action Collaborative could achieve.

In February, an interdisciplinary team of researchers sat down with regional officials and public health organizations to discuss the region’s challenges in understanding residents’ vulnerabilities due to urban heat islands. The team spent months collecting temperature data and created a map that layers areas that are particularly likely to see heat island effects with demographic information identifying populations likely to be most vulnerable to heat.

The map provides policy-relevant information at a neighborhood scale and informs objectives the city and county have to improve access to climate-related resources and services. (The heat island research is included in the new Climate Action Plan starting on page 110.)

The success of the Portland Climate Action Collaborative depends on just this type of research. It is co-created between those working on policy and those conducting the research. With the Climate Action Plan providing the framework for developing research questions, both sides walk away with something of value, something relevant and something that can be built on in the future.

The PSU Institute for Sustainable Solutions is committed to working the City of Portland to broaden and deepen the collaborative in the future. With the support of continued funding, PSU researchers will take on more climate-related research projects, work even more closely with the city to identify issues across the region, and develop internships to enable PSU students to add capacity to the effort. The more projects the collaborative is able to take on, the more complicated problems can be solved and progress can be made on our collective climate action goals. 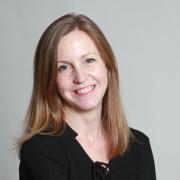 See all by Christina Williams