Positivity and vision are key to building a better future

In the light of COP21, we need to be thinking optimistically about the state of the planet if we want to create tangible, extraordinary change.

Just as I was putting pen to paper for this piece I was amused to receive an invitation from a wonderful organization called "Julie’s Bicycle" to an event with the compelling title: "How to be a COPtimist: Culture, Creativity and COP21."

Optimism regarding the state of the planet in the face of climate change is in understandably short supply these days. Most of those who know the science (really know the science) see optimism as an illusionist’s bolt-hole. And most of those who’ve followed things at more of a distance feel very jaundiced at the failure of today’s political establishment and the increasingly offensive greed of today’s business élites.

But without hope (which I prefer to optimism), it’s next to impossible to persuade people to stir themselves into action rather than sitting on the sidelines rehearsing all the different ways there are of saying, "I told you so."

Instead of portraying the future Earth as a polluted, overpopulated hellhole, we must show it as a place where we would all love to live.

Instead of portraying the future Earth as a polluted, overpopulated hellhole, we must show it as a place where we would all love to live.

That psychological impasse set me on the trail of what became "The World We Made," published in 2013. My conviction — now and as I wrote the book — is very simple: Instead of portraying the future Earth as a polluted, overpopulated hellhole, we must show it as a place where we would all love to live: exciting; aspirational; high-tech; fair; and hopeful.

"The World We Made" is told through the words of Alex McKay, a history teacher looking back from 2050, trying to understand how we got from the world as it is today to a much more compelling world in which:

The point of "The World We Made" is that we pretty much have all the technological firepower we need to move from being inherently and hopelessly unsustainable today, to a more or less sustainable world by 2050. When I try and persuade skeptics that this is not just a pipe dream, my favorite analogy is that of Pearl Harbor. Until Japan attacked the United States, most of the manufacturing base in the U.S. was focused on consumer goods. Within nine months, much of this productive capability was converted to making the weapons of war. For instance, not one private car was produced between 1942 and 1945.

Without this kind of positive vision, we become more disempowered. Yet most environmental problems (apart from species extinction) are theoretically reversible if and when we get our act together. People often cite our relative success in restoring the ozone layer over the last 25 years or so as a measure of what we can do when we put our minds to it.

Climate change, however, is a very different story, not least because there is indeed a point where it becomes all but impossible to slow increases in average temperatures. Which brings us neatly back to the 21st session of the Conference of the Parties in Paris — COP 21 — at the end of last year.

You may think the difference between 2 and 1.5 degrees C doesn’t sound like much. However, the difference is massive. By near-universal agreement, this was a pretty extraordinary event, where for the very first time world leaders seriously got their heads around the threat of runaway climate change. They confirmed the need for every country to do everything in its power to limit the average temperature increase by the end of the century to no more than 3.6 F — and then, even more remarkably, to aim for an even lower threshold of 2.7 F.

Forget about targets and deadlines and so on, and just think about carbon budgets, the metric climate scientists prefer. Here’s what 1.5 C means from a carbon budget point of view: Scientists have calculated that we can put no more than 720 billion tons of carbon into the atmosphere if we want to stay below that 1.5 C threshold. Since the mid-19th century, we’ve already put 610 billion tons into the atmosphere, leaving a residual "budget" of just 110 billion tons. At the moment, we emit about 11 billion tons per year. Which means, putting it as starkly as people need to hear it, our remaining budget will be all used up in just 10 years’ time.

I doubt that a single world leader understood the implications of that in Paris. But they will by 2020. Every nation, rich or poor, by then will understand the imperative of moving toward an ultra-low-carbon economy as fast as possible.

Take transport, for starters. What would that look like in practice? By 2030, working together, governments and city mayors will have to have eliminated new sales of all petrol and diesel vehicles. Almost all vehicles (buses, cars, taxis, vans, trucks, etc.) will need to be either electric or hydrogen-powered. Absolute priority will need to be given to cycling and pedestrian infrastructure.

For the first time in a very long time, the air people breathe will be unpolluted. Thousands of deaths and hundreds of thousands of hospital admissions will have been avoided. Streets will be safer; kids will play outside across areas zoned primarily for people, not for cars. Suburbs will be "re-greened," with more space set aside for trees, parks, city farms and mini-market gardens.

For all the problems of today’s market economy, markets are powerful drivers of change. That was the kind of alternative I mapped out in "The World We Made" — for transport, energy, manufacturing, farming, water, waste and so on. And practically everything I pointed to at the time really has started to emerge in practice — including the pope becoming one of the world’s outstanding leaders in advocating for a "just transition" to an ultra-low-carbon society.

For all the problems of today’s market economy, markets are powerful drivers of change. Just look at the astonishing uptake of solar technologies across the world as prices have come crashing down over the last few years. Just look at the speed with which the coal industry is heading into a death spiral, unable to cope with competition from gas and renewables.

And just look at the way Elon Musk’s crusading drive to get a $35,000 Tesla into the market by the end of next year has revolutionized people’s expectations of the future of the car industry — with giants such as Toyota and GM intent on matching Tesla every step of the way.

The enemy of hope is not despair, but indifference. Post-Paris, we have a chance to change the "mood music" about the extraordinary benefits of a genuinely sustainable world, pointing out not only that it’s absolutely necessary to move in that direction, but that to do so will be both exciting and desirable. That’s what we mean by COPtimism. 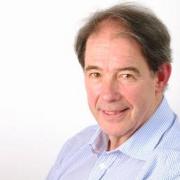 See all by Jonathon Porritt