The power of engagement and intrapreneurism in sustainability leadership

The following is excerpted from "All In: The Future of Business Leadership," by David Grayson, Chris Coulter and Mark Lee (Routledge, 2018)

Daniel Pink wrote in his remarkable book "Drive" about what motivates people, saying it boils down to three things. "It’s about autonomy, the desire to steer your own ship; it’s about mastery, the ability to be able to steer that ship well; and it’s about purpose, knowing that your journey has some wider, broader meaning." Engagement also requires that people feel they are treated fairly; that they are listened to; and that they are cared for.

Google is a company that has been built on a culture of radical, constant innovation. In 2017, it topped the  Fortune " Best Places to Work" list for the sixth year in a row. A range of programs and benefits help foster what employees say is a "safe and inclusive" workplace at this hive of high performers. Employees can make use of any of a number of channels of expression to communicate their ideas and thoughts. These include Google Plus conversations, a wide variety of surveys, Fixits (24-hour sprints wholly dedicated to fixing a specific problem), TGIFs (Google’s weekly all-hands meetings, where employees ask questions directly to the company’s top leaders and other executives about any number of company issues), and even direct emails to any of the Google leaders.

Employees are empowered (both equipped and encouraged) to take initiative and bring forward new ideas. Google provides its employees with 20 percent of their work time to be spent on their own projects.

One of us (David) has previously written about the potential of social intrapreneurs, who are: 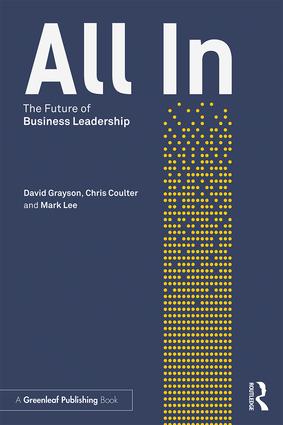 People within a large corporation who take direct initiative for innovations that address social or environmental challenges while also creating commercial value for the company. . .. They leverage existing infrastructures and organizational capabilities to deliver social value on a large scale. . .. Social intrapreneurs aim to generate entirely new forms of commercial value through significant innovations in products, services, processes or business models for their employers.

Social intrapreneurism is likely to be a powerful extra force driving progress toward the U.N. Sustainable Development Goals. Some companies are now putting selected employees through Intrapreneur Labs and other training programs, running "Dragon’s Den" style competitions where intrapreneurs can pitch their ideas, and have established Intrapreneurs’ Innovation Funds.

Google was one of the first companies to send young leaders with intrapreneurial potential to the Aspen Institute for Business & Society’s First Movers program. Several well-known Google products originated with intrapreneurs including Google News, Gmail, AdSense, driverless cars, Google Glass and the pioneering use of Google mapping tools to help landmine clearance and to prevent illegal logging.

When we ask what is driving businesses around the world to take more responsibility for their environmental, social and economic impacts, one thing that is invariably mentioned is social media and intensifying global connectivity. Don Tapscott discusses this in his book "The Naked Corporation." He argues that if businesses are going to be naked, then they had better be buff! In this context, "buff" means being responsible, coherent and consistent in the way they do business.

Another element of a sustainability culture, therefore, is fast becoming a willingness to embrace transparency. Over the lifetime of the Leaders Survey, we have seen an explosion not just in the percentage of large companies producing annual sustainability reports, but also in their quality and rigor. The consulting firm KPMG has tracked the trends in corporate responsibility reporting since 1993. In their latest analysis, they conclude: "Corporate Responsibility reporting is standard practice for large and mid-cap companies around the world. Around three-quarters of the companies studied in this survey issue CR reports."

The explosion of standards, certification schemes and industry codes of practice are contributing to the inexorable growth of this culture of transparency.

For all their imperfections and susceptibility to "free-rider" criticisms, the explosion of standards, certification schemes and industry codes of practice are also contributing to the inexorable growth of this culture of transparency. We also see transparency becoming more common in the actions of corporate sustainability leaders. For example, Google’s executive chairman shares with all Google staff practically the same material that the Board of Directors saw at their most recent meeting, including launch plans and product roadmaps. Rick Ridgeway shared his view that Patagonia has only been able to achieve all that it has because it has always remained a family-owned business and had the freedom to pursue long-term strategies including transparency, which he suggests encourages innovation.

In our internal operations, top management will work as a group, and with maximum transparency. This includes an "open book" policy that enables employees easy access to decisions within normal boundaries of personal privacy and "trade secrecy." At all levels of corporate activity, we encourage open communications, a collaborative atmosphere, and maximum simplicity while we simultaneously seek dynamism and innovation.

Transparency alone, of course, is of limited value without a parallel commitment to engage with critics; what John Browne, the former CEO of BP, describes in his 2015 book "Connect" as "radically engaging." Other sustainability leaders also share openly. Tesla made its battery technologies available to competitors: According to Elon Musk in June 2014, "Tesla will not initiate patent lawsuits against anyone who, in good faith, wants to use our technology." Another example is GSK sharing its compounds library with other bona fide researchers. 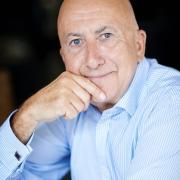 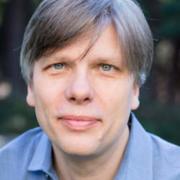 See all by David Grayson