The power of social enterprise: Can a forgotten nut boost Nigeria's economy?

An innovative start-up is leveraging the original ingredient in Coca-Cola to kickstart sustainable development in the country.

Nigeria has been drowning in oil for decades.

Since the mid-1950s, the country has suffered from a "resource curse" economy, where the main source of economic development, oil, fuels the concentration of wealth in the hands of a few elite and corrupt political rulers. Oil not only has warped Nigeria’s political and economic development, but also gas flares from oil extraction in the Niger Delta Region make the oil industry in Nigeria one of the largest contributors to greenhouse gas emissions on Earth.

While numerous books and documentaries have shined a light on this crucial global issue, the world seems at a loss for how to address it. The solution, for one startup, isn’t a resource under the ground, but one growing from it. In fact, it’s one of the original ingredients in the world’s most ubiquitous soft drink, Coca-Cola.

The deep, complex flavor in Coca-Cola that has made the beverage a global success was, in fact, originally derived from an ingredient steeped in Nigerian history — the Kolanut. For thousands of years, Kolanut, which is actually a fruit, has been cultivated and used traditionally in social ceremonies throughout the region around present-day Nigeria. Along with caffeine, the fruit contains theobromine, a bronchodilator that opens the lungs to receive more oxygen and tempers the negative jittery effects that often accompany a strong dose of caffeine.

As Coca-Cola grew and expanded its supply chain, it swapped out Kolanut for more scalable ingredients in its famously secretive formula. While Coca-Cola has become one of the world’s best-selling products, Kolanut and Nigeria were left behind — never benefiting from any agricultural development of the fruit for export.

While Coca-Cola has become one of the world’s best-selling products, Kolanut and Nigeria were left behind — never benefiting from any agricultural development of the fruit for export.

A new social purpose company, Bissy Energy, aims to upend this paradigm by building the very first sustainable supply chain for the Nigerian Kolanut. The company was founded by 25-year-olds Zach Jide En’Wezoh and his best friend, James Swinyard. Zach discovered Kolanut after he began reading about his family’s history in Nigeria. He was intrigued by a traditional drink that was referenced as part of social ceremonies and wanted to learn more. As he further researched Kolanut, he discovered that while popular in Nigeria, it had almost no export market outside of Nigerian expats. He recognized there might be an opportunity to share this product with the world, and in the process, promote sustainable economic development in Nigeria.

Bissy is developing the world’s first fair trade supply chain for Kolanut production and will be the first certified operators in Nigeria, Africa’s largest economy. By popularizing Kolanut consumption in the United States and around the world, Bissy aims to bring sustainable economic development to one of the world’s most impoverished nations, where 75 percent of people are still living on less than $2 per day. 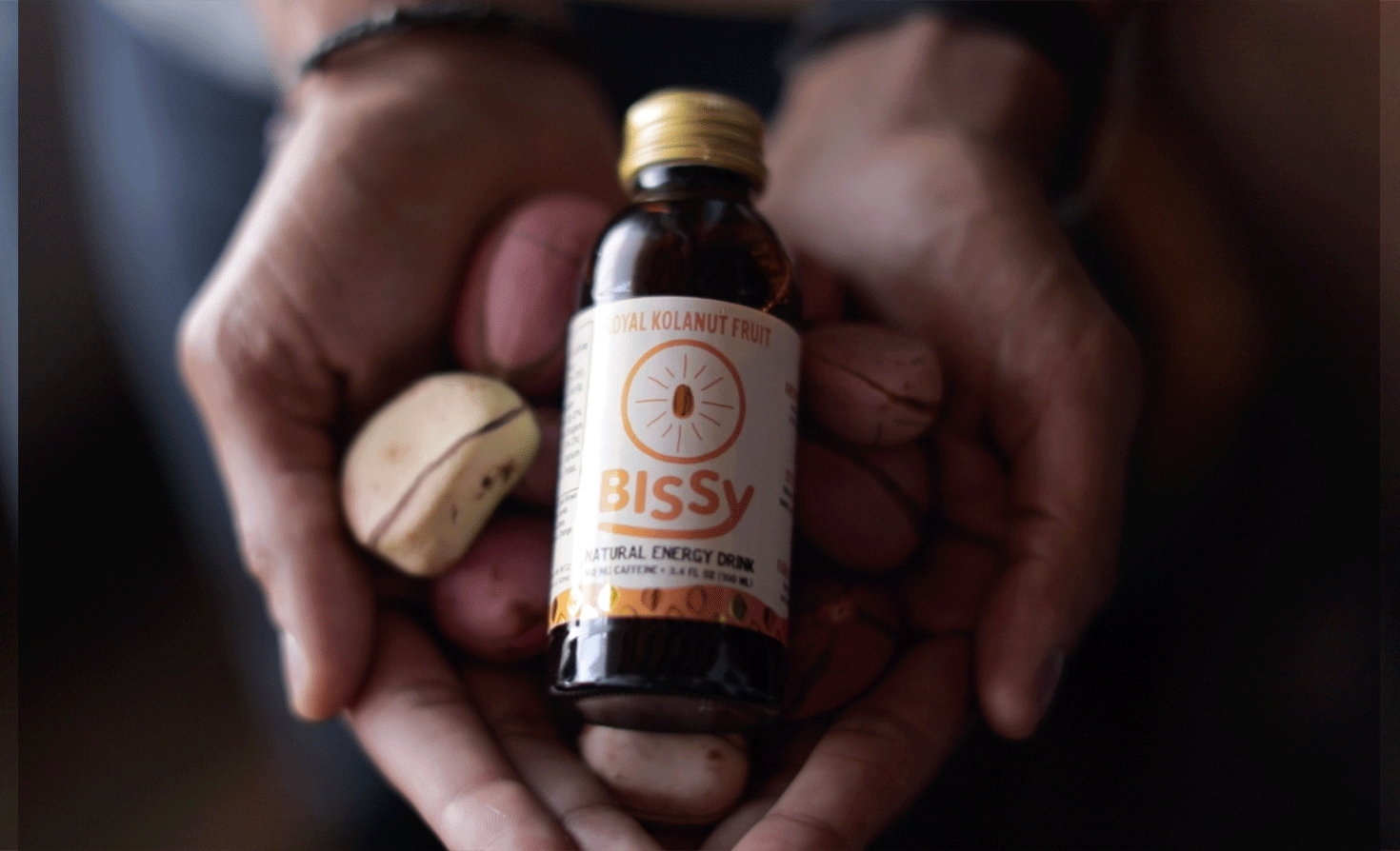 While Bissy has a unique ingredient and social mission, the company is following in the footsteps of other sustainability-minded food and beverage companies that have leveraged traditional agricultural production to create sustainable economic growth.

The most well-known, is of course, coffee. However, the initial development of coffee exports offers a cautionary tale of the dangers of supply chains where there is a significant imbalance in power between farmer and purchaser. Modern coffee plants all trace their roots back to the Ethiopian Plateau. From there it was cultivated on the Arabian Peninsula, before expanding worldwide after the Dutch successfully transplanted the first plant in modern-day Indonesia.

Dutch and other early coffee plantations, unfortunately, did not bring broad-based economic empowerment. Massive plantations exploited the local population, serving to concentrate wealth and fuel political corruption that’s characteristic of a country facing a resource curse — not so different from present-day Nigeria.

By giving disadvantaged producers a 'fair' price in world markets, you could support self-determined economic development.

The "fair trade" movement, which began in Europe in the 1960s, was a reaction to fight back against the neo-colonialist exploitation of agricultural products from less developed countries. By giving disadvantaged producers a "fair" price in world markets, you could support self-determined economic development. Coffee was the first fair trade product to appear on store shelves. The label and certification empowered consumers to support more equitable trade practices with their dollars. The movement since then has expanded rapidly. In 2017, fair trade products topped $9 billion in global sales, and supported more than 1.6 million farmers and workers across 75 countries.

While a clear improvement over previous trade practices, and a powerful tool to engage and educate consumers, fair trade has faced criticism that it does not go far enough. Major coffee producers, such as Starbucks, and many boutique roasters preach the gospel of "direct trade" — where you establish a relationship directly with a farmer to ensure fair prices and labor standards. This close relationship also has the benefit of allowing you to share with your customers not only a unique varietal, but also the story of the farmer and place.

The story of Yerbe Matte

Yerba Matte offers a much more positive legacy, largely due to the vision of the founders of Guyaki. Guyaki was the first company to popularize Yerba Matte in the United States. Yerbe Matte is a South American plant that also was used traditionally for its stimulating effects. Guyaki’s entire business model was built upon "market driven restoration," where it works directly with indigenous people to preserve rainforest in Argentina.

Unfortunately, much indigenous land and rainforest is sold in order to be clear cut and turned into cattle grazing for economic development. Guyaki helps farmers grow Matte under the rainforest canopy, allowing them to preserve their land while making a living. Guyaki also operates under a fair trade program where famers are paid a living wage, around three times higher than market rate. Through market driven restoration, Guyaki leverages sustainable supply chain for Yerba Matte to preserve land and improve create economic opportunity.

The founders of Guyaki poured millions of drinks at grocery stores, farmers markets and trade shows to introduce Matte to the American consumer. Since then, Guiyaki rapidly has expanded, diversifying its product line from loose leaf to canned drinks and energy shots available in most U.S. supermarkets and health food stores. All the while, the company has kept its initial mission of providing market driven restoration.

A sustainable supply chain for Kolanut

While Bissy is just starting on its sustainability journey (Bissy’s kickstarter is open), the start-up is well on its way to developing the first sustainable and fair trade supply chain for Kolanut in Nigeria. The startup has partnered with the Cocoa Research Institute of Nigeria (CRIN), an institute funded by the Nigerian government and responsible for conducting research to facilitate improved production of disease-resistant cocoa, Kolanut fruit, coffee, tea and cashew for local cultivation. Bissy has identified five small local farms to produce Kolanut and is working towards the first fair trade certification both for Kolanut and in Nigeria. 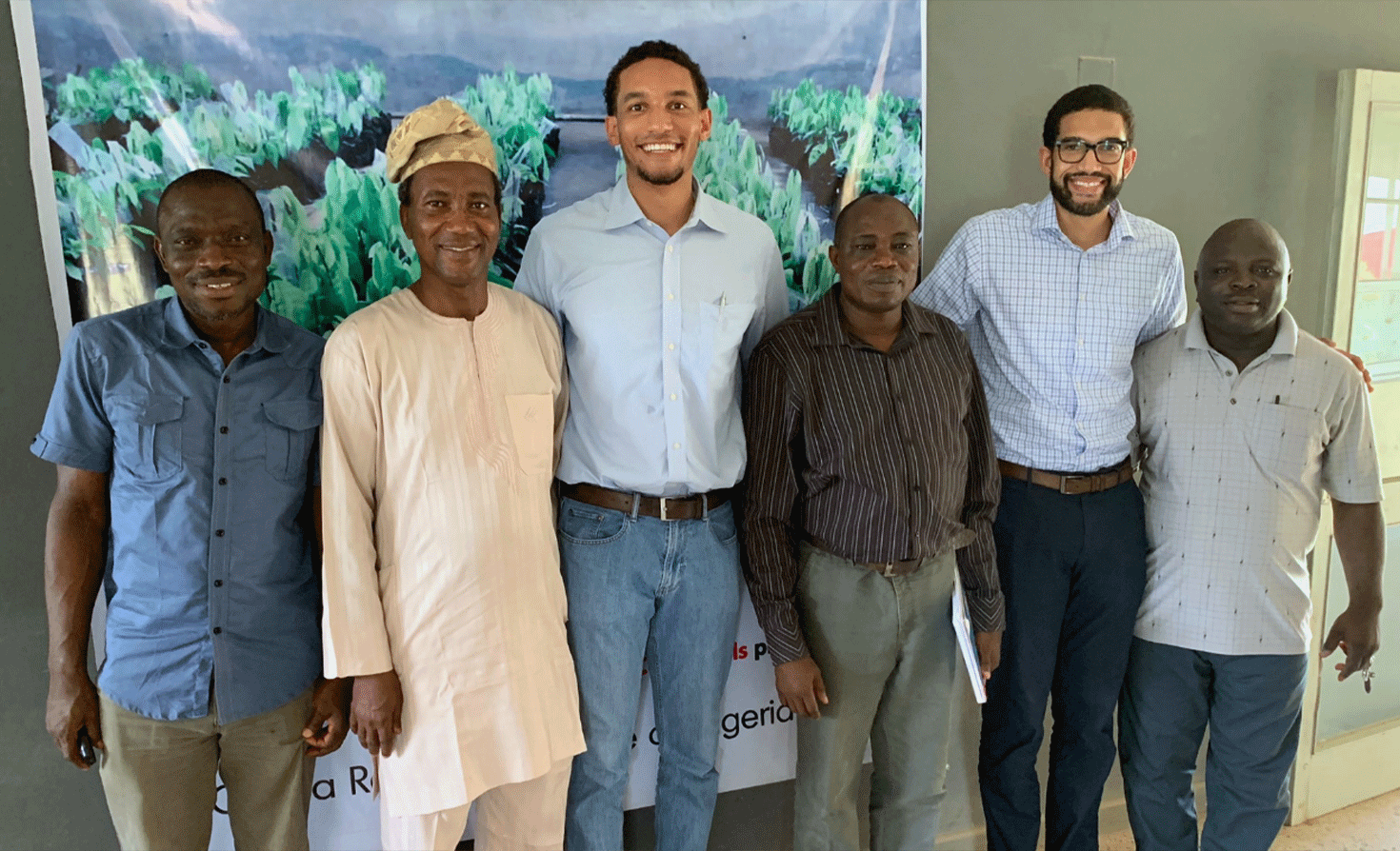 Bissy and Guyaki are among a new crop of new social purpose business poised to upend the current Corporate Social Responsibility (CSR) paradigm. Instead of simply working to reduce their negative impact, these companies are purpose built to solve critical social and environmental issues. Their social missions become the way they connect to consumers, and their customers become partners with them in scaling the solution.

Take, for example, the sustainable condom company Sustain Natural. Sustain is credited with making the very first all-natural, fair trade condoms, but more broadly Sustain is removing the stigma around sex and birth control to empower women to take their sexual and reproductive health into their own hands. Paul Hawken’s recent book, "Project Drawdown," cites educating girls and family planning as one of the most impactful areas to prevent global warming, underscoring the critical importance of birth control and sexual education.

Another example is an innovative start-up Bureo, which makes high quality consumer goods (skateboards and sunglasses) from discarded fishing nets in Chile. The founders got fed up with the plastic pollution on their favorite surfing beaches and decided to build a company around finding a solution. Fishing nets make up 10 percent of ocean plastic and are the most dangerous type of plastic for marine life. Bureo partners with local communities to gather these nets, and a portion of the proceeds from the product sales are then recycled back into the local community to further develop their upcycled supply chain and product line. Bureo’s Net Plus material is certified under the International Living Future Institute’s Living Product Challenge, the world’s most advanced certification for products that create net positive impacts on Energy, Climate and Water.

This new crop of innovative companies aim to create products that go beyond simply being less bad versions of previously destructive business models, but are actually net positive.

This new crop of innovative companies aim to create products that go beyond simply being less bad versions of previously destructive business models, but are actually net positive — meaning for every product they produce, they actually make the world a better place. Their growth and profitability allows them to reinvest in their business and mission to expand their positive impact. These companies are turning our traditionally exploitative capitalistic system back in on itself, and using the power of the market to solve crucial social and environmental issues.

In fact, solving problems is really what business does best. For too long, we have just been framing the problems incorrectly. In the words of Albert Einstein, "we cannot solve our problems with the same level of thinking that created them."

Just imagine the impact if all our inspired entrepreneurs and corporate leaders alike realized their power to create change and leveraged business to solve the world’s most crucial issues. Instead of creating social and environmental problems, business quickly could become one of the world’s most powerful tool for positive change.

Reimagining commerce through products with purpose

Built to last: The business case for living buildings in 2019

Can manufacturing save the world? Inspiration from Tesla, Owens Corning

See all by James Connelly