The fifth and final panel of today’s State of Green Business Forum featured an all-star panel of speakers in conversation with Joel Makower about what the new administration means for the future of the green economy. Three of the minds behind the successful Cleantech and Green Business for Obama project discuss the campaign, policy, and the administration and its trajectory.

The fifth and final panel of today’s State of Green Business Forum featured an all-star panel of speakers in conversation with Joel Makower about what the new administration means for the future of the green economy.  Three of the minds behind the successful Cleantech and Green Business for Obama project discuss the campaign, policy, and the administration and its trajectory.

The panel included Jeff Anderson, National Co-chair and Campaign Manger of Cleantech and Green Business for Obama (CT4-O), Holly Kaufman, CEO of Environment & Enterprise Strategies, and Sanjay Wagle, Principal of VantagePoint Venture Partners.  All three were involved with CT4-O, whose goal was to get Obama in office and to demonstrate that the clean tech community can play a role in politics. They raised $1.6M for the campaign with operations across twenty-plus states.

Kaufman explained that we are already seeing Obama follow through with campaign commitments, and he is showing a consistent and unprecedented commitment to the environment.  “He is bridging environmental and economic issues – he gets the connection. Obama recognizes we all have to give something up…and that he can’t please everyone.”  Anderson noted that the difference between Clinton and Obama is that the current administration is “ends driven and technology agnostic.”

“We want a transparent, consistent long-term policy framework so we know where things are headed,” Wagle explained.  For example, Kaufman noted that she expects cap and trade regulations to be pushed out shortly, “because this is something the administration really cares about” and they want to give a clear, consistent, long-term signal.

Makower was quick to point to the elephant in the room: the economy.  Will that undermine all that Obama said he’d do?  Is anything deferred or accelerated due to the economy?  Panelists did not expect the economy to deter environmental action.  Anderson noted, “If anything we are seeing an acceleration of what was promised; we have a huge portion of the stimulus bill…the energy bill we be done by April probably, the climate change bill should go through by May.”   Kaufman pointed out the high caliber scientists who will now have Obama’s ear – “Science will not be stifled” in the new administration.

And what should we be worried about? What could go wrong?  Kaufman cited Pelosi, who instructed democrats gathered at a post-election celebration to “get used to success.”  More importantly, Kaufman said “I think we all have to get used to working in a different environment…Pick your battles – don’t knit pick. Help make it all succeed. We won’t get everything we want.”  Wagle explained that interests among us will inevitably be disappointed (for example, only $6M of the stimulus is dedicated to transport while $30M is going towards highways).  But at the end of the day, Anderson said, what keeps him up at night is not fear of the administration dropping the ball, but fear that we will drop the ball – “we need to organize across industry divides.  We need to stand on each other’s shoulders to get through this.” 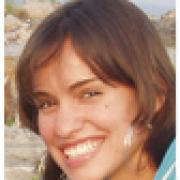 Greener By Design: A Metrics Driven Approach to Sustainable Business

Greener by Design: Rethinking Waste with Plastiki, the Plastic Boat

How Wal-Mart Measures and Manages Its Social and Environmental Impact

The White Dog Cafe: A Study of Social Business and Mission-Aligned Exit

See all by Amie Vaccaro