The price is right for a corporate carbon tax

Economist Nicholas Stern, who became world famous for his 2006 report on the dramatic but foreseeable consequences of climate change, spoke Nov. 2 at the Veolia Institute’s 10th conference in Oxford, England, "Resource Availability in a Low-Carbon World." Jennifer Gallé asked him about recent developments in the transition of the world toward an economy adapted to climate change.

Jennifer Gallé: Two years after the Paris Agreement, what do you see as key issues — positive or negative — in the fight against climate change? 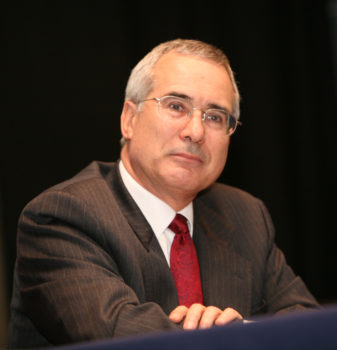 Nicholas Stern: Over the past two years, we have seen a continuation of the remarkable changes in the technology relating to energy generation and storage and transport, such as further falls in the costs of renewables. Strong action is being undertaken in the emerging market countries, including China and India. These countries are now at center stage in the global economy and are demonstrating that strong and inclusive growth and the transition to a low-carbon economy go hand-in-hand.

There has also been strong leadership from many cities where the transition to a low-carbon economy and concerns about air pollution have together led to a vision for more attractive and productive places to live and work. Vacillation in Washington, D.C., has not deterred action around the world. Indeed, President Donald Trump’s announcement in June that he intends to withdraw the United States from the Paris Agreement appears to have reinforced the commitments by other countries, as well as American states and cities, to get on with the job of implementation.

Gallé: Carbon pricing has become central to this fight. Can you explain why?

Stern: It is crucial that markets provide a signal about costs if they are to guide economic action in positive ways, leading to the efficient allocation of resources. This means that the prices of goods, services and activities should reflect their real costs, including the costs they impose on others through the damages that they cause. By ensuring that the prices of fossil fuels reflect their true costs, policymakers help markets to operate more effectively. Carbon pricing is a pro-market action, and those who oppose it are anti-markets. The costs of climate change are potentially very large, and calculations of the social cost of carbon should reflect impacts across the world and on future generations, who could be impoverished by our failure to act.

Stern: The High-Level Commission on Carbon Prices (PDF), which I co-chaired with professor Joseph Stiglitz, was convened by the Carbon Pricing Leadership Coalition in November 2016 at the United Nations climate-change summit in Marrakech. The commission was set the task of examining the role of carbon pricing in achieving the goals of the Paris Agreement. The commission identified these prices, together with other supporting incentives and policies, which could deliver the Agreement’s targets.

Carbon pricing is a pro-market action, and those who oppose it are anti-markets.

These ranges were based on our survey of industry and policy experience, and of the expert literature. We considered data and information from companies in relation to what prices would change their decisions. We also examined models of switching technologies, as well as more aggregated models. The commission recognized that the appropriate levels of carbon pricing will vary across countries. For instance, in lower-income countries, carbon prices may be lower than the ranges identified by our report, partly because complementary actions may be less costly and the distributional and ethical issues may be more complex.

Gallé: Carbon pricing is today most commonly thought of as taking place either through carbon taxes or a market-based quota system. Why are you in favor of carbon taxes?

Stern: There are good arguments in favor of using either taxes or carbon markets to create an explicit price on carbon. Taxes are probably simpler to administer by policy-makers. Cap-and-trade systems allow emissions cuts to be specified, but the associated carbon prices that result are uncertain. On the other hand, carbon taxes allow prices to be directly implemented, but the resulting emissions reductions are uncertain. In some cases, policy-makers have to consider the different perceptions among households and businesses of market-based systems and taxes.

Gallé: Currently, more than 85 percent of CO₂ emissions are unconstrained by any specific pricing. How can we explain such a situation? Why has it taken so long to establish and implement a price for carbon emissions?

Stern: The commission acknowledged that 85 percent of global emissions of greenhouse gases are currently not priced, and about three-quarters of the emissions that are covered by a carbon price are priced below $10 per ton of carbon-dioxide-equivalent. However, the coverage of carbon prices is increasing, but it is not the only policy that needs to be considered. Many countries have regulation in place too and are planning ahead, for example, about when to phase out automobiles fueled by hydrocarbons. As countries raise the ambition of their nationally determined contributions to the Paris Agreement and implement them, we will see more carbon pricing schemes introduced. 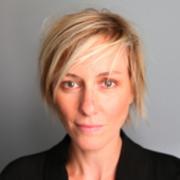 Head of Environment and Energy
The Conversation France
@galle_jennifer

See all by Jennifer Gallé