Energy causes about two-thirds of global greenhouse gas emissions, so it’s no wonder decarbonizing the energy sector was a major focus of the recent U.N. climate change meeting in Lima, Peru, and remains a big driver of global ambitions to limit climate change to a 2 degree Celsus temperature rise.

About 69 percent of emissions from energy come from 11 countries: China, the United States, India, Russia, Brazil, Japan, Indonesia, Germany, Korea, Canada and Iran. Current emissions of these countries need to be brought under control with long-term policies that price carbon and create higher standards of efficiency.

But there is another major contributor to the energy emissions problem: Rampant increases in energy demand as emerging markets seek to grow, international wealth increases and commerce globalizes. The latest assessment by the International Energy Agency (PDF) projects global energy to grow 37 percent by 2040. This growth is expected to be centered in emerging markets, in particular, developing Asia (60 percent of the global total), Africa, the Middle East and Latin America.

Nations in these regions need cheap, reliable and secure power to grow their economies. Without effective policies, the cheap solution tends to be coal — the IPCC explained in its 2014 review of climate science (PDF) that the world actually is in the process of becoming more carbon-intense, a key reason we are on track to exceed 4 degrees C of warming.

The good news: Solutions to ensure new energy is clean energy already exist. Half the reductions necessary can come from reducing energy demand through measures that are well understood and accessible, such as energy efficiency and smart land use, with the right policies and planning.  And the recent growth of renewables shows our potential to meet remaining demand cleanly. About 22 percent of electricity generation in 2013 came from renewables (PDF), including large hydropower, and 41 percent of new generating capacity installed worldwide in 2013 came from renewable sources (PDF), such as wind and solar. Also of note: China and India were among the top six countries for renewable electric power capacity overall.

The two leading renewable power technologies of solar and wind also have become increasingly cost-competitive. Over a five-year period ending in the first quarter of 2014, the worldwide average cost of electricity has declined by 53 percent for crystalline silicon photovoltaic systems (PDF) and by 15 percent for onshore wind turbines. As a result, a growing number of wind and solar projects are being built without subsidy support, particularly in Latin America, but also in the Middle East and Africa.

For many companies in emerging markets, making internal investments in these types of technologies simply makes good business sense. Rates of return on renewable energy investments (PDF) have been as high as 10 percent for companies in South Africa, for example, and up to 20 percent in India. Renewable power technologies bring with them a range of other social and economic benefits, such as reduced pollution and improved energy security, to name a few. Nevertheless, expanding the uptake of these solutions will take active planning and collaboration across all areas of government and industry, as well as the widespread support of ongoing and affordable access to technology in new markets.

Finding ways for business and policymakers to continue to work together to minimize the impact of new energy will be critical. Making use of the multiple and increasing benefits of low-greenhouse gas energy sources is at the heart of negotiating a successful global climate agreement. It also is key for inspiring ambitious action from business. 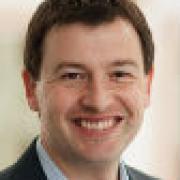