A new report considers disclosures by more than 1,600 companies. The findings were fascinating, unsettling and inspiring.

Leonardo DiCaprio was supposed to fight Tom Hardy in the rugged, snow-smattered foothills of the Canadian Rockies. But when March rolled around and there was no snow to be found, producers of "The Revenant" sent scouts to Norway and New Zealand in search of the white stuff. The ordeal cost 20th Century Fox an unplanned $10 million before it finally found winter: in August in Argentina.

"Severe weather can delay and add costs to production, as studios have seen budgets and schedules fluctuate more in recent years with unpredictable events," the company wrote in its disclosure to CDP, a group that surveys companies’ climate risks and strategies on behalf of investors.

But are these events and costs to business really that unpredictable? When Pacific Gas and Electric, California’s largest electric utility, filed for bankruptcy last month, it was after two years of devastating wildfires in the state — fires that climate scientists knew were coming. The Economist Intelligence Unit estimates that climate change poses between $2.5 trillion and $24.2 trillion (PDF) in risks to manageable assets globally. Climate science provides increasingly detailed estimates of what impacts we can expect where. Plus, the world is well above the emissions trajectory needed to meet the Paris Agreement, meaning that companies (and society) should be preparing for even greater disruption.

In the largest study of its kind, we pored over more than 1,600 companies' disclosures to CDP on physical climate change impacts, the financial implications of these impacts and what companies were doing to manage them. The disclosures we considered included many of the world’s largest corporations, covering 69 percent of global market capitalization. The findings were fascinating, unsettling and inspiring.

Contained within the thousands of adaptation responses was the DNA needed to build more comprehensive, forward-looking strategies.

The strategies that companies employed to adapt to these impacts were also intriguingly varied. We identified 102 unique corporate adaptation strategies — ranging from reinsurance to back-up power installations to flood infrastructure to reforestation.

Most unsettling were the major gaps we found between what the science tells us is coming on climate change and what companies are, collectively, expecting and preparing for. We found five major blind spots:

Corporate governance structures that don’t fence off sustainability executives can make a difference.

As concerning as these blind spots are, there is also cause to be inspired. Contained within the thousands of adaptation responses was the DNA needed to build more comprehensive, forward-looking strategies. Some companies reported genuinely creative adaptation strategies that, if replicated, could indicate a step change away from business as usual.

Last year, Swiss Re issued the first insurance policy for natural infrastructure, providing insurance coverage for a coral reef in Mexico. Several food and beverage and pharmaceuticals companies are breeding new varieties of crops for drought and disease resistance; others are investing in conservation to protect the wild relatives of the crops we need for food and medicine. Some companies were implementing the more systemic changes needed for transformational adaptation, such as encoding new construction standards, factoring climate metrics into facility citing, adjusting credit ratings according to climate risks and contributing to wider societal adaptation through disaster relief and public health programs.

Companies can do practical things to ensure they don’t have their heads in the sand on climate risk and adaptation. We found evidence, for example, that corporate governance structures that don’t fence off sustainability executives can make a difference and that standardized performance indicators make it more difficult to obscure inconvenient information. The Financial Stability Board has taken the first step towards providing standardized guidance through its Task Force of Climate-related Financial Disclosures, which issued a helpful set of recommendations in 2017.

Companies should think of these recommendations (as well as our study) as the wing mirrors that help provide them a better view of their blind spots and steer clear of avoidable risks before it’s too late. 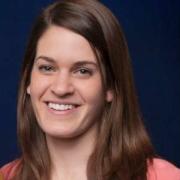 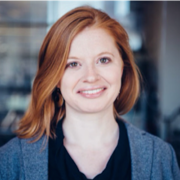 Interface’s plan to vacuum carbon out of carpet manufacturing

See all by Allie Goldstein