Despite the "Jerry Maguire" stereotype, the life of a sports agent is usually a bit more subtle. Most agents work quietly in the background, ultimately advocating for the best interest of the athletes that they represent. Good agents spend time understanding their clients’ long-term goals and make connections that help their clients succeed.

I suggest it's time to bring a new kind of agency to sports: A front office sustainability agency, representing the professional team’s interests from within the organization while providing a voice for sustainable decision-making. Instead of curating connections to top-tier teams to advance a young player’s career, these agents would help top-tier teams form partnerships aimed at improving their sustainability.

It’s no secret that large sporting events often produce large carbon and waste footprints. Their Scope 1 and 2 emissions can be high simply because the venues accommodate a lot of people. Additionally, most team sports will play just as many games away as they do at home, which increases their Scope 3 emissions through travel.

Club operations depend on an expansive supply chain to source game day goods, which also increases their Scope 3 emissions. Without upfront contract language and strict protocols and procedures, the extensive supply chain also can produce a significant amount of waste. While these sound like big challenges — and they are — organizations at the major league level have begun to tackle them.

Particular clubs are known leaders in tackling its environmental footprint. The Forest Green Rovers were nominated by FIFA as the World’s Greenest Football club for their Another Way framework, which includes the procurement of 100 percent renewable energy, an organic football pitch, electric-powered equipment and even 100 percent vegan food and beverage at concessions.

In the U.S., professional teams such as the National Football League's Philadelphia Eagles incorporate on-site renewable energy generation including 11,108 solar panels and 14 wind turbines that line the top of the stadium to provide about one-third of the stadium’s energy. The Seattle Seahawks and New York Yankees lead composting initiatives to divert food waste from landfill, and stadiums such as Mercedes Benz in Atlanta and the new Climate Pledge Arena in Seattle leverage sophisticated equipment to reduce energy consumption.

While there are many examples of environmental efforts within sports organizations’ operations and community development teams, many are ad hoc and not connected in a holistic sustainable strategy.

For example, the operations team may have implemented a waste reduction strategy while the community development team manages a philanthropic effort. Often, these efforts exist in silos and could be merged to optimize positive impact.

Clubs that focus on their away game travel are encouraged to offset their entire season’s emissions with carbon credits.

My company, Recipric, recently forged a partnership with The Conservation Coalition, called Sidelining Carbon, that aims to help professional sports teams integrate sustainable solutions that decarbonize their footprint — both at home and away.

At home, clubs that procure 100 percent renewable energy to power the stadium or clubs that account and reduce their operational emissions qualify to align to the Initiative. Clubs that focus on their away game travel are encouraged to offset their entire season’s emissions with carbon credits. While offsets are not a comprehensive solution, they serve as a critical step for teams to get comfortable with the carbon conversation, especially because regionalizing play and streamlining the schedule to cut down on travel are not easily adopted at the team level.

Sports fans are uniquely loyal to their teams, rarely swaying from the organizations that they grew up supporting. This phenomenon means that most sports teams aren’t easily held accountable through "voting with a dollar," unlike Walmart and Nike, both of which have shifted their business models to prioritize corporate responsibility due to consumer pressure. While fans may strongly disagree with the values of team ownership, that rarely translates to the fan walking away from the team entirely. Sustainability issues won't be high on the list of reasons why a fan decides to step away from a team.

Just because fans are loyal doesn’t mean that sports teams shouldn't do better. In fact, integrating environmental and social sustainability allows teams to engage with fans and the local community in new and innovative ways. This is an opportunity to grow the game, tap into a new fan base and align to the values of the next generation of sports fans.

With this in mind, the fan engagement page of Sidelining Carbon allows fans to nominate their favorite professional teams to align to the initiative, including the opportunity to select their favorite carbon offset project from a list of options that includes tree planting, ocean sequestration, renewable energy, fire management, landfill management and more.

Picking an offset solution that resonates with the fans may help get the team more comfortable with speaking about their decarbonization work publicly, something often kept quiet within the front office. The more teams highlight their sustainability work, the more other teams are likely to adopt similar solutions, catalyzing climate action at scale.

Optimizing sustainability within the front office won’t just be good PR and it won’t just be good for the planet. In fact, I am convinced it could redefine home-field advantage, by identifying more opportunities to reduce operational costs, engage with fans, leverage partnerships and elevate the game at home and away.

Sustainability must start at the front office and extend all the way through the players and to the fans. Just as a rookie athlete cannot reach their full potential without the structure of supportive teammates, wise coaches, smart managers and the right gear, sustainability needs investment from all parties to become an integral part of a championship team.

Editor's note: This essay was updated May 4, 2021, to revise references to the professional services offered by the author's company. the views are solely the opinions of the author. 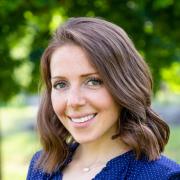 Game on: New study shows which sports teams have the greenest fans

See all by Kristen Fulmer