The profitable hospital system with sustainability in its DNA

We have all heard the aphorism "health is wealth." Gundersen Health Systems, a nonprofit hospital network operating in 19 counties across three Midwest states, is proving this.

In 2008, Gundersen — headquartered in La Crosse, Wisconsin, where it is its county’s largest employer — began the path to achieve carbon neutrality. By October 2014, it became the first U.S. health system to attain energy independence by producing more energy than it consumed, at least some of the time.

"Since then, we’ve had hundreds of days where we produced more energy than we used, but we’re still working on getting to 100 percent all the time," said pediatrician Dr. Jeffrey Thompson, executive advisor and CEO emeritus at Gundersen Health Systems and a White House Champion of Change.

By prioritizing sustainable operations, the Fitch A+-rated organization contributed to the surrounding community’s fiscal health, was named one of the top 50 hospitals in the country and was recognized by the United States government for the operational prescription it used to get there: namely its Envision program, which aims for leadership (and monetary returns) through the four pillars of energy conservation, waste management, recycling and sustainable design — all while reducing the cost of care.

The philosophy behind Envision, which commenced in 2008, is driven by the idea that it's possible to make a positive environmental impact while reducing costs for patients. In fact, sustainability explicitly was written into the core principles of Gundersen’s strategic plan. 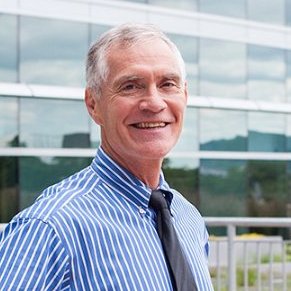 "As a healthcare business, we needed to move to becoming a 'health promoting' business,” said Thompson. "One thing we could do right away was lessening our environmental impact. We set a goal to markedly decrease the amount of pollution we are putting into the land, atmosphere, soil and water — and do it in a way that would improve Gundersen’s bottom line and the local economy."

Energy independence was Gundersen’s primary objective. First, the healthcare case: Pollutants from the burning of fossil fuels cause (PDF) human birth defects, damage the nervous system and internal organs, lead to cardiovascular deaths and stroke and spike cancer risk. The Department of Energy has found that hospitals are often 2.5 times more energy intensive than other commercial buildings, which Gundersen believed was "inconsistent with our mission."

Second, it made fiscal sense. The health system found that its energy costs were rising by about $350,000 annually. A 2008 energy audit discovered dozens of energy-saving opportunities — and acted on them. Retrofitting light fixtures reclaimed $265,000 per year. Replacing exhaust fans, which had been running 24/7, reduced Gundersen’s electricity consumption by more than 71,000 kilowatt-hours (kWh) a year, saving $4,300 more.

Wiring cooling systems to respond to outside temperature and humidity reduced electricity consumption by about 1.1 million kW hours; upgrading old water chillers to energy-efficient models saved an additional $70,000 per year. Scheduling HVAC system hours reduced utility energy use by 35 percent in some locations. And simply instituting automatic computer shut-off routines in the evenings shaved up to $165,000 annually.

Measure by measure, Gundersen's energy expense consistently has stayed below 2008 costs, despite the system's move to add 26 percent more facility space since that time and a 25 percent electricity price increase over that timeframe.

"In 2008 and 2009, we spent $2 million on conservation measures," said Thompson. "We got a 60 percent return on our investment. There is no other investment that you can make that shows that year-over-year return."

By 2014, Gundersen became the first health system in the United States to completely offset its fossil fuels use as it began sourcing locally produced, "organic" energy. The Envision program diversified its energy mix to hedge against inflation, find local sources power for specific projects and contribute to the community’s economy in the process.

"Solar was not a strong financial option in Wisconsin," said Thompson. "We came up with a mix of landfill gas, biomass, dairy digesters and wind turbines."

Additionally, Gundersen collaborates with two wind farms, each generating enough electricity to power 1,200 homes. The hospital system is paid for the power, offsetting its energy cost, while it sells the electricity to homes and businesses. It partnered with the La Crosse County waste department to produce gas from landfill trash. Solar panels dot parking ramps and a solar water heater powers a child care office and a renal dialysis center.

"As a marker of how far we’ve come, we’ve been able to drop our greenhouse gas, particulate and mercury emissions from coal plants by over 95 percent in eight years and make money," said Thompson. "Many industries and governments are aiming to get 30 percent down by 2030 or 2050." Gundersen estimates that it prevented about nine asthma attacks in 2015 due to fossil fuel emissions reduction.

An ounce of prevention diverts a pound of cure, and Gundersen’s 45 percent recycling and reuse rate keeps 740 tons of furniture, food and X-ray film out of landfills. That's nothing to sneeze at, because medical waste disposal can cost nearly five times that of traditional waste, according to industry data.

"We save about a half million dollars per year reusing ‘single-use’ devices, like carefully disassembling and sterilizing anesthesia masks for subsequent reuse, saving 50 percent of cost," said Thompson. Diverting medical waste can save lives — the health system ceased cycling hazardous pharmaceutical waste such as drugs, chemotherapy agents and antibiotics down the drain. Instead, Gundersen installed medication drop boxes for patient, visitor and employee use, and collected more than 4,150 pounds of pharmaceutical waste in one year (more than the facility itself generates).

All told, sustainability improvements save Gundersen $3 million annually, according to the health system's data. These savings fill the bottom line and filter into holistic health programs such as feeding patients locally raised, antibiotic- and hormone-free meals; offering community health seminars; and holding ongoing energy kaizens (Japanese for "check-ups"). Envision has become the healthcare system’s signature, differentiating it as innovative as it is effective.

"There are still people who aren’t terribly onboard with the project, despite the notoriety and success we’ve had — they still think this is a hobby and not a responsibility," said Thompson. "What we did every step of the way was try to show the board that this was consistent with our mission. [...] That theme, coupled with hard data, is what helped us convince them that this is a good path to go down."

A strategy for healing

When we spoke, Thompson was on his way to the Harvard School of Economics in Boston, where he had been invited to speak about how nonprofits can improve community wellbeing through novel investments. Gundersen has put matching funds towards a joint development group with La Crosse to rapidly improve a struggling neighborhood. What's more, the organization also used 20 percent of its total corporate cash and investment funds to keep a high-tech service company in the city of about 55,000 people.

The organization’s leadership also ripples into wider repercussions beyond its immediate community, as hospitals account for 8 percent of electricity consumption, while the healthcare industry as a whole contributes to 8 percent of U.S. greenhouse gas emissions.

Gundersen is a member of Practice Greenhealth, a nonprofit organization that promotes environmental stewardship and best practices by healthcare organizations. The effort was launched in 1998 when the American Hospital Association and the U.S. Environmental Protection Agency agreed to advance pollution prevention in health facilities.

"Hospitals need to be resilient in the face of dangerous weather; they need to lead by example and become early adopters of clean energy, and they need to be leaders of the message that climate change is a public health crisis," said Gary Cohen, president and co-founder of Practice Greenhealth and a 2015 MacArthur Foundation fellow.

Its international arm, Healthcare Without Harm (it merged into Practice Greenhealth, where Cohen also is president, in 2008), found that the healthcare industry, due to its practice of incinerating IV bags containing polyvinyl chloride, was the largest dioxin emitter in the United States. Healthcare Without Harm encouraged hospitals to sterilize waste in an autoclave instead, transforming the market towards safer plastics.

Hospitals need to be resilient in the face of dangerous weather; they need to lead by example and become early adopters of clean energy.

"Dioxin is linked to cancer, birth defects, brain damage and learning disabilities," said Cohen. "When we started, there were over 4,500 medical waste incinerators in the U.S. 10 years later, there were only 73 left in the country."

Practice Greenhealth also helped turn the health industry away from mercury thermometers, which leaked the brain-damaging liquid when broken or thrown away.

The pressure seems to be working: According to Practice Greenhealth’s 2017 benchmark report, the number of participating facilities with a written climate mitigation plan has about doubled. The number of facilities that generate or purchase renewable energy increased by 81 percent. Leading hospitals have a 30 percent recycling rate — double the EPA standard. And nearly 80 percent have purchasing programs that avoid chemicals of concern.

Anesthetic gas capture is next on Practice Greenhealth’s list. The gas vented out of hospitals is, according to Cohen, more potent greenhouse agents than carbon dioxide. The group is also co-investing in solar, wind and other clean energy technologies.

"The narrative around climate is changing," he said. "Infectious diseases are spreading because mosquitoes are traveling to other climates. Dengue fever is showing up along the Southeast side of the U.S. More summer days with extreme heat means more people winding up in emergency rooms due to heat stress."

The Hippocratic Oath binds healthcare practitioners to heal the whole disease, not the symptoms. Because community wellness is made up of healthy individuals, healthcare doesn’t exist in a bubble immune to environmental concern.

"Healthcare is 18 percent of the U.S. economy, only second to the military," said Cohen. "They have to heal the communities they’re accountable to."

For network administrators who don’t know where to start, Thompson draws from experience: "When we set the goal in 2008, we didn’t know how we were going to get it done. But we had guiding principles, we had a set of values and a tremendous number of people who worked hard across the organization and the community to make this happen."