New Zealand is a country of less than 5 million people yet it punches well above its weight in the sports world: The All Blacks are the preeminent force in international rugby. New Zealand’s cricket team made it to the finals of the 2015 World Cup. Michael Campbell won the U.S. Open in golf a decade ago. New Zealand also is punching above its weight in the Green-Sports world, particularly at the grassroots level, thanks to the work of Hamish Reid and Project Litefoot.

Hamish Reid was living life on the marketing fast track. Starting out with Pepsi and Fonterra Dairy in his native New Zealand, Reid went global with Group Danone, building its businesses in Paris and London. In 2005, the avid sports fan established Saatchi & Saatchi’s sport and music consulting business along with some partners.

While at Saatchi, Reid started to connect the dots between his passion for sports and his talent for marketing. "It occurred to me," said Reid, "that marketing thinking can be applied to the way athletes manage their own brands for social and commercial good." He needed to find an athlete who shared that vision.

Enter PGA golfer Michael Campbell and a national hero in New Zealand after winning the U.S. Open in 2005, who Reid met while working with Saatchi.

According to Reid, Campbell "has a deep, spiritual, emotional connection to nature, to the land, that reflects his Maori heritage of being a ‘Guardian of the Land.’ The problem was that Campbell didn’t know how to leverage it, how to connect his traditions with the lifestyle of a golfer on the pro tour. But he wanted to do something that was right by the environment."

So, working with Reid, Campbell started to make small changes: He bought a hybrid car. Added energy efficiency management systems in his home. Started to walk more and drive less.

As Campbell started to make these personal lifestyle changes, Reid saw a business opportunity. So he left Saatchi and London in 2008 and returned to Auckland to start Project Litefoot with Campbell. “We work with New Zealand sports heroes to get them to walk-the-green-walk–changing behaviors in ways similar to Campbell — and then talk-the-green-talk,” offered Reid, “because if the athletes take green actions, the fans will surely follow.” 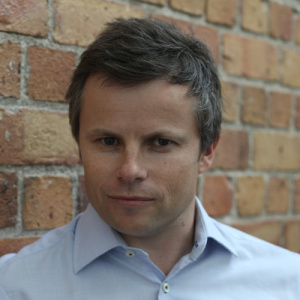 Soon, Reid and Campbell had recruited nine more Kiwi athletes — "It’s much easier to gain access to top athletes in New Zealand than in the U.S.," said Reid — to compete against each other in greening their lives. Conrad Smith of the All Blacks, as well as rowers, sailors, BMXers, swimmers and tennis players signed on.

Project Litefoot, in consultation with the government agency in New Zealand that measures climate change, came up with a number of ways their athletes could reduce their carbon footprint — energy efficiency, driving smaller cars ("seeing the very tall Conrad Smith in a hybrid was actually a funny sight," said Reid), turning lights off, powering their homes with electricity generated from 100 percent renewable sources (#Go100Percent), etc. Every two months, Project Litefoot collected and published the data and a table of standings was established to see which athlete was reducing his or her carbon footprint the most.

As of this writing, Smith is clearly in the lead, having reduced his carbon footprint an astounding 72.91 percent. The battle for second is a tight family affair between the Olympic double gold medal winning rowing team of sisters Georgina Evers-Swindell (58.18 percent) and Caroline Evers-Swindell (57.62). Tennis player Marina Erakovic holds down fourth (38.41 percent). 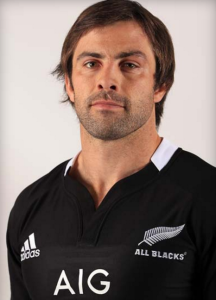 Media attention followed and fans started change their behavior in response to their favorite athletes' changing theirs. This was all well and good but Reid and Campbell felt that they were just scratching the surface, so they turned their attention to Sport New Zealand.

Think of Sport New Zealand as Little League, Babe Ruth League, American Youth Soccer, etc., all rolled into one. The local organizations often are financially strapped so things such as electricity, water and waste can be significant expenses.

So in 2011, LiteClub was created as an extension of Project Litefoot to help local sports clubs institute sustainability and energy efficiency measures. The club has visited over 730 of 3,000 Sport New Zealand clubs, instituting a greening regimen similar to that of the athletes that included the installation of LED lighting, upgraded insulation, along with recycling and composting. Free to the clubs and funded by a combination of philanthropies and foundations (70 percent), federal government (20 percent) and state government (10 percent), LiteClub has been a hit: The clubs are reducing energy usage and saving money — $2.6 million and counting. Basically, for every $1 invested, $2.40 in savings have been realized.

Even better, New Zealand’s larger neighbor and rival has noticed: "We’re hoping to launch Project Litefoot in Australia. It’s much bigger market — it has about five times the population of New Zealand, with over 23 million people," said Reid, "and their energy mix is much more carbon intense than ours: 80 percent of New Zealand’s electricity is generated through hydro-power, while 90 percent of Australia’s is from coal." Down the road, Project Litefoot hopes to work with the United Kingdom and perhaps Canada.

What about the U.S.? According to Reid, "the United States would be a big challenge as its community and youth sport infrastructure is very different than those of the Commonwealth nations. Still, I wouldn’t close the door." I hope not, because this is something that YMCA’s and Boys’ & Girls’ Clubs and other local sports entities from Maine to Hawaii should get behind.

Reid said one thing holds true no matter what the country: Athletes who make better, smarter, more sustainable choices will inspire their fans to do the same. Amen!