Protests, Politicians and Progress in Copenhagen

Around 1,000 people were detained on Saturday in Copenhagen after a group of youths began rioting during a rally associated with the U.N. Climate Change Conference. Estimates suggest between 30,000 and 50,000 people participated in the rally, which involved a march from Christiansborg Castle Square to the Bella Center, site of the COP15 negotiations. Witnesses to the rally and march said it stretched for more than 5 kilometers (3 miles).

On Friday, there were smaller protests in downtown Copenhagen. It appears that most of the protests are designed to express displeasure that more decisive actions are not being taken -- and to goad negotiators into making stronger commitments. Inside the Bella center a few mini-protests are held each day, including one featuring protesters dressed up as aliens, who asked, “Where are the climate leaders?” or “Take me to your climate leaders.”

Outside the Bella Center interest groups hand out a variety of literature promoting vegetarianism, claiming climate change is a hoax, or suggesting that this climate change conference is merely a pretext to the U.N. setting up One World Government.

The opening of the “Bright Green” expo on Saturday brought out politicians eager to learn about and encourage the green tech companies and products on display at this unique business event, held in conjunction with COP15. Bright Green is sponsored by the Danish Industry Council and the U.S. Department of Commerce. The event was opened by the Danish Prime Minister, Lars Lokke Rasmussen, and Gary Locke, the Secretary of Commerce for the United States.

The staff from Johnson Controls was pleased to host a visit by the Secretary of Commerce, accompanied by Laurie Fulton, the U.S. Ambassador to Denmark. We also had a visit and good conversation with Christine Gregoire, the Governor of the State of Washington.

In terms of the negotiations themselves, we have heard that there is a fairly succinct draft agreement circulating among the delegates, but one which leaves actual percentages and details to be agreed upon during the final week of COP15. This news underscores the optimism that has been evident throughout this week. Most seem to believe there will be a significant agreement at Copenhagen, even if it is not the binding treaty that had been hoped for originally.

Steve Thomas is manager of global energy and sustainability communications for Johnson Controls. He has been responsible for product, service and solutions communication efforts at the company for more than 20 years. 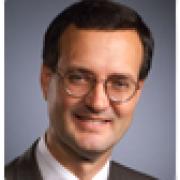 See all by Steve Thomas