Purchasing local solar power is a win-win for cities

Whether it’s Lancaster County produce or Kennett Square mushrooms, people in Philadelphia — and in many U.S. cities — recognize the benefits of buying food locally: it’s better for the environment and supports the regional economy. As it turns out, buying energy locally can have the same benefits. Just as Pennsylvania’s agricultural heritage allows Philadelphians to buy from nearby farms, the Keystone State’s renewable energy potential offers the option of buying homegrown clean electricity.

As Philadelphia’s energy manager, it’s my job to figure out how to power our city’s government buildings in a more strategic, efficient and sustainable way. In December, city council passed and Philadelphia Mayor Jim Kenney signed a bill that will give Philadelphia a major push, by making a power purchase agreement with a local solar energy developer. Adams Solar, part of Radnor, Pennsylvania-based Community Energy, will build a 70-megawatt solar farm in nearby Adams County over the next two years. This facility, seven times larger than Pennsylvania’s largest existing solar facility, will provide 22 percent of our city government’s electricity at a competitive fixed rate for the next 20 years.

How did we do this, and what can other cities learn from our experience? For one thing, Philadelphia is one of 105 U.S. cities that have committed to getting 100 percent of their electricity from clean sources. We’ve set the bar high, committing to obtain all of Philadelphia’s electricity from renewables by 2030 — less than a dozen years from today. These goals matter. Philadelphia’s commitment gave my office a mandate to start searching for renewable energy solutions right away.

This power purchase agreement just makes financial sense for Philadelphia. The Adams Solar project is budget-neutral. Locking in a competitive, flat rate for a large portion of our electricity demand means the city can hedge against future spikes in electricity prices. We’re investing in solar power at the perfect moment. In many places around the country — certainly here in Pennsylvania — renewable energy prices have come down enough that even electricity from brand new installations can be cost-competitive with electricity from existing fossil fuel plants. That’s why we’re able to pursue this project with no increase to the city energy budget. And doing a long-term, 20-year deal allowed Philadelphia to get a lower price.

Locking in a competitive, flat rate for a large portion of our electricity demand means Philadelphia can hedge against future spikes in electricity prices.

Champions throughout the government recognized the benefits of this deal. My team began engaging with other departments and various city leaders very early on in the process. In fact, we started working on this project two years ago, building consensus around the idea before seeking official approval to move forward.

It wasn’t such a hard sell. This kind of clean energy project not only helps us combat climate change, it also boosts the regional economy. Renewable energy is the way forward, so cities and states would be wise to build up their local solar and wind industries now. The latest estimates show that renewable energy currently employs about 800,000 Americans (PDF). This number is expected to grow, as the solar and wind industries are creating jobs 12 times faster than the rest of the U.S. economy. Developing local renewable energy is a great way for Pennsylvania to seize a piece of this exciting opportunity.

My office, the Office of Sustainability, is committed to ensuring that Philadelphians have a good shot at the jobs that Community Energy and its contractors create through this particular project. The power purchase agreement includes an Economic Opportunity Plan, aimed at recruiting construction businesses owned by minorities, women and people with disabilities to help build the facility. Once construction gets underway, job fairs will be held for both the contractors and their workforces right here in Philadelphia. Community Energy will also tap into existing efforts such as the Philadelphia Energy Authority and School District’s high-school solar training program. The Adams Solar project could be a model for other cities, not just from its technical aspects, but also from our efforts to proactively ensure equal opportunity.

To make their climate and economic goals real, cities should look to projects such as this power purchase agreement. They won’t necessarily have to do it alone: initiatives such as the American Cities Climate Challenge, supported by expert partners such as World Resources Institute and Rocky Mountain Institute (RMI), can help cities get renewable power more easily. While crafting our agreement, Philadelphia was able to tap into educational resources and consultants offered by RMI. Support is out there to help cities succeed.

We know the American grid needs to get clean fast. But how can we expect the grid to change if cities, as some of the largest utility customers, don’t add momentum with our purchasing decisions?

Furthermore, we hope this agreement will serve as a model that Philadelphia and Pennsylvania’s businesses, schools and other public institutions can follow. The future is bright for renewable energy in Philadelphia, in Pennsylvania and across America. Let’s invest in our local solar industry now to ensure a sustainable, affordable source of power for decades to come. 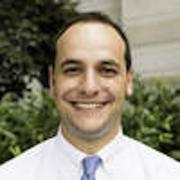 See all by Adam Agalloco