This story originally appeared on Yale Environment 360 and is reprinted with permission.

Yale Environment 360: The most recent IPCC report suggests that the political will to tackle the climate issue seems to be growing around the world. Can you give some specific examples of that?

Rajendra K. Pachauri: There is nothing that I am aware of in the Working Group III report that speaks to the political will to tackle climate change. But I can say that in my personal view I have been encouraged by a growing level of awareness and concern about climate change among senior government officials, including presidents and cabinet ministers, across the globe. I can’t say whether this will translate into global action, but it is an encouraging sign. I think there is a realization that failure to act on climate change will become a political liability at some point — and that point is rapidly drawing nearer. Besides, the cost of taking action in order to keep [global] temperature increase below 2 degrees Celsius is so low that the merit of this will not be lost on the global community. Nor would they remain unaware of the numerous co-benefits of both the adaptation and mitigation measures detailed in our reports.

Yale Environment 360: The latest report cites the steady drop in prices and increases in efficiency in solar and wind power. Do you think this is evidence that the real solution to the climate problem may come not from governments, but from scientists and business people?

Pachauri: I think the scientific and business communities are certainly a growing part of the solution and will become an even more 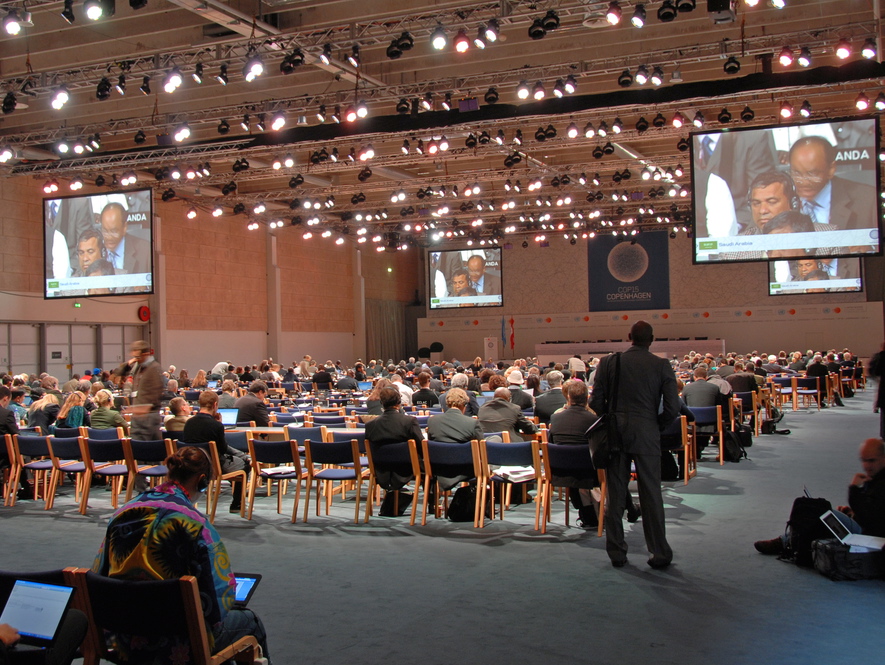 decisive change agent if governments fail to act decisively. But the fact is we still need good government policies to tackle climate change. And there is much to be done in the development and dissemination of renewable energy technologies as well, which requires initiatives by all stakeholders. At the global level, scenarios [to hold the amount of CO2 in the atmosphere to] 450 ppm (parts per million) are characterized by more rapid improvements of energy efficiency, nearly a quadrupling of the share of zero- and low-carbon energy supply from renewables, nuclear energy, and fossil energy with carbon dioxide capture and storage (CCS) or bioenergy with CCS by the year 2050.

This is a global challenge and it needs global cooperation. That can occur to some extent on a business-to-business level, but only governments can bring about global change in the time frame we need to avert the worst impacts of climate change.

Yale Environment 360: What do you believe is the single most important step that could be taken worldwide to begin reversing the rapid rise of greenhouse gas emissions?

Pachauri: There is no single step that is most important. This is a problem that can only be solved from a variety of perspectives. The solutions will include not only measures to reduce greenhouse gas emissions but adaptation measures that help us cope with the climate change that is already locked into the system and which we will have to deal with regardless of how effectively we reduce future emissions… Climate change is too big and complex a problem to solve with anything short of our full response capability.

Yale Environment 360: What is your strategy between now and next year’s meeting in Paris to build support and consensus for a comprehensive climate treaty?

Pachauri: My primary task in the next six months is to ensure that we bring out a good Synthesis Report as part of the Fifth Assessment cycle. That would complete what I hope would turn out to be a remarkable scientific assessment. I think — and certainly hope — this year will be remembered as the one in which we regained the initiative on climate change. Part of that will be a function of the amount of information being released and the initiatives undertaken this year that are raising public awareness.

The challenge for the IPCC will be to maintain the momentum we are building this year through the release of the Fifth Assessment Report. I can’t get into too many details at this point, but we are planning to hold a series of events in 2015 to highlight what climate change means to different regions around the world. We are very mindful that we need to take additional measures to ensure that the wealth of information from the report does not fade away before the meeting in Paris.

Yale Environment 360: Given the track record of past climate conferences, how likely is it that the world community will approve a meaningful treaty in Paris in 2015?

I certainly hope it leads to a meaningful outcome, but I am not in the position to give odds. However, I do think it would be a mistake to underestimate the chances of success. While it is tempting to conclude that [the Paris conference] will be a failure because it has been so difficult to reach an agreement in the past, we have to remember that ambitious global agreements typically take years, even decades, to finalize. Given the threat of climate change, we have to forge ahead with as much determination and energy as possible regardless of the odds. The stakes are much too high to give up.

Photo of protest at the 2009 UN climate talks in Copenhagen, Denmark by Irina Korshunova via Shutterstock.

How citizen scientists use the web to track the natural world

See all by Yale Environment 360