On Thursday, hundreds of corporate leaders ended a Business & Climate summit in Paris ahead of the global U.N. climate negotiations slated for December by asking for more aggressive action from government and policymakers.

Business leaders, for their part, pledged to do more themselves by "leading the global transition to a low-carbon, climate resilient economy."

Specifically, the more than 2,000 business leaders from around the world identified three imperatives for success leading into COP 21:

Paul Polman, CEO of Unilever, speaking about why business engagement has increased over recent months, commented: "The cost of not doing things is higher than not doing things."

He also noted that solving the climate crisis is a development issue, and without development, there would be no markets for business. In fact, he said, climate is a huge opportunity to find new markets in transitioning to a clean economy.

From talk to action

A price on carbon was a major theme of the summit, recognizing that the ability to achieve this goal will depend on how to harmonize the more than 40 pricing schemes currently in force around the world, while ensuring that any mechanism recognizes the importance of supporting developing nations in making the low-carbon transition.

Peter Bakker, head of the World Business Council for Sustainable Development, said carbon pricing would "covert to a global system over time," and would not be solved by the December meeting in Paris.

"We need to be carbon neutral by 2050," said Polman, adding that companies need to commit to 6 percent emission reductions per year to stay within the target of keeping global temperature rise within 2 degrees.

Consensus appeared to strengthen during the summit for the need to end fossil fuel subsidies, estimated at $5.3 billion earlier this week by the IMF.

Christiana Figueres, executive secretary of the UN Framework Convention on Climate Change, predicted that there definitely would be an agreement at COP 21, and stressed the need for the agreement to include "binding and differentiated" terms.

"Difficulties are still ahead," she said. "The structure of the agreement is clear, but the content — the how — is still being discussed."

"The devil will be in the details," echoed Bruno Lafont, CEO of Lafarge, with the possibility still that there is "not a convergence" of interests needed for achieving the business community's stated goals.

Even so, some investors, such as Mats Anderson, CEO of AP4, and Philippe Marchessaux, CEO of BNP Paribas-IP, were confident enough to start looking toward the role of COP 22.

"We need to start thinking about what we do after COP 21," Anderson said. Marchessaux added that "COP 22 should be about measurement" of action — no longer about discussion of what that action should be. 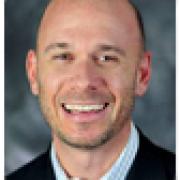 If CEOs hold the key to climate change, why aren't they driving?

It's time for the gloves to come off on climate change

See all by William Brent