Questions to ponder as the future electric grid takes shape

Imagining an electric grid where energy is collected from many distributed sources and where the cost of carbon and grid efficiency are reflected in pricing.

Imagine you could design the electricity market in one state from scratch. There are no pre-existing programs to satisfy and no political baggage to consider. Your only guideline is to allow the continued growth of solar power and distributed generation.

You’re given a blank slate on which to envision a long-term, sustainable energy market. What would it look like?

This was the challenge that Solar Electric Power Association (SEPA) posed to energy stakeholders in its 51st State Initiative.

This crowdsourcing competition, launched in 2014, sought to encourage constructive conversations about distributed energy resources by soliciting energy market designs for a hypothetical state.

Of the 13 proposals, three were selected by the Innovation Review Panel for further development at a recently held SEPA summit:

Some crosscutting themes and insights have emerged from the variety of proposals submitted to the competition:

For decades, electric utilities were the textbook example of a natural monopoly. Huge fixed costs deterred competition. Duplicating grid infrastructure was neither profitable nor economically efficient.

However, O’Boyle said, technological advances are challenging this assumption. “[The] combination of distributed generation, energy efficiency, and onsite storage mean that defecting … from the grid is an increasingly rational choice for consumers.”

Is distributed energy good for everyone?

For many contestants, the rise of distributed generation is a foregone conclusion. But is it a good thing?

Rábago and Kennerly said they think so.

“It’s like a crystal rod,” Rábago said, referring to the brittle state of the current utility structure. “A few well-placed bullets can bring down whole regions.” As examples of the system’s fragility, he pointed to Hurricane Sandy and recent power outages in Imperial Valley, California.

But Rábago and Kennerly said the benefits of distributed generation extend beyond greater grid resilience and reliability. Rábago said this model offers the best opportunity for improved cost-effectiveness, environmental performance and customer satisfaction.

How can regulators get the price right?

Across the board, the proposals called for changing how electricity is priced, noting that the traditional “cost-plus” regulatory model for rate-setting quickly was becoming obsolete in the face of increasing competition from distributed energy resources. Many proposals highlighted the need for more responsive, flexible, market-driven and value-based pricing models.

For example, in their proposal, Wellinghoff, Tong and Hu envisioned rates being set by “energy boxes” — software packages that would optimize energy consumption at the household level by buying and selling electricity on the grid.

An energy box would take care of a consumer’s electricity interests and needs the way a hedge fund takes care of an individual’s money. Electricity pricing would be determined through real-time machine-to-machine calculations.

Does this sound like something out of a sci-fi movie? Perhaps. But the authors said the technology for these virtual energy agents already exists.

Ed Regan also recommended more responsive pricing in his proposal, “2040 SEPA Fact Finding Mission to the 51st State” (PDF). In particular, he supported instituting mandatory time-of-use metering and billing. Both utility costs and the utility-system value of renewable energy vary substantially based on the time of day.

This type of real-time pricing doesn’t need to wait for the advent of the energy box. O’Boyle observed that existing information and smart-grid technologies, such as home automation products linked to smart meters, would allow consumers to avoid energy consumption during peak hours of the day.

How can carbon costs play a role?

“Price, value and cost are not the same things in utility markets,” said Rábago, partly in reference to this disconnect between static rates and dynamic value. However, he was also touching on another market inefficiency: The failure to include the cost of carbon in the price of electricity.

Putting a price on carbon, either through a tax or a trading scheme, is important to ensuring the optimal deployment of distributed generation, Rábago and Kennerly said. While current prices favor non-renewable sources of electricity generation, the two authors said the “cheapest solutions don’t look so cheap” once externalities are considered.

Carbon pricing, however, is just one of electricity’s many forgotten costs. O’Boyle said electricity prices also need to fully account for system costs that utilities can avoid because of distributed generation — such as infrastructure projects and power-plant retrofits.

What actions can states take?

Real-time energy pricing, comprehensive assessments of the social and private costs of electricity, market transformation from regulated monopoly to free-market competition: Are these impractical, idealistic aspirations or actionable objectives?

According to Rábago and Kennerly, these goals are actionable. The authors said there is no reason why states can’t make some progress on each of these fronts.

In contrast with traditional cost-of-service regulation, which narrowly bases rates on asset and operations costs, this new model would evaluate utilities on a range of value-based categories including reliability, efficiency and environmental performance. Utilities’ rates then would vary on a sliding scale according to how well they performed.

Alternatively, O’Boyle said, regulators could encourage innovation within the current regime by setting up mandatory pilot programs to test cutting-edge grid technologies and new rate designs. They then could scale up the successful pilot programs.

Even James White, whose proposal (PDF) sketched out what a 100-percent-solar electric state might look like, said his thought-experiment is feasible.

White said the technology already exists for a completely solarized grid and that incremental policy changes, such as guaranteeing grid access for distributed generators, further could support the growth of solar. Whether state residents would want to adopt 100 percent solar energy is a separate matter.

“There’s a price to be paid,” White said, referring to the fact that the costs of electricity usage may be relatively high during the night, when demand is high but solar generation is low.

Ultimately, it seems that success in any of these scenarios would hinge on making sure the price is right. 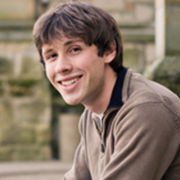 See all by Quentin Karpilow