Rail travel is cleaner than driving or flying, but will Americans buy in?

Transportation represents a large portion — about 29 percent — of U.S. emissions, and the share has been rising in recent years. Rail proponents often argue that investment in trains and public transportation is a key part of making transportation cleaner, and indeed, the Green New Deal calls for greatly expanding high-speed rail.

I’m a scholar of rail, and it’s clear to me that the quickest way to decrease greenhouse gases from transportation is to travel by train and move goods by rail instead of on the road or by air.

To explain why, it’s worth comparing rail to other modes of transportation on energy consumption and emissions, and to look at some developments that can make rail more widely used in the United States and less reliant on fossil fuels.

Transportation by rail is a major part of the transportation system in most countries, including in the United States, which has the longest freight railway system in the world with about 140,000 miles. Rail passenger services are essential in many areas, primarily in population centers such as New York and Chicago, and intercity rail has a significant market share in some corridors, such as the Northeast. Rail also offers long-distance routes connecting many smaller communities with each other and the large metropolitan areas in the country. 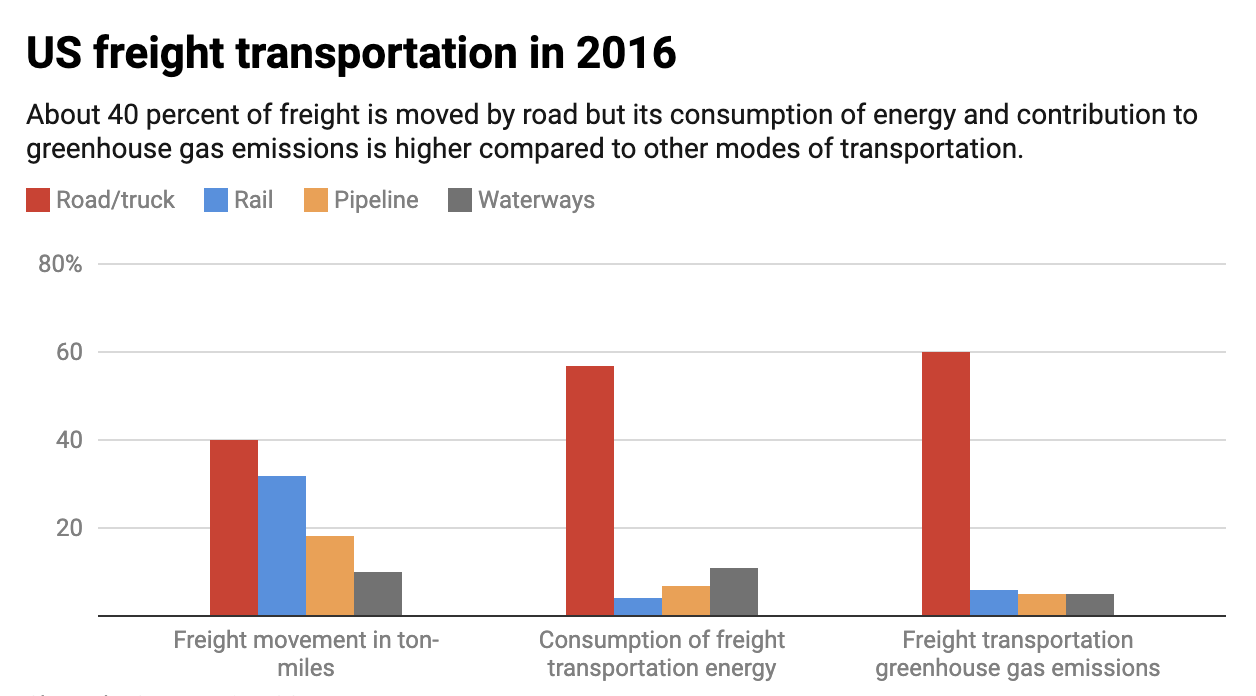 Data show that rail has a significantly lower energy footprint than trucks and passenger cars. Rail transport, with hard steel wheels on steel rail, has lower resistance to motion than road transportation. And the convoy formation of individual rail cars into trains also adds to its better energy and environmental performance.

Freight rail accounts for about one-third of the ton-miles and consumes only about 2 percent of the transportation energy in the United States. The higher efficiency can be illustrated this way: On average, freight railroads move a ton of cargo for around 479 miles on a gallon of fuel (PDF), about 11 times more energy-efficient than trucks on a ton-mile basis.

Passenger rail is around three times more efficient than a car on a passenger-mile basis at current occupancy levels. The lower energy consumption leads to lower greenhouse emissions. 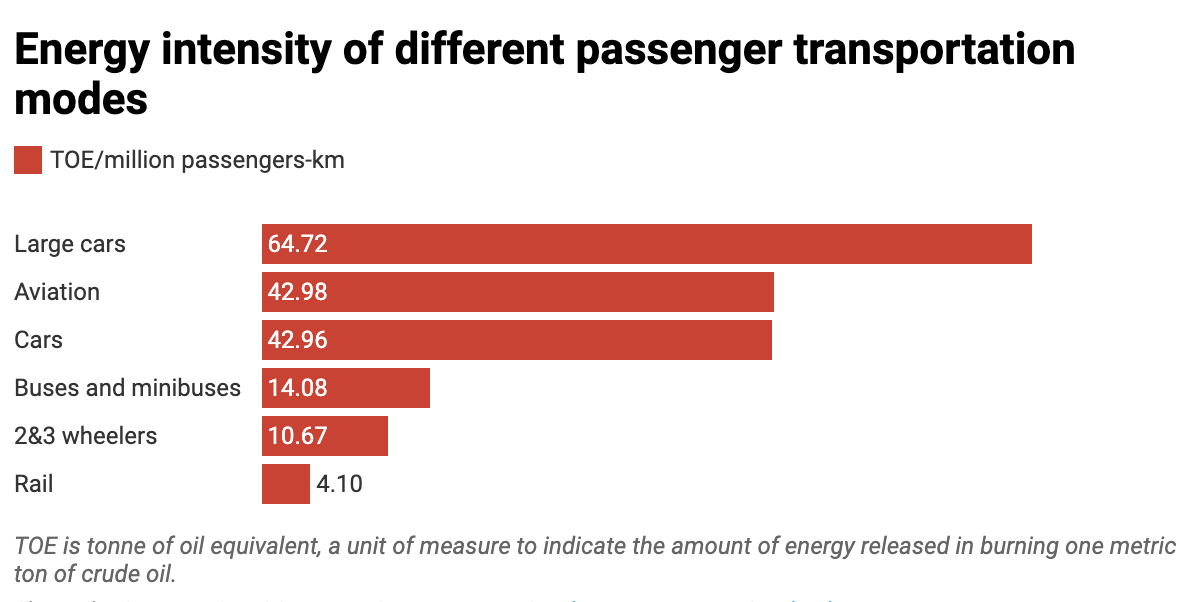 How U.S. and European rail differ

Often there is the perception that the United States lags behind other countries when it comes to rail, but in many cases that is not true. The country has, arguably, the best freight rail system in the world, which is owned, operated and financed by private companies. Passenger service (PDF) in specific corridors is comparable with the European counterparts: for example, in the Northeast. On long-distance routes and in less densely populated areas, however, there are often empty seats on Amtrak trains. 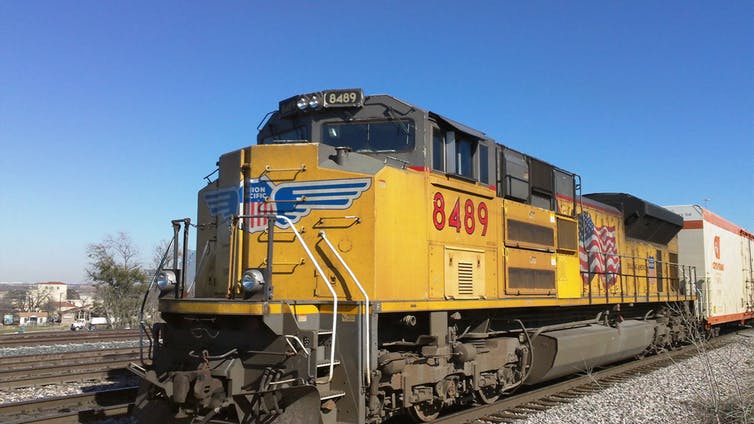 To compete with air for passenger transportation

Running passenger and freight trains on the same lines is possible but poses many challenges, as the characteristics of the two train types are very different; freight trains tend to be long, heavy and comparatively slow, while passenger trains are short, fast and comparatively light. If there are not too many trains on a line, this mixed traffic can be managed, but if there are a lot of trains, then separate infrastructure is the way forward.

When journey times are less than four hours, people usually prefer to travel by train instead of alternative options, such as air or road. For many corridors in the United States, it would be necessary to upgrade existing lines or to build new infrastructure to achieve competitive journey times.

For the high-speed rail projects in California, which the state recently decided to scale back, and Texas, where trains would be able to travel at speeds of 200 miles per hour or more, those states are building new infrastructure. Higher-speed options often allow existing rail tracks to be upgraded to accommodate speeds of around 110 miles per hour to around 125 miles per hour, and such projects are being implemented in Florida and the Midwest.

Most U.S. trains are diesel-electric, where a diesel engine runs a generator, supplying electric traction motors that turn the wheels. However, electricity also can be supplied by the grid to trains via wayside infrastructure, and this option accounts for about 4.5 percent of rail energy, more than for any other mode, with most being used in transit and commuter operation, and some intercity rail. Therefore, when the electricity generation mix becomes less greenhouse gas-intensive, those rail systems automatically follow.

For the lines where wayside electrification is not economically feasible — imagine routes that are long, such as Chicago to Los Angeles — or where traffic is relatively low, rail will continue to rely on on-board electric power generation.

Rail is developing options to reduce emissions for lines without wayside electrification too, with advanced diesel engine technologies,and exploration of less polluting energy options, including natural gas. Florida East Coast Railway has converted most of its locomotives to liquefied natural gas.

Having batteries to supply power to trains can significantly reduce or fully avoid conventional wayside electrification, decreasing cost and visual impact as no overhead wires are necessary on the right-of-way. These are suitable for relatively short distances and where power demand is low, such as light rail and streetcars. Detroit’s QLine, for example, operates 60 percent on battery power, or "off-wire."

Hydrogen fuel cell applications to rail, often referred to as hydrail, enable long range with a lower environmental footprint than diesel, and such trains for regional passenger service are already in operation in Germany. In the United States, the technology is being investigated by some passenger and transit railways, including in North Carolina, and its use for freight rail is being explored as well.

Even without these advances, rail is already more environmentally friendly than road or air. Dramatically expanding rail use, particularly passenger service, will require government investment in more frequent service on existing lines, starting service to areas that don’t have access to rail currently, reducing journey times and building out a larger passenger rail network. 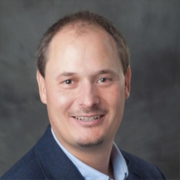 See all by Andreas Hoffrichter