This article is part of our Paradigm Shift series, produced by nonprofit PYXERA Global, on the diverse solutions driving the transition to a circular economy. See the full collection of stories and upcoming webinars with the authors here.

After the coronavirus pandemic has passed, the world will need solutions to repair our economy in a way that protects both the planet and its people. The circular economy is a solution for our future health and wellness and recycling has a vital role to play.

A circular economy is not possible without recycling, yet it can’t happen through recycling alone. As companies ramp up their circular economy goals, they’re often based on the concept that recycling will be the workhorse and catch-net of a bigger system. The truth is, that system is not yet a reality.

Recycling isn’t just a thing you do when you’re done drinking your bottle of water or reading the morning paper. It’s a system supported by hundreds of thousands of employees, generating billions of dollars in economic activity, and conserving precious natural resources. However, while it can feel as though it’s a singular service, in fact it represents a loosely connected, highly interdependent network of public and private interests. The U.S. census tells us there are about 20,000 local governments, each independently responsible for deciding what to recycle, how to recycle, or whether to offer recycling services at all. This collection of disaggregated waste management decisions is a challenging start of the "reverse supply chain" that is recycling.

The Recycling Partnership’s 2020 State of U.S. Curbside Recycling Report addresses a system that is causing some communities to abandon their programs, but also shows an overwhelming majority of communities across the country still committed to providing household recycling services. Americans continue to value and demand recycling as an essential public service according to The Recycling Partnership’s 2019 Earth Day survey.

A circular economy is not possible without recycling, yet it can’t happen through recycling alone.

The time to transform the way we think about and manage waste is now. Conceptually, recycling is and has been the "gateway" for a circular economy worldview to take hold in our society. In this transition, it’s critically important to seize on the cultural momentum that recycling has inspired, because behavior change takes so much longer than many other solvable challenges in the transition from linear to circular. Citizens can feel disheartened by the realization that our efforts to recycle are often in vain. Consider the following statistics:

A truly circular economy — one that takes us off the perilous take-make-waste path — can’t be built on the shaky foundation of the current U.S. recycling system just described. It needs to be shored up, supported, rebuilt and reinvigorated. Most important, it cannot work properly without the aligned efforts from all members of industrial supply chains.

Recycling is not just something that citizens do to feel good about buying something — it also provides a circular manufacturing feedstock that displaces newly extracted materials. It is needed by manufacturing to make new products, reduce environmental impact and achieve a more positive economic result. This is true for mature industries such as paper mills and aluminum smelters and for developing end markets such as chemical recycling.

The fate of current and not-yet-recyclable materials rests in the hands of a broad set of private sector actors who must adapt to support the transition. Strong, coordinated action is needed in areas including package design and labeling, capital investments, scaled adoption of best management practices, policy interventions, and consumer engagement.

The fate of current and not-yet-recyclable materials rests in the hands of a broad set of private sector actors who must adapt to support the transition.

A three-step plan to ensure recycling supports the circular economy

1. Support for local recycling programs with policies and capital

Local political support for recycling needs to be strengthened, such that municipalities are meeting the expectations of most Americans: recycling bins alongside trash cans, the contents of which are being recycled. All this needs to be supported at the federal level with policies that incentivize adoption and reduce confusion around recycling.

It also means continued innovation in the collection, sorting and general recyclability of materials, including the building of flexibility and resiliency to add new materials into the system.

An extensive series of targeted investments is needed to deliver a deeper integration of circular manufacturing feedstock into the supply chain. This will help provide the carts to collect the recyclables, the trucks to pick them up and the facilities to sort it all out. There also needs to be a deepened commitment to support both existing end markets such as cardboard, bottles and cans, and new end markets, such as chemical recycling, to keep more packaging and materials in the economy and more molecules in motion.

As published in The Recycling Partnership’s 2019 Bridge to Circularity Report, $250 million over the next five years could launch an innovation fund to design and implement the recycling system of the future using advanced technology, building more robust data systems and enhancing consumer participation.

We need more than the involvement of dozens of the biggest companies in the world. When you go to the store, it is not a monolithic experience. We don’t buy all our stuff from one brand, one company or one packaging material. Those leading companies shouldn’t be the only ones taking part in this transition.

Every aspect of the recycling system that feeds into the circular economy needs to be involved — from the design of the materials on store shelves for efficient recovery and recyclability to the community, infrastructure and end market components mentioned in the previous two steps.

It’s clear that unless stakeholders from across the value chain align and conform to the circular economy, we will not be able to drive the change necessary to move recycling in the United States to that place where no more waste is going to the landfill. It will take bold public-private partnerships and leadership to make lasting improvements. Recycling cannot solve for the circular economy, but the circular economy could solve recycling. Now is the time for action.

To learn more from the leaders of the circular economy transition, visit PYXERA Global. 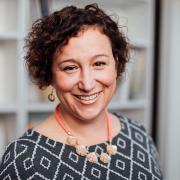 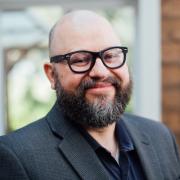 See all by Keefe Harrison