The brick-making industry in India is being transformed — and local environments cleaned up — by an innovation to make bricks from the fly-ash residue of coal plants.

Up until a few decades ago, being a brick-maker in India unequivocally meant moulding clay bricks by hand and manufacturing them in coal-fired kilns. This backbreaking work predestined brick-makers to wretched conditions, long hours and exposure to high levels of soot, a scourge on the lungs.

While this scenario is still an everyday reality for many, those that are modernizing their practices are getting the chance to dramatically improve their working conditions while drastically cutting air pollution and greenhouse gas emissions.

This change is thanks to two Indian scientists who, in 1986, came up with a new technology that revolutionized age-old brick-making practices.

Dr. Bhanumathidas and Mr. N. Kalidas created what they call Fal-G technology, so dubbed after its key ingredients: fly-ash; lime; and gypsum. This climate-friendly technology produces bricks without using top soil and completely eliminates the use of coal.

What makes these bricks so exceptional is their use of fly-ash, an unwanted residue obtained mainly from coal-fired power plants. Fly-ash bricks are lighter and stronger, and they reduce the plastering cost by 30 percent. Plus, by putting fly-ash to productive use, they reduce pollution of water, air and soil.

The inventors filed a patent but did not invoke it so that the technology would be able to institute real change across the brick-making industry. As a result, more than 18,000 FaL-G brick plants are in operation throughout India, and over 25 million tons of waste fly-ash are used for their production, helping the country tackle an environmental menace.

Interestingly, a sizeable number of women entrepreneurs are setting up fly-ash brick manufacturing plants in India, helping to increase employment and provide steady incomes to their families.

What’s more, the Indian government has mandated thermal power plants to provide fly-ash to brick manufacturers for free and stipulated targets to achieve high levels of ash use.

Although the adoption of FaL-G technology has had encouraging results, a number of issues hamper its widespread scale-up.

Many brick-makers are still using old clay techniques because there is little incentive for them to do otherwise, despite fly-ash brick production having a host of environmental and social advantages over conventional brick-making.

Further, although fly-ash can be acquired for free, brick manufacturers have to bear the cost of transporting it from thermal power plants to their production sites. In contrast, top soil for making clay bricks is easily available around brick-fields.

To deal with these challenges, the Fly-Ash Brick and Block Manufacturers Federation (FABMAFED) was formed in the hope that collective strength and a strong institutional backing would help tilt the political economy in favor of the environmentally friendly brick technology.

So far, the FABMAFED have been quite successful in lobbying the government on policy reforms favoring the adoption of fly-ash brick technology over clay brick technology.

Exporting the process to Bangladesh

IIP, with support from U.K. Department for International Development under its Knowledge Partnership Program, is looking at duplicating these efforts across Bangladesh, one of the most densely populated and polluted countries in the world.

Brick-making is one of Bangladesh’s biggest polluters, with clay brick production responsible for 9.8 million tons of greenhouse gases emitted each year, almost twice the amount of that in India. At the same time, the brick-making industry provides a million jobs in a country where money and food is scarce, and it forms the backbone of the construction industry.

Around 17 billion bricks are made in Bangladesh each year, and their manufacture requires around 45 million tonnes of fertile soil, equivalent to around 2,600 hectares of agricultural land. At this rate, the country is fast moving towards severe food shortages.

The government of Bangladesh has tried to clamp down on the industry through regulations mandating the use of cleaner technologies, but it has not helped in solving the pressing environmental and social challenges in a sustainable manner.

The government is also concurrently commissioning three large coal-based, super-thermal power plants to address its energy security concerns. These thermal power plants would produce large quantities of fly-ash, which will be a major environmental concern in few years.

However, if technologies such as FaL-G are promoted, waste fly-ash from Bangladesh’s existing or new coal-fired plants could be used to produce bricks of higher quality — saving forests, agricultural land and preventing environmental pollution while increasing sustainable livelihood potential. Of course, increasing the use of fly-ash bricks not only would benefit the environment, but also improve health outcomes and GDP in Bangladesh.

IIP is currently working with the inventors and the Bangladesh Brick Manufacturing Owners Association (BBMOA) to customize fly-ash brick technology to local conditions and carry out pilots. Successful piloting will help build confidence in the technology amongst BBMOA members, which is critical for uptake of the technology.

But we’ll need more support from policymakers and local industry if the project is to fly. This will be particularly important for overcoming the barriers that a new technology such as FaL-G will face in replacing conventional and well-established kiln practices. Indian experience with fly-ash brick-making can help shape favorable policies in Bangladesh and manage the challenges.

Experience shows that scaling up such technologies will require both supply-side push — through technology assistance, capacity-building and government policies that incentivize their adoption — as well as demand-side pull through favorable public procurement policy that promotes resource-efficient bricks to construction and building companies.

While there are some challenges, these are far outweighed by the benefits. Like the open source software movement, which has seen patents forfeited for public good, fly-ash brick technology has enormous potential to create positive change, and bring even more innovation in its wake. 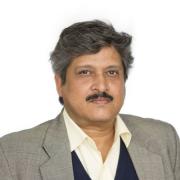 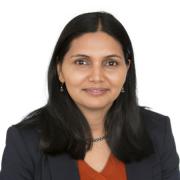 See all by Somnath Bhattacharjee