With a record $1.4 trillion in sustainability assets, investors bail on fossil fuels

As President-elect Donald Trump puts together his fossil fuel-focused administration, the investment community is moving full speed in the opposite direction, instead putting their bets on emissions reductions and support for clean energy.

Why is there so much momentum in the sector, especially considering the proclivity of the incoming Trump administration for fossil fuels?

Because of two short words that mean everything to investors: return and risk.

Price of renewables is right

Although federal policy and the bias of government leaders have an important influence on return and risk, they are far from the only factors. The investment thesis for clean energy is clear.

Solar energy is already the lowest-cost option in parts of the world and expected to beat out coal globally by 2025.

Prices are dropping, making renewables not only competitive, but also ushering in an era of undercutting fossil sources — even without subsidies. Solar energy, for example, is already the lowest-cost option in parts of the world and expected to beat out coal globally by 2025.

In addition, large consumers looking to insulate themselves from volatility in electricity markets are locking into financially favorable, long-term renewable energy purchases. Corporate power purchasing agreements, or PPAs, had their best year by far in Europe in 2016, totaling more than 1 gigawatt, up from about 400 megawatts in 2015.

New risks have also cropped up to steer investor behavior.

There is hesitance to fund coal, in particular, as credit ratings have been deteriorating. At least seven coal producers with liabilities of $500 million or more have filed for bankruptcy in the United States since the start of 2014.

The die has been cast; there is no turning back.

Credit downgrades have outnumbered upgrades among coal mining companies this year by about 8-to-1, Bloomberg data show. Such market realities are immune to politics.

Besides wanting to address climate change and other risks in their portfolios, investors seek to reap the rewards of a sector where revenues are outpacing costs and have become a clear value play.

As Pete Grannis, deputy controller at the $185 billion New York state public pension fund, said at an investor side event at the recent international climate talks in Marrakech, “The die has been cast; there is no turning back.” 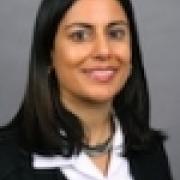 The blooming promise of green bonds

Inside the Climate Bonds Initiative with Sean Kidney

The benefits of tying executive compensation to sustainability

See all by Namrita Kapur