When it comes to fighting climate change, most thoughts turn to clean energy — from electric vehicles to solar–powered homes. But we often overlook one of the most significant sources of heat–trapping gas emissions: food.

Today, how we produce food accounts for more human–generated greenhouse gases than transportation. When we clear forests, grasslands and mangroves to raise crops, we emit billions of tons of carbon dioxide into the atmosphere, where it heats the planet. This activity also diminishes the land’s ability to re-absorb the gas and store it in the ground, where it fuels life.

As the planet’s growing and increasingly wealthy population doubles the demand for food, we can’t afford to double our consumption of the planet’s natural resources. Fortunately, we don’t have to.

That’s because we already produce enough food to meet consumer demand today and for years to come. It’s estimated we lose or waste a third of it — 1.3 billion tons of food either lost in fields and trucks or wasted in restaurants, supermarkets and home kitchens, every year.

If we recovered more edible food that is lost or wasted in the United States, it could be enough to provide more than 190 million adults with 2,000 calories of energy every day.

Reducing food waste also would protect habitats. Globally, we use 5.4 million square miles of land — about 10 percent of the planet’s habitable surface — to produce food that’s never eaten. In the United States, we’ve converted about 80 million acres of wildlife habitat just to produce food that was wasted. Wasting less could shrink this gigantic footprint, or at least ensure we don’t continue agricultural expansion, which leaves more for wildlife.

Food waste also contributes directly to climate change. Most wasted food ends up in landfills, where the zero–oxygen environment turns organic matter — from bread to banana peels — into methane, a gas that traps about 30 times more heat than carbon dioxide over the course of a century. Between the emissions associated with its production and its decay in landfills, food waste represents 4.4 billion tons of annual greenhouse gas emissions.

How we produce food accounts for more human–generated greenhouse gases than transportation.

Luckily, every person and organization can do something to save food — and money. Indeed, a review of 1,200 business sites across 700 companies in 17 countries implementing waste reduction strategies found that nearly every site achieved a positive return on investment, with half seeing a 14–fold return or greater.

WWF worked with the American Hotel and Lodging Association to test food waste reduction strategies in a mix of full–service branded hotels and several independent operations across the country. We tried low–waste menu planning, staff training and education, customer engagement and other interventions. Overall, over the 12–week program, participating properties reduced food waste at least 10 percent and, in some cases, lowered food costs by 3 percent or more. These savings can add up, considering the hospitality industry serves $35 billion in catering and banquets each year.

In some ways, it’s not surprising that we waste so much food; it has never cost less or been more readily available. Abundance and affordability are good problems to have, but they lull us into a false sense of security. Inexpensive food externalizes costs that we might not see on our grocery receipts, but we all ultimately pay. To successfully reduce food waste, we need a culture shift that recognizes these costs and places a higher value on food.

A few weeks ago, thousands of people met in San Francisco for the Global Climate Action Summit. Whereas the United Nations’ efforts to curb climate change primarily engage national governments, this event was designed to rally all of the other stakeholders — regional and local policymakers, business leaders, farmers and ranchers, conservationists, scientists and more — who have a stake in climate change.

Clean energy is on the agenda, of course, and so is food. We’re broadening the conversation to ensure that food waste and other land–oriented solutions are a larger part of the discussion when national governments reconvene under the U.N.'s banner.

In the meantime, whether you’re the head of a global business or your own household, our common call to action is this: Value food more and waste it less. If millions of people and businesses make small changes, we can protect the planet and feed everyone on it. 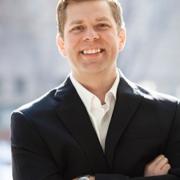 See all by Pete Pearson