World Energy Trilemma: Priority Actions on Climate Change and How to Balance the Trilemma 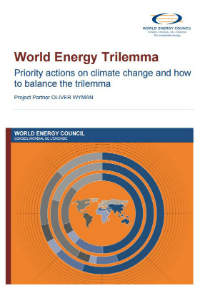 “No one, neither policymakers nor business leaders, believes that we can go forward with business as usual. Everyone realizes that there is a need to move towards an entirely new, balanced, low-carbon energy system.”

The World Energy Council partnered with the consultant group Oliver Wyman and the Global Risk Center to help provide this framework for the transition into a low carbon economy.

The report argues that the lack of certainty about what future regulations and guidelines would look like in a low carbon economy is making the transition for the energy sector and finance sector very difficult. In order for change to happen we must have a guideline for change.

According to the report, a “clear framework will reduce policy uncertainty which has been lingering over the energy sector, and is proving detrimental to unlocking the $48- 53 trillion  necessary investments in global energy infrastructure and energy-efficiency measures.”

For anyone following or attending the UN Climate Change Conference (COP 21) in Paris in December, this report is a must read. What makes this report so intriguing and timely is that it focuses on how to engage the energy sector on climate talks and a low carbon economy. Specifically, the report is trying to find and determine a guideline and framework to reduce uncertainty.

The World Energy Trilemma also provides a rare well rounded snapshot on sustainability initatives around the world. These include UAE, Finland and Ghana by providing these views can allow readers to look beyond the U.S. and Western Europe and see where progress is being made in under reported regions.

Clicking Clean: A guide to Building the Green Internet 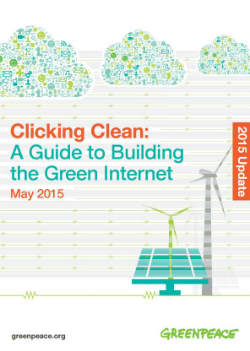 “The transition to online distribution models, such as video streaming, appears to deliver a reduction in the carbon footprint over traditional models of delivery. However, in some cases, this shift may simply be enabling much higher levels of consumption, ultimately increasing the total amount of electricity consumed and the associated pollution from electricity generation.”

Greenpeace’s 72-page report analyzes and ranks internet companies on their energy efficiency and renewable energy initiatives. The report highlights Apple, Google and Facebook as leaders in shifting the internet toward renewable energy, while drawing attention to industry laggards. A large section of the report also discusses the challenges and barriers to entry, such as monopolized utilities companies, that remain in getting the internet to move toward a renewable future.

What makes Greenpeace’s report compelling is that it details how internet companies, something we generally think as energy efficient, are major energy consumers. This is largely due to the vast amounts of energy required for their data centers. Not only does the report highlight what companies are doing to invest in clean tech and reduce their energy output, but it presents a convincing case for using renewable energy in data centers for internet companies makes financial sense. 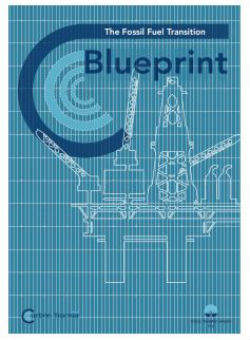 “Carbon Tracker believes that fossil fuel management are overly focused on demand and price scenarios that assume business as usual and so there may be a risk assessment ‘gap’ between a management’s view of the future and that which would result from action on climate change, technology developments and changing economic assumptions.”

Carbon Tracker, like the World Energy Council, bases it report on the energy sector’s transition to a low carbon economy. Carbon Tracker, however, specifically focuses on the financial and investment implications that this transition has by looking at metrics such as shareholder return and value at risk (VaR).

Yet again, Carbon Tracker has released a comprehensive report about the transition to a low carbon economy. Carbon Tracker focuses particularly on how company management and investors can prepare for the financial risks associated with this transition. In the report, Carbon Tracker repeats its claim that fossil fuel companies are not assessing their risks accurately. What makes the report stand out is its narrow focus by providing different methods for valuing financial risks.

Making the Business and Economic Case for Safer Chemistry

“We found that safer chemistry’s potential for creating business and economic value is promising but not yet fully realized. Customers (including consumers, institutions, large retailers and public agencies) are conveying signals to brands, manufacturers, formulators and chemical companies.”

“Actions are being taken, R&D is occurring and chemicals are being reformulated. However, these changes are limited, primarily reactionary (not proactive) and situational (not comprehensive).”

In this report, the American Sustainability Council, the Green Energy Commerce Council and Trucost discuss how using green chemistry and rather than potentially health harmful chemicals is good for business.

Green chemistry is not generally on the forefront of conversation when it comes to how businesses integrate sustainability, which makes this report exceptionally resourceful and insightful. This report also does a great job of relaying how utilizing green chemistry is a smart business move. It explains that this is partly caused by an increasing trend in investment in green materials. And it will be interesting to see if this area becomes a larger subject of interest in sustainability.

Can we solve the global energy ‘trilemma’?

The future of energy in 4 charts