Recent actions in Washington, including a partnership with the Rockefeller Foundation and the creation of a Resilience AmeriCorp, show how to connect the dots.

It's sometimes hard to understand how fighting the negative effects of climate change relates to the economic success of America, including its most vulnerable citizens. We talk a lot about this at Urban Solutions, and it was articulated extremely well during a recent presentation by President Barack Obama's top budget expert.

At his recent talk in Washington on "Building Climate Resilience for Equitable Communities," Office of Management and Budget Director Shaun Donovan said he sees action on climate change as not just the defining environmental challenge of our time, but as a way to grow the economy and allow for everyone to share in the growth, "including, and especially, those who have historically been left behind."

New economic investments in fighting the effects of climate change generate jobs, and Americans are able to save money as we make our homes and businesses more energy efficient. By FEMA's estimates, for every dollar invested in climate resiliency, we save at least $4.

But as Donovan pointed out, it's one thing to note that energy efficiency could save the U.S. economy $327 billion a year by 2030, according to one analysis, or 2 percent of GDP. It's another to relate that figure to the usual talk at dinner for average Americans.

He announced a number of actions the Obama administration is taking to make those connections and build resilient communities — more steps forward for low-income communities and people of color because the risks from climate change aren't equally shared. Poor families are more vulnerable; their neighborhoods are often in the low-lying areas that flood with every rainstorm; their children have higher asthma rates due to exposure to mold and dust that seeps in through leaky windows; and the elderly may not be able to afford to run an air conditioner when the temperatures gets high.

"Climate action belongs in the national conversation we're engaging in across the country — around kitchen tables and in the halls of the White House: Why can't some folks, who work hard and play by the rules, get ahead?" Donovan said, according to his prepared remarks. "Why some children are less likely to go to college, find good-paying jobs, and stay out of the criminal justice system? Why do those who have the least stand to lose the most when the storm comes through?"

I was pleased to hear that the administration plans, in partnership with the Rockefeller Foundation, to invest in capacity-building for low-income communities, provide training for Native American tribes on the tools and strategies to become resilient, significantly expand opportunities for solar power on the roofs of affordable housing and train public housing residents for jobs in the growing solar industry.

These are the kinds of incentives that can help local leaders create the ladders to opportunity we've been talking about for so long.

One more piece of the recent announcements that I really liked: Resilience AmeriCorp. Think of the power of thousands of young people working to make our communities strong and resilient, fixing infrastructure, tightening leaky windows and doors, building parks that double as storm detention and teaching families what to do in case of an emergency.

It strikes me as a perfect entry point to a new generation of climate activists in our cities.

These announcements, coupled with recent commitment of the Department of Housing and Urban Development to enforce civil rights laws by telling cities they must address patterns of development and disinvestment — stopping sprawl — shows me that we are starting to get serious about acting on both climate and inequality.

It demonstrates that those in the administration appear to "get" the importance of action on climate change — not just as an environmental issue but as a strategy to address persistent inequality and our collective financial health — encompassing all the things we do discuss around the kitchen table. 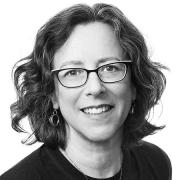