For all the talk about green, sustainable, carbon-neutral, smart and resilient cities — and all of the cities that are pursuing one or more of these laudable goals — it’s far easier said than done. It takes money, of course, along with the breaking down of silos and sectors, to turn aspirations into action and results.

It takes technologies, everything from open data to integrated transportation systems to next-gen infrastructure embedded with sensors and intelligence.

It also takes new kinds of partnerships and collaboration between the public and private sectors. That can be where the process breaks down.

Last year, as part of our annual VERGE conference, we convened a one-day City Summit, bringing together about 100 companies and cities to explore how to partner more effectively. It was a highly engaging and productive day. The theme of this year’s City Summit Oct. 26 in San Jose is "Partnerships and Financing for Resilient Infrastructure."

In the run-up to the event, I recently spoke with Mark Paris, who will participate in a "foundational conversation" that will open the summit. Paris is managing director of Citi’s Municipal Markets Division who also leads Citi's Urban Innovation Initiative, about the nature of partnerships between companies and cities, and how they can be more effective.

Joel Makower: How would you characterize the state of the art of cities working together to share technologies and information around sustainability and resilience?

I think collaboration is happening with places like 100 Resilient Cities through the Rockefeller Foundation, where they are looking around the world to address resilience. And by so doing, it forces a conversation among the leadership within those cities. So that’s great news and we need more of that. And what you're doing is great news. 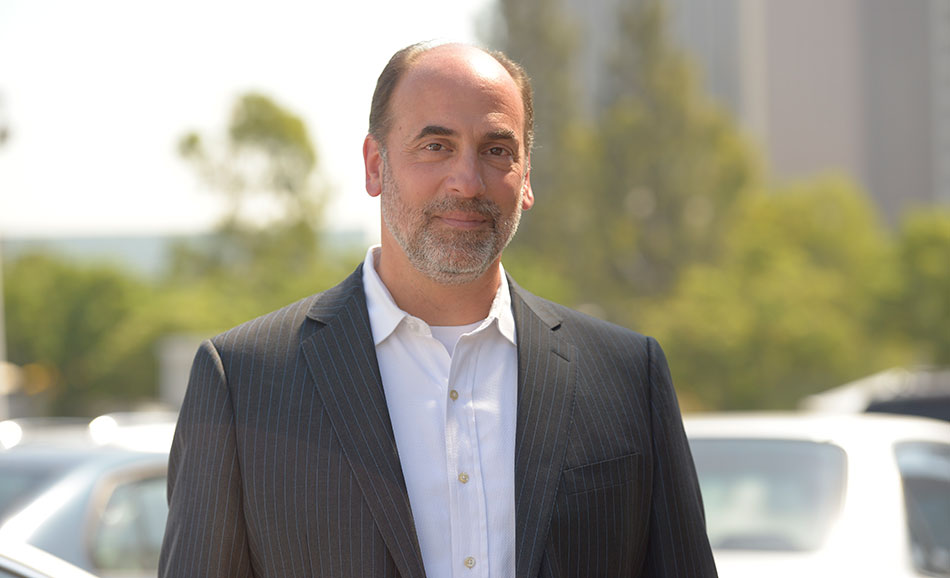 I think more things can be done. For example, one area to think about is the notion of shared pilot programs, where ideas are vetted by multiple cities at the same time. They could be mobility issues or food issues, or any of the key issues surrounding cities today. The new technologies that are out there that are addressing these multiple areas and arenas. One model is a place where these cities can all test these ideas simultaneously.

That reduces the risk to those cities, both politically and financially, because these are pilot tests. And it allows cities to test an idea and not be the only ones testing it. So they're not alone.

Now pilot testing happens all the time. It's just my belief that we need to expand and grow that. That kind of a collaborative model could easily take place, and since it's pilot testing it would be very low cost, because it would be for a very short period of time — three months or so, depending upon what the idea is. And they can share the results.

Makower: Do you see this happening?

Paris: It can happen more. There's no question that there's more opportunities for it, because I know of companies that are looking to scale, looking to be tested, but ultimately they run out of money before they can be heard.

It takes a long time for a governmental entity, as a rule, to make a decision whether to use a technology.

One of the reasons for that is that it takes a long time for a governmental entity, as a rule, to make a decision whether to use a technology. And typically you do a pilot before you make a full-blown decision, but that adds more time to the clock. Meanwhile the startup is running out of cash, going back to its funders trying to raise more money to stay alive, and oftentimes the funders don't come back and provide more funding because they don’t want to keep waiting.

Makower: How much do the nature of RFPs help or hinder the process?

Paris: RFPs are sometimes designed in a way that doesn't capture the essence of what a new idea could do for a city. What I mean by that is that a company brings an idea to a city, a city likes that idea, perhaps that city even goes through a test of that idea.

And then it sends an RFP out to the marketplace, but the RFP doesn't necessarily just capture that particular idea, it may be casting a broader net. Which might seem to be initially in the interest of the city. However, its broader net may bring in other parties who were not involved in this new idea to respond to other areas of that RFP, win the RFP and disqualify the innovative company's new idea. So the new idea, therefore, never gets used.

This is, in part, why Citi is making investments in companies like Revolution Foods or View Glass. We are willing to take some of the initial risks on promising companies and technologies, giving them some additional runway and proof of concept so they can eventually make it to market in a municipal environment.

Makower: My sense is that there's relatively little understanding among cities of the state of technology and how to harness it.

Paris: Some of the ways to address this would be, again, the multi-pilot concept that I had articulated before. I think it's financeable, it's fundable, it's financially small enough cost that it can be done. And it is a great way to bring all the CIOs together as well as other individuals that share common roles within city government, whether it's the CFOs or the treasurers or the chiefs of staff.

Another thing is a common set of standards in regards to how cities can engage in onboarding new ideas that can potentially solve core problems of those cities, whether it's water, transportation, food or education. That involves the finance side of city government and it obviously involves the political side, so these cities can be able to take some risk of testing ideas within parameters.

Obviously they don't want to test ideas out that could potentially be dangerous or harmful to the environment. But there should be some ability to test these ideas so they can see if they are useful for their society. And then, in so doing, there could be articulated standards within RFPs.

Now let's be realistic. You're not going to get 10 U.S. government cities to sit down and be able to do that in any decent time frame and be able to execute on that. So that's why I keep falling back to the idea of multi-pilot testing because I think that is something that is very doable very quickly.

Makower: You mentioned a city's willingness to take risk. Talk a little bit more about that.

There are platforms and ideas that we have seen addressing how financial information is delivered by city government so that it is transparent, and easily and readily available. There are technologies that allow a city to more quickly do its billings and collections. All of those ideas are great from an efficiency standpoint, but they affect employment. And so a government oftentimes has to face the political possibility that it's solving a problem but it's creating another one.

That is one of the reasons cities feel that they need to move much more cautiously in this arena than a company would when it makes an efficiency decision that it believes provides a return for its shareholders.

Public-private partnerships and revenue-sharing models can help to defray risk to cities as long as cities can come to terms with how much revenue/benefit they are willing to relinquish in exchange for risk reduction.

Public-private partnerships and revenue-sharing models can help to defray risk to cities as well, and banks like Citi have the kind of expertise, staffing and capital models to facilitate it as long as cities can come to terms with how much revenue/benefit they are willing to relinquish in exchange for risk reduction. This has great potential and has been used in many places but significantly slows the go-to market for start-ups. I can’t stress enough how important time is.

Makower: It sounds like you — Citi — still see a huge opportunity in forging these relationships and helping provide the wherewithal for cities to take on these risks.

Paris: There's no question and I'm passionate about this. Our company wants to do whatever it can to be helpful to cities solving those core problems and opportunities in urbanity. Citi is totally dedicated to being there in the conversation, not only as a bank, but in bringing people together and ideas.