Restaurants always have played a large role in shaping how eaters view food. They help remind consumers how food is produced and where it comes from. Their influence sometimes can bring about green trends in cooking and no-waste practices, but the full potential of the industry to help create a more renewable food system is yet to be realized. Zero Foodprint is an organization aiming to tap into that potential of restaurants to educate consumers.

Food Tank had the chance to talk to Anthony Myint, co-founder of Zero Foodprint and iconic restaurants such as Mission Chinese Food, Commonwealth Restaurant and The Perennial.

"We’ve always believed that restaurants could do more than serve food," Myint says to Food Tank. "The restaurant industry is by far the biggest sector in the food system at $799 billion in the United States — larger than farming and retail. And more than just financial capital, I’d argue that chefs have the most cultural capital and agility as well." Zero Foodprint is all about redirecting a small fraction of that capital to help fund the transition towards regenerative agricultural practices, and many world-renowned chefs already have signed on.

According to a recent article from Science Advances, agricultural management practices that draw carbon from the atmosphere and place it into soils have the potential to be key in the fight to reverse climate change. These practices have been described as "carbon farming" by many organizations, including the California Water Science Center, the Western Australian Government and in the Journal of Environmental Management.

The restaurant industry is by far the biggest sector in the food system at $799 billion in the United States — larger than farming and retail.

Myint tells Food Tank, "For reference, if the U.S. restaurant industry added a 1 percent charge at restaurants and sent it towards carbon farming in the food system and other environmental projects, it could fund practices that would offset half of the U.S. gasoline consumption. The practicality and scalability of carbon farming is the biggest climate opportunity and probably the biggest story in food."

Myint tells Food Tank, "I mean, I am not sure if my staff is showing up to work tomorrow or if my orders are going to arrive or if customers will come or if I’ll make payroll this month. Most chefs are not even looking two months ahead, much less to the next generation." Zero Foodprint aims to find a practical way for any restaurant to get on board that doesn’t add to their already-full plates.

Every Earth Day, Zero Foodprint brings together chefs and restaurants from all over the world to go carbon neutral. By donating $1 per diner, restaurants can offset their carbon emissions for the day by helping fund the transition to regenerative agriculture. This year, some of the world’s best restaurants participated, including noma, Chez Panisse, Eleven Madison Park, Saint Peter and Attica.

Having many of the world’s top chefs supporting the fight for sustainable agriculture could have a massive influence on where the industry is heading. Myint tells Food Tank, "If 10 celebrity chefs started really working on climate change, soon it would be 1,000. The industry is simply waiting to be activated."

Myint also co-founded The Perennial Farming Initiative with partner Karen Leibowitz to help steer the food system in a regenerative direction by using agriculture to sequester carbon (the capture and long-term storage of carbon dioxide) and fight climate change.

Focusing on healthy soils may bring about a more holistic view of not only what we’re eating, but how it was produced, which could help make positive changes in the food system from the ground up. "The solution isn’t using the chard stems and stem cell burgers, it’s shifting millions of acres, billions of dollars and trillions of pounds of organic matter," says Myint to Food Tank. 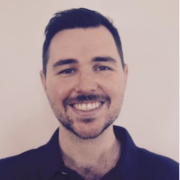 See all by Douglas Donnellan