Retail Horizons: Are cities less important in an online world?

This article is the third in a 12-part series about the future of U.S. retail for the Forum for the Future-led 2014 Retail Horizons project in partnership with Retail Industry Leaders Association. For more about the project and the toolkit available in October, read the first post, which also contains a table of contents for the series.

By 2030, new technology, collaborative consumption and the price of energy all will affect where people live and how they shop — with important consequences for the retail sector. The exact contours of these changes are highly uncertain. Forum for the Future has collaborated with the Retail Industry Leaders Association to develop a set of four scenarios to explore some key factors such as these that will shape the future of retail.

Online shopping, mobile applications and the digitization of content already have profoundly disrupted traditional retail. With more than 60 percent of all U.S. retail sales predicted to involve using the Internet by 2017, the central role of cities and stores to retailers has been thrown into question. However, as Alisha Bhagat explains, brick-and-mortar stores still have an important role to play — provided they can integrate new technologies to provide their shoppers with a seamless and augmented experience.

This sort of integration already is migrating beyond the walls of the store and into the city streets. The grocery delivery service Peapod, for example, has installed virtual grocery stores on train platforms in Philadelphia and Chicago.

This "retail everywhere" experience stands to be greatly enhanced as consumers generate and share ever-increasing amounts of data through the use of wearable devices, and as governments and businesses deploy sensors within cities to gather more data. As one of our scenarios illustrates, integrating such data could create new possibilities to provide urban consumers with a highly customized and even anticipatory retail experience. However, with highly publicized data breaches, such as the NSA spying scandal and hacking on a massive scale, there exists a real risk of a public backlash against sharing data.

The rapid growth of the sharing economy is another trend that is already disrupting some industries and could change the face of retail. Online platforms such as Neighborgoods and yerdle are being used to coordinate the free sharing of consumer items that are underused or no longer needed. While these services leverage the Internet, many work best in cities, where large numbers of participants are clustered in the same area.

Collaborative consumption is growing fast, with more than a third of millennials either belonging to a sharing platform or expecting to join one within the year. It remains to be seen whether business will find a way to participate in the sharing economy or whether it could get sidelined. Our Retail Horizons scenarios explore some possibilities.

Finally, the cost of energy will have a significant but uncertain effect on where people live and how they shop. Although the U.S. is in the midst of a cheap energy boom, driven in large part by fracked oil and gas, this could change. Rapidly declining yields could drive up the price of fuel, potentially raising the cost of transportation and consumer goods and giving added momentum to urbanization. A forthcoming blog post in our 12-part series on the future of retail will examine these questions in greater detail.

The factors shaping the future of retail are complex, but our scenarios and toolkit will offer retailers a means to think through some possibilities, as well as the strategic implications for their business and for the transition to a more sustainable world.

Top image of buildings by javarman via Shutterstock. 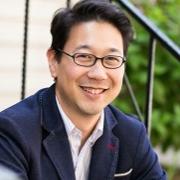 These 4 recommendations can boost your company's resilience

See all by Jacob Park