This article is the fourth in a 12-part series about the future of U.S. retail for the Forum for the Future-led 2014 Retail Horizons project in partnership with Retail Industry Leaders Association. For more about the project and the toolkit available in October, read the first post, which also contains a table of contents for the series.

There has been a lot of talk about onshoring and reshoring lately. General Electric and Caterpillar are just two of several U.S. companies who recently announced moving production facilities back to the States.

According to a White House fact sheet, there have been 646,000 new manufacturing jobs in the U.S. since 2010 — the sector's highest growth since the 1990s — and many are with returning U.S. companies. In a 2013 survey by Boston Consulting Group, 54 percent of U.S.-based manufacturers actively were considering bringing production back home from China. While this may be great for the economy, the long-term sustainability impact is unclear.

It is first worth considering why onshoring is so appealing to companies. Many attribute the recent wave of onshoring to the weakening of the U.S. dollar after the 2008 financial crisis; after all, cheap wages abroad originally led U.S. companies into moving production overseas. But low-cost labor is not quite as low-cost as it used to be: According to BCG, the pay and benefits for the average Chinese factory worker rose by 19 percent a year between 2005 and 2010.

Consumers prefer "Made in the USA" products, as well. In another BCG study, more than 80 percent of U.S. consumers said they would pay a premium for American-made products, not least because it boosts jobs and injects capital into the community.

Competitive wages and consumer preferences are only two components of a complex value chain, however. In looking at whether a domestically produced product is more sustainable, it is important to consider all parts, from built infrastructure to human capital and distribution networks. This will, of course, vary by product and country.

Maritime shipping, for example, is a much more carbon-efficient way of transporting goods than road and air transport in many instances. So what you find is that it actually may be more fuel-efficient to buy an appliance made in Shenzhen and shipped to Los Angeles rather than one built in New York and driven over.

Centralized production also can be tied to comparative advantage. For example, many advocates of locally produced food use food miles to demonstrate that local food is more sustainable. While local production does decrease transport distance, there may be sustainability losses in other areas. The Guardian compared apples and lamb grown in New Zealand versus the U.K. New Zealand has to ship its products farther, but it also has a climate, soil and power source that allow for low-carbon production.

For onshoring to be the most sustainable option in the U.S., the country must have social and environmental gains that improved significantly on existing systems. Domestic and global political, economic and social factors are all relevant to sustainability. A whole host of future exogenous factors — including conflict, boycotts and labor strikes, changes in international taxes and tariffs, government subsidies, a rise in the minimum wage in countries such as China or resource scarcity — could make onshoring more appealing to U.S. companies.

In a set of scenarios that Forum for the Future recently developed for the 2014 Retail Horizons project, we explored the impact of the cost of energy on several possible futures for American retail. Rising energy costs could lead to an increase in the cost of international shipping, but this in turn could be mitigated by technological advances such as more efficient cargo ships.

In short, it is difficult to predict whether onshoring will become widespread in the future, and whether the shift will mean greater sustainability gains. Still, there are a number of reasons why onshoring businesses can be great: They provide jobs for local people, are better connected to consumers and offer product diversity. But they aren't necessarily more sustainable.

Top image of "welcome back" notes by marekuliasz via Shutterstock. 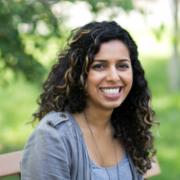