This article is the fifth in a 12-part series about the future of U.S. retail for the Forum for the Future-led 2014 Retail Horizons project in partnership with Retail Industry Leaders Association. For more about the project and the toolkit available in October, read the first post, which also contains a table of contents for the series.

"In the years ahead, it will no longer be enough to look simply at economic growth. … We will need to ask if this growth is inclusive." So said International Monetary Fund Managing Director Christine Lagarde in a speech at Stanford University in February.

It's been a year of debate about inequality, generally coming at the issue from a conventional economics point of view, but it is of critical importance to sustainability. A grossly unequal society cannot be a sustainable society.

Thomas Piketty's bestseller "Capital in the Twenty-First Century" prompted the debate by arguing that inequality is an inherent aspect of unfettered capitalism.

Regardless whether you agree with that — and it's been a contentious point, to say the least — the gap between rich and poor seems to be widening right across the world.

Recent data (PDF) from the U.S. Census Bureau bears this out. It shows that while average wealth declined in the U.S. from 2001 to 2011, it increased quite dramatically for the top quintile of the population. It's perhaps not surprising that some of the lowest-paid workers are making their voices heard. And the debate is by no means confined to the States — in the U.K., anger at top executives' pay has barely diminished since the depths of the recession.

Research shows time and again that wealth polarization is associated with negative social outcomes, from poor education, poor health, higher crime levels to lower trust and social participation — even civil war. Although some businesses might be able to survive and prosper in that sort of world, most will find it challenging; business has a strong commercial interest in a well-functioning society.

Retail Horizons is a piece of joint future-gazing from RILA (Retail Industry Leaders Association), Target, Unilever and international sustainability non-profit Forum for the Future in which four scenarios explore alternative futures for the retail industry. In one, named "Predictive Planet," we explore how retail radically could be changed by the mainstreaming of predictive algorithms and immersive technology, transforming our relationship with brands, marketing and each other.

This world may have an exciting, high-tech sheen, but there is a dark side to it: Automation of jobs accelerates massively, cutting out a huge swath of traditional jobs and exacerbating the rich-poor gap far beyond what we see today. The scenario is a challenge to the retail industry: If this were an accurate depiction of 2030, where would your employees come from? How could you acquire and keep new customers? If this were a possible future, what could you do now to avert it?

"Predictive Planet" is a possibility, not a probability, based on our observations of current and emerging trends and the informed imaginations of our project team and colleagues at RILA. There are many other possibilities. For example, in another scenario, incomes are lower generally but there is greater equality; a resurgence of local manufacturing and agriculture helps to shore up the middle classes. And in another, the sharing economy scales dramatically and an ever-expanding and difficult-to-regulate shadow economy sustains millions of Americans comfortably. Each scenario comes with its own set of challenges and opportunities.

The point of the scenarios is to allow businesses to seriously consider that tomorrow will be very different from today, to ask "What if?'" and experiment with ideas and strategies that can help them succeed in the long term, in a range of imaginable futures. And long-term success is what sustainability is all about.

Top image of goldfish inequality by stockphoto-graf via Shutterstock. 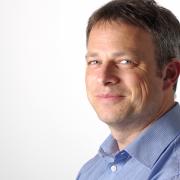 Director of Futures
Forum for the Future
@Forum4theFuture

Amazon, drones and the importance of thinking big

5 turning points that will shift the course of sustainability

See all by James Goodman