Rethinking the Trillion Trees Act could help the US economy

Coronavirus has caused unemployment to skyrocket. Tree restoration could be a cost-effective way to put Americans back to work.

As the spread of COVID-19 sickens thousands of Americans and pushes the U.S. economy into recession, Congress is working around the clock to provide resources to healthcare workers and relief to workers and industries facing economic hardship. That remains our collective first priority. Once the worst of this public health crisis has passed though, the United States will need an even greater stimulus package to jumpstart job growth and economic expansion. When that time comes, Congress can lead not just by addressing immediate economic needs, but also by delivering common-sense solutions for a long-term economic threat: climate change.

Federal climate policy must include not only ambitious measures to reduce greenhouse gas emissions, but also investments to remove carbon already in the atmosphere. Trees are nature’s own carbon removal engines, and restoring them to ecologically appropriate areas while protecting existing trees and forests is critical to keeping the United States on a path to avoid the most dangerous impacts of climate change. Investing in planting and sustainably managing trees could remove gigatons of carbon dioxide while creating hundreds of thousands of jobs (many more jobs per dollar spent than in carbon-intensive industries such as aviation or oil and gas, which previously have been the focus of stimulus discussions).

But the Trillion Trees Act as written would not provide the stimulus the U.S. economy desperately needs. Nor would it be a win for the climate — some of the bill’s provisions could result in a net loss of trees, increasing carbon emissions. It’s time lawmakers on both sides of the aisle came together to lay out a more robust, ambitious plan for tree restoration that would help put Americans back to work, revitalize local economies and create a healthier climate.

Federal climate policy must include not only ambitious measures to reduce greenhouse gas emissions, but also investments to remove carbon already in the atmosphere.

Why Congress should invest in growing trees

New jobs growing and managing trees won’t materialize on a large scale without action from Congress. Landowners and small businesses need federal subsidies to take on upfront costs such as preparing land, buying saplings, paying planting crews’ wages and hiring trained foresters to develop sustainable management plans. WRI research shows that an annual federal investment of $4 billion to $4.5 billion extended over 20 years could restore up to 60 billion trees, mostly on private lands. This funding estimate would cover costs across a variety of practices, from restocking forests to creating agroforestry systems, that could each restore billions of trees — and collectively create hundreds of thousands of jobs.

Creating jobs is imperative as the coronavirus causes unemployment to skyrocket, and tree restoration is a particularly cost-effective way for Congress to put Americans back to work. Researchers have found that every $1 million invested in reforestation and sustainable forest management can support nearly 40 jobs, including foresters, botanists to grow saplings in nurseries, technicians to operate machinery and laborers to transport and plant new trees. That translates to over 150,000 jobs per year with an annual federal investment of $4 billion — three times as many jobs a logging currently supports in the United States, and many more jobs per dollar invested than other industries Congress has considered in stimulus talks.

An incentive for growing trees would contribute to exactly the sort of economic stimulus the United States badly needs. Every dollar the federal government gives landowners and tree-planting contractors multiplies economic activity in communities that plant trees and manage forests, including underserved urban and rural communities. Rural communities are already more vulnerable to certain impacts of the coronavirus pandemic due to an ongoing trend of rural hospital closures and the scarcity of high-speed internet access for remote work. An annual federal investment of $4 billion to $4.5 billion in tree restoration could help these communities recover by bringing in $6 billion to $12 billion per year in economic growth. That investment also could fight climate change cost-effectively, removing nearly 10 percent of annual U.S. emissions at less than $10 per ton of carbon dioxide.

Tree restoration incentives wouldn’t require new congressional authority, either. Lawmakers could expand successful programs such as the Environmental Quality Incentive Program (EQIP) and the Conservation Stewardship Program (CSP) with new dedicated funding for planting trees and restocking forests. For types of land not covered under EQIP or CSP (such as urban areas or undeveloped suburban land), Congress could issue grants for state and local governments to boost tree restoration using their own policy tools. State and local tree-planting grants are especially important to put people to work growing urban and suburban forests in metropolitan areas that have suffered massive job losses in industries such as transportation and tourism. Growing trees can help cities build back better with cleaner air and water, more recreational opportunities and fewer greenhouse gas emissions.

Why the Trillion Trees Act needs to change

The Trillion Trees Act as written would not actually result in a trillion new trees. In fact, the act may result in a net loss of trees in the near term by disproportionately promoting timber harvests while offering minimal incentives for growing new trees or maintaining healthy forests. It would establish a task force to recommend increasing harvests on federal lands and relax environmental reviews of harvests near urban areas or critical infrastructure. It would direct the EPA to consider bioenergy from forests a carbon-neutral energy source — legislating away complex carbon accounting that changes significantly if bioenergy plants burn sawn timber (which could store carbon in long-lived wood products) rather than lower-grade wood. These provisions do not provide safeguards to protect mature forests and restock forests after harvesting, meaning that the Trillion Trees Act actually may cause the United States to lose trees and increase carbon emissions.

With little funding for growing trees and broad allowances for cutting them down, the Trillion Trees Act in its current form would move the United States in the wrong direction.

Meanwhile, the Trillion Trees Act provides only $55 million per year in new funding to support reforestation, including just $25 million for private lands — less than 1 percent of what an all-in program for tree restoration jobs would provide. Moreover, many promising tree-planting practices, such as urban reforestation and silvopasture, would not be eligible for the new funding. With little funding for growing trees and broad allowances for cutting them down, the Trillion Trees Act in its current form would move the United States in the wrong direction on both carbon emissions and job growth.

The coronavirus pandemic and the climate crisis both require massive public investments in sustainable economic opportunities. The current Trillion Trees Act fails to benefit out-of-work and economically squeezed Americans while threatening to increase carbon emissions, moving U.S. climate action in the wrong direction. That does not meet the needs of this moment, but a different kind of tree restoration program could.

The right policy would invest in people to grow trees and restore forests across the United States — putting Americans back to work in the process and ensuring a healthier climate for future generations.

For more ways to rebuild a stronger, low-carbon U.S. economy after COVID-19, read "Resilience After Recession: 4 Ways to Reboot the U.S. Economy." 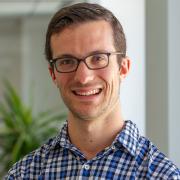 See all by Alex Rudee