<p>What used to be a one-way route from the utility to your building is becoming a two-way street.</p>

Thanks to innovative new smart grid and smart building technologies, we are seeing a shift from the traditional one-way relationship — between utilities that produce energy and buildings that consume it — to a two-way model in which buildings generate on-site energy and sell the unused power to utilities.

Because a “negawatt,” or watt conserved, is cheaper than any watt of new power generated, and as electricity cannot be cost-effectively stored at grid scale, utilities seek ways to “shave” demand at peak times. In the past, a demand response program typically consisted of agreements between utilities and their largest energy users to adapt usage patterns for greater grid efficiency in exchange for favorable rates.

For example, a manufacturing plant might agree to create blocks of ice during off-peak night hours to use for cooling during daytime hours, thus helping reduce demands on the power grid on hot summer days. In return for helping the utility maintain power to the grid at peak times, the plant would pay lower rates for energy.

New technologies available today enable utilities to offer automated demand-response programs to a broad range of customers, including individual households and facilities both large and small. The utility company today could, for instance, shut off a hot water heater for five minutes — a minor change that a customer would not notice. Multiply that five minutes of savings by hundreds or thousands of households, or many dozens of large commercial buildings, and the utility suddenly has available a giant reserve of electricity. 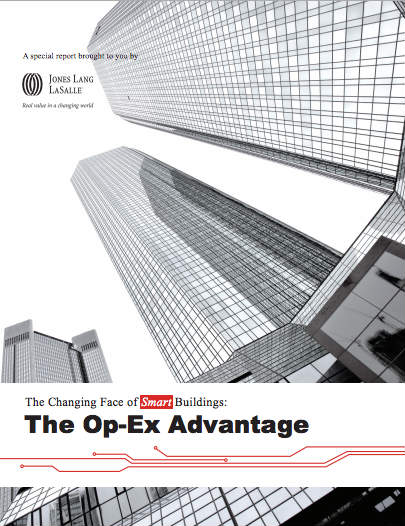 M2M (machine-to-machine) smart grid communication also can be applied to large-scale electricity consumers. From the perspective of the utilities, single-building and multiple-building owners alike present considerable opportunity to reduce the load on the grid during peak periods of electricity use. According to a recent study by the Electric Power Research Institute (EPRI), demand-response and smart building technologies eventually will create an entirely new landscape in which “commercial buildings are increasingly able to provide a range of grid-supportive functions.” In this emerging two-way partnership, EPRI predicts “an increasing portion of commercial and industrial customers will be able and willing to contribute services to the grid.”

Technology adoption — timing is everything

Today’s technology potentially could transform the energy relationship — but business reality has not kept pace with technological advances. A small but increasing number of buildings are now “smart,” using computer-controlled systems for HVAC, lighting and more, and many municipalities have invested in some form of smart grid technology. However, few municipal grids have the capability for two-way interaction with smart buildings. Also critical, the commercial real estate industry has been slow to pursue automated demand response technologies.

Yet smart technologies are already helping to change the power dynamic. Smart systems and smart building management services optimize buildings' overall performance and energy use — a powerful benefit, considering that an estimated 30 percent of energy is wasted in the commercial real estate sector and buildings account for 65 percent of domestic energy consumption in the United States.

With the increasing availability of onsite power generation, whether generated by excess heat, wind or solar power, some buildings already are self-powered at least part of the time. Walgreens, for example, opened its first net-zero store in March 2013. Located in Evanston, Ill., the store draws on renewable solar, wind and geothermal energy along with the municipal grid, in combination with high-efficiency refrigerators, LED lights and green building materials, while accessing municipal power when needed.

Some power-generating buildings can share electricity with nearby facilities, creating a microgrid. When multiple generation sources are involved, a microgrid can help participants manage energy costs by switching from microgrid to the municipal grid depending on whichever source is cheapest, and provide local power if the municipal grid suffers disruption.

Eventually, large commercial smart buildings that generate excess energy will be able to provide additional capacity to the grid by interacting directly with regional transmission organizations such as PJM Interconnection, which coordinates wholesale electricity for 13 states using economic demand-response programs. By creating microgrids and providing energy from diversified sources, including wind and solar, smart buildings can help reduce greenhouse gas emissions while also providing a safeguard against grid disruptions caused by natural or manmade disasters.

The U.S. commercial and industrial real estate sector alone consumes between $179 billion and $202 billion in energy annually. Saving energy not only cuts corporate and residential energy bills, but also reduces the burden on utilities, and improves environmental conditions for the general public. Harnessing smart systems for DR-driven grid interaction presents a historic opportunity to significantly reduce the energy consumed by cities, ultimately affecting the way people around the globe use energy.

Top image inside the Walgreens net-zero store via Walgreens