The third longest river in the world has historically played a major role in unifying northern and southern China and was a key driver of the country’s low-cost export-oriented industrialization. The river serves as a major economic hub for the region, contributing up to 42 percent of the country’s GDP through shipping, commerce and agriculture. Yet this economic development has come at a hefty price for China’s environment.

90 percent of all ocean plastic is carried by just 10 rivers, eight of which are found in Asia — and the Yangtze river in China is by far the worst culprit.

There is a major pollution problem, with 333,000 metric tons of plastic being carried by the Yangtze to the oceans each year. That’s an issue for the one-third of China’s population that depends on the Yangtze for food and water. In addition, the problem has grown over the years due to mounting population growth, as the Yangtze is adjacent to very high population nodes, including Shangai (22 million), Wuhan (9.8 million) or Chongqin (7.5 million). China’s rapid economic development also led to a shift in consumer lifestyles, with more people consuming products made with or packaged with plastic.

Despite plastic pollution being a global problem, waste management is less effective in China than in other major plastic producing countries such as Japan or the United States due to a high level of informal waste picking, a lack of waste legislation enforcement at the subnational level and lower levels of waste sorting. Until recently, China has been heavily importing plastics from overseas markets that are labeled as recycled, but due to a lack of local recycling capacity, are either incinerated, dumped into landfills or directly thrown into rivers such as the Yangtze to eventually make its way into the ocean. This problem is even more acute in rural areas with a severe lack of waste treatment facilities.

Plastic pollution in rivers such as the Yangtze could have major implications for water security, depleting fish stocks and the wider political stability in the Asia-Pacific region.

China is home to 20 percent of the world’s population but only has access to 7 percent of its unfrozen, freshwater resources. Water scarcity is exacerbated in China due to the low cost of water for irrigation in rural areas, to support government policy aimed at mitigating decreasing rural incomes. As a result, water efficiency rates tend to be low, exacerbating an already acute water crisis. With a lack of available water in Northern China, the government has embarked on an ambitious South-North water diversion project to divert up to 44.8 billion cubic meters of water from the Yangtze river to northern regions.

Water scarcity is exacerbated in China due to the low cost of water for irrigation in rural areas, to support government policy aimed at mitigating decreasing rural incomes.

However, with mounting plastic pollution in the Yangtze, this project could be jeopardized in the long run.

The fashion industry is exemplary of the problem raised by China’s rapid industrialization on its water security. Over 80 percent of China’s chemical fibers (PDF) are produced in the Yangtze River’s Economic Belt, but it maintains a dismal recycling rate of only 1 percent. These chemical fibers are a major source of microfiber (a form of plastic) pollution, most of which ends up in the oceans, contributing to the global plastics crisis. The Chinese government has begun to take action on this front by appointing local party members as river chiefs accountable for the quality of the water in their jurisdictions, levying a fee on single-use plastic bags and moving the most polluting chemical factories away from the edge of the Yangtze. Yet water scarcity is not the only way plastic pollution could affect China.

Plastic pollution also could have dire effects on fish stocks in the Asia Pacific, which are already facing overfishing and changes associated with global climate change, including rising temperatures and ocean acidification. The effects of plastic pollution on marine biodiversity are well documented, with UNEP estimating that marine ecosystems suffer $13 billion a year in damages caused by plastic waste. Furthermore, the Asia Pacific Economic Cooperation estimates that the costs to the fishing, tourism and shipping industries is of roughly $1.3 billion for the region.

On its own, plastic pollution might not be sufficient enough to trigger geopolitical tensions, but if it is coupled with illegal fishing, it potentially could strain already fragile diplomatic relations among Asian states. The South China Sea dispute exemplifies this, with China, the Philippines, Malaysia, Indonesia and Vietnam already fighting over maritime boundaries, as the resources in the area have rich reserves of oil and gas and lucrative fish stocks.

By banning the import of many types of plastic in early 2018, China’s Ministry of Ecology and Environment also significantly has increased the pressure on other Asian states to tackle this issue. It is no coincidence that Malaysia, Vietnam and Thailand (PDF) have seen surges in their imports of plastic waste and are struggling to cope with the additional volume.

An effective way to reduce plastic pollution and mitigate its impacts is for China to collaborate with other countries in the region to monitor the scale of the pollution problem and to share data to inform policymakers about pollution hotspots that can inform decisions.

China is not alone in this crisis. Indonesia follows China as the second biggest contributor to mismanaged public waste, and East Asia as a whole is the most affected region in the world. China has the opportunity to demonstrate leadership across the plastics chain.

Indonesia follows China as the second biggest contributor to mismanaged public waste, and East Asia as a whole is the most affected region in the world.

At the national level, China’s Ministry of Science and Technology already has begun increasing its funding to scientific projects that aim to collect data on the scale of pollution in coastal areas and in major rivers such as the Yangtze. Another solution that the Chinese government has promoted is funding waste to energy incineration plants that not only burn plastic but convert it into energy, following the BECCs model.

However, this solution is hampered due to low levels of garbage sorting, which reduces the efficiency of the conversion process and potentially could release more toxins into the air. Additionally, while both initiatives are praiseworthy, they must be coupled with greater regional initiatives. The Coral Triangle Initiative (CTI) could serve as a model for regional cooperation on plastic pollution. The CTI sees countries such as Indonesia, Malaysia and the Philippines committing to collaborate in managing fisheries, and creates ties with local communities to promote sustainable livelihoods. Similarly, plastic-focused coalitions linking civil society and the public and private sector are crucially needed to share best practices and implement overseeing institutions that can coordinate sustainability initiatives.

China is at a crossroads in its developmental trajectory. It still has time to effectively address its urgent plastic pollution crisis, but it must re-examine the way it values its water resources. With scarcer and more polluted water, there is a real threat of increased political tensions between communities, not only within China but across the continent.

The South China Sea dispute is a living testimony of how competition over scarce resources can fuel political strife between states. More regional efforts are needed to avoid prolonging a crisis which could, similarly to air pollution, increase social unrest and destabilize the Chinese region in the long run. 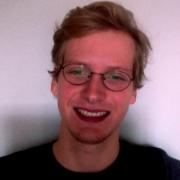 See all by Joachim Roth