Risk, doubt, and the burden of proof in the climate debate

The Hubris of Denial: Risk, Doubt, and the Burden of Proof

There are many reasons why the risks of climate change would not fully register in the human mind. In addition to the denial-provoking gravity of the threat, climate change is not the type of risk our minds evolved to detect. It is gradual, and it derives largely from the familiar and widespread practice of burning fossil fuels. It is something we all contribute to and cannot just blame on enemy evildoers. And it manifests as natural phenomena like heat waves, droughts, fires, storms and floods; we need experts, assessing global data and long-term trends, to tell us if what is happening is truly unusual. As such, climate change just does not provoke the sense of threat we would get from a stalking tiger, a hostile attacker or an eerie and unrecognizably novel situation. All these factors surely make it easier for climate deniers to internally deny the risk and to convince others to do the same.

But what exactly are they still denying? The Heartland Institute has for years hosted conferences where climate deniers talk to each other and the media (events known to critics as "denial-paloozas"). At one such event in 2014, speaker Christopher Monckton surveyed the room and declared that everyone there agreed that humanity’s "emissions of CO2 and other greenhouse gases have contributed to the measured global warming since 1950." His point was to make it clear that "we are not climate change deniers." Monckton also predicted additional CO2-emission-driven warming in the decades ahead, though less than the consensus predictions. (He undermined his bid to appear reasonable, though, when he went on to berate the media for ignoring facts that "go against the climate Communist party line.")

What continues to define these people as "deniers" in my book is their unshaken belief that climate change is simply no big deal and there is no reason to go out of our way to prevent more of it. "There is no need to reduce carbon dioxide emissions and no point in attempting to do so," as one recent Heartland document succinctly put it.

One reason people might be confused about how much climate deniers actually accept about the science is the vitriolic rhetoric of so many of them. Only two years before this conference, Heartland had issued its press release saying that manmade global warming was a "fringe" view (held by mass murderers, etc.) and that still believing in it was "more than a little nutty." After this conference, in 2016, Heartland’s science director gave a speech titled "Man-Caused Global Warming: The Greatest Scam in World History" (rather than one called, say, "Man-Caused Global Warming: We Agree We’re Causing It But Predict Less Warming Than Others Do.")

Maintaining such wholly unfounded confidence (and selling it to others) requires spinning every uncertainty your way by keeping the burden of proof perpetually on those pointing to a climate threat.

Charles Koch is among the deniers who accept that our CO2 emissions are causing global warming, but he is confident the climate is "changing in a mild and manageable way." It is worth noting here that evidence from psychological studies suggests that the experience of power promotes "illusory control" — that is, a belief among power holders that they can control outcomes that are actually beyond their influence.

Contrast Charles Koch’s view with that of one of the pioneers of climate science, Columbia’s Dr. Wallace Broecker. He is winner of the President’s National Medal of Science for, among other things, shedding light on the abrupt climate changes of earth’s distant past. The "paleoclimate," he says, shows that the "Earth tends to over-respond. . . . The Earth system has amplifiers and feedbacks that mushroom small impacts into large responses." He does not view climate change as mild and manageable. On the contrary, he says, "The climate system is an angry beast and we are poking it with sticks."

It is worth pausing here to appreciate the breathtaking hubris of this now-dominant strain of climate denial. These deniers accept that humanity’s pollution has disrupted a fundamental, complex and awesomely powerful planetary system with a history of violent shifts, yet they express complete confidence that the global changes we are inadvertently unleashing will be harmless, even beneficial. It is a bit like a pregnant woman who, after learning that a drug she is consuming causes sometimes devastating chromosomal changes, especially as it accumulates in the body, continues to consume it in ever greater quantities, somehow confident her baby will only benefit from the resulting genetic mutations.

Maintaining such wholly unfounded confidence (and selling it to others) requires spinning every uncertainty your way by keeping the burden of proof perpetually on those pointing to a climate threat. Sometimes this spin is explicit, like when the Global Climate Coalition argued in 1996 that "the scientific community has not yet met the ‘burden of proof ’ that greenhouse gas emissions are likely to cause serious climatic impacts." More often, it is implicitly built into the conversation, as it was in so many other public debates, like those over leaded gas, ozone and tobacco. And because there is no discussion of who should initially bear the burden of proof, there is also no discussion of whether to revisit the question and shift that burden once the evidence reaches a certain point.

Whoever does not bear the burden of proof gets the benefit of the doubt and thus has an incentive to exaggerate or manufacture doubt. The tobacco industry responded to this incentive ("doubt is our product") as do climate deniers. A recent analysis of decades of ExxonMobil’s climate change communications by Harvard science historians Geoffrey Supran and Naomi Oreskes found that while 80 percent or more of the company’s internal documents and peer-reviewed papers acknowledged that climate change is real and human-caused, only 12 percent of its paid "advertorials" aimed at the general news-reading public did so. Instead, 81 percent of these ads raised doubts.

Whoever does not bear the burden of proof gets the benefit of the doubt and thus has an incentive to exaggerate or manufacture doubt.

Oil and gas executives were recently reminded of the value of raising scientific doubt by Rick ("win ugly or lose pretty") Berman, who explained in his secretly taped 2014 presentation that "people get overwhelmed by the science and [think] ‘I don’t know who to believe.’ But, if you got enough on your side you get people into a position of paralysis about the issue. . . . You get in people’s mind a tie. They don’t know who is right. And you get all ties because the tie basically insures the status quo. . . . I’ll take a tie any day if I’m trying to preserve the status quo."

Imagine how different the climate debate would be if — after decades of analysis and mountains of data pointing to extreme danger — we now finally shifted the burden of proof and started demanding that climate deniers prove the safety of continued pollution. Where is the proof that we can safely raise atmospheric CO2 to levels not seen on earth for millions of years, since long before humans existed, when the earth was much warmer and seas far higher? What is your alternative explanation for the melting ice, shifting ecosystems, growing extremes and other evidence of warming? Show us the sophisticated computer models that accurately simulate the climate system, that factor in ongoing pollution, and that still show a stable future climate with no significant risk of catastrophic changes. Demonstrate precisely how we can be confident that pushing CO2 levels higher will not trigger the feedback systems that in Earth’s past have repeatedly amplified small changes into extreme planetary transformations.

Those urging us to heedlessly continue down our current polluting path would need to show evidence of virtually complete scientific consensus, including assurances from all the major scientific academies and relevant scientific societies throughout the world, that pushing CO2 concentrations ever higher was safe. (We would not, however, insist on agreement from all scientists, even those who were the most financially and ideologically invested in the opposite conclusion, because that would be ridiculous.) And wherever there was a gap in our knowledge — about exactly how our complex climate and life on earth would react to these unprecedented changes — that uncertainty would not make us feel safer. We would understand that it increases risk because what we don’t know can hurt us. 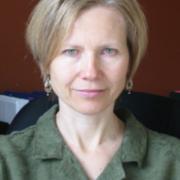 See all by Barbara Freese