The road to automated driving systems in commercial vehicles

The automated vehicle (AV), representing the pinnacle of automotive innovation, has generated a lot of interest and investment. By some estimates, over $80 billion has been invested in AVs since 2014. Media coverage tends to focus on the promised benefits of passenger travel, while ignoring the more pertinent developments in commercial vehicle applications.

The quest to incorporate automation technologies in commercial vehicles is not new. Early developments funded by the U.S. Defense Advanced Research Projects Agency (DARPA) and carried out by Lockheed Martin in 1985 yielded the Autonomous Land Vehicle (ALV), which demonstrated an off-road trip of just over half a mile at 3 miles per hour. AVs have come a long way since then. Over the past several years, automotive manufacturers and startups alike have begun to transition the deployment of AVs from the sandbox to the road. Companies including Daimler and Volvo have been actively pursuing the development of platooning, carrying out their own tests in addition to participating in the multi-brand truck platoon initiative, ENSEMBLE.

Companies also have continued to build upon the successes of the ALV by looking to less traditional and off-road scenarios for the early deployment of advanced driving systems (ADS). For example, Volvo has tested vehicle automation in underground mines, sugarcane fields and in refuse trucks. Mercedes-Benz has deployed ADS to synchronize AVs for snow removal. Building out ADS in off-road and closed environments enables companies to demonstrate the efficiency gains and reduced ownership costs of AVs, while simultaneously building confidence in the abilities of the technology.

What is happening now?

ACC maintains a consistent time gap with the vehicle ahead and prevents unnecessary accelerations to improve fuel economy. LKA can correct for inadvertent lane departures, while AEB can reduce the occurrence and severity of collisions. Platooning is expected to begin commercial deployment soon; Peloton Technology, which is developing an aftermarket platooning as a service business, anticipates commercial launch for fleet owners within the next year.

Why will AV technology scale?

AV technologies can improve commercial fleet driver safety and vehicle efficiency, and in so doing reduce overall costs. Consider the following benefits that are driving adoption:

Even though AV developments in the commercial market have been overshadowed by the passenger vehicle market, there is significant interest and investment: the promise of increased safety, efficiency and reduced ownership cost is easy to identify. Truck platooning is anticipated to be one of the next technologies to commercialize in this space.

Stakeholders must prove reliability; this will be crucial to advancing AVs to more complex environments. This can be accomplished gradually, starting from real world deployments in off-road applications and fixed regional routes. As lower risk applications successfully are established, vehicles with higher levels of automation will be well positioned for more widespread adoption. 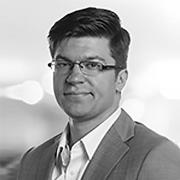 See all by William Drier