If Paris is really the "last chance" to avert the worst impacts of climate change, what will it take for more big businesses to make their moves?

It's mid-morning on the West Coast, early evening in Western Europe, and a conference call has been convened to talk business and climate politics.

The impetus for the gathering: getting specific about what corporations can and should be doing in the run up to the United Nations climate conference slated for this December — a gathering hailed as "the last chance" for a deal to avert the 2 degree Celsius increase in global temperatures that scientists say will cement "irreversible" fallout.

"You have to come out and be vocal and be public about what you’re doing, and the fact that you want the world to agree," one official told business executives listening in on the recent call, adding that, "The stakes have been very significantly raised."

The irony is that those on the call have only agreed to participate on the condition that their corporate and organizational affiliations not be publicly revealed — raising the question of just how ready, and willing, businesses are to further engage in often-thorny global climate talks.

As of today, there are 19 weeks (or 130 days, for those counting) left until delegates will gather at a hulking conference hall 13 kilometers outside the center of Paris for a two-week meeting of the UN Framework Convention on Climate Change (UNFCC), COP21. 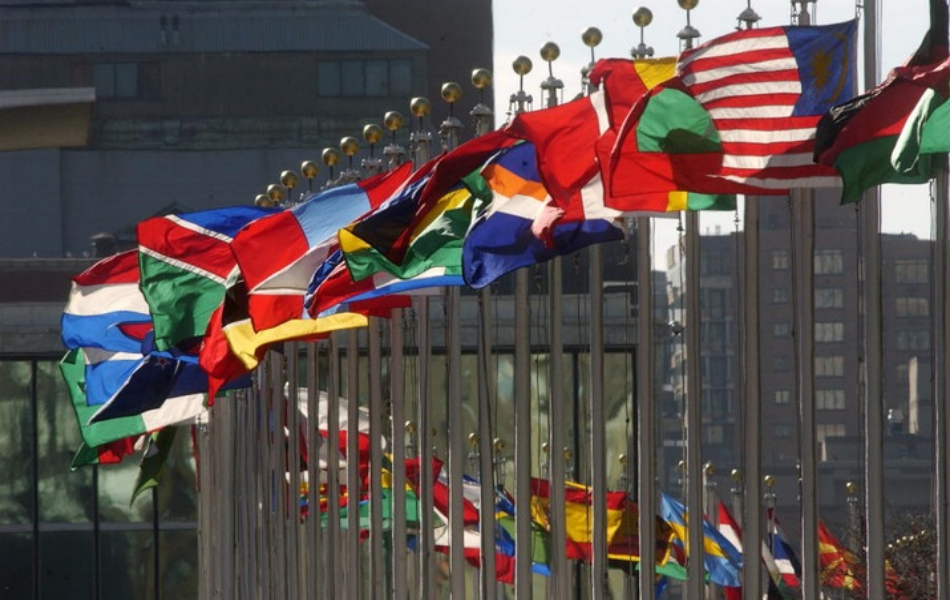 A series of smaller events leading up to the main event have already been held in locations including Paris and Bonn, and more will be held in the coming weeks. But the goal at COP21 is for global policymakers to agree on binding actions to close the "emissions gap" needed to keep temperatures below the 2 degree Celsius threshold.

The actual agreement will have four components, according to the official event description: a legal agreement; national greenhouse gas emissions reduction commitments for 2025 or 2030; an economic plan and concrete commitments by non-governmental groups to help execute the plan.

While the wonky policy work is all well and good, what does that leave for businesses to do, since they likely won't be roped into technical requirements of the agreement?

The potential answers — from charting a course toward carbon neutrality to increasing pressure on policymakers to putting their money where their marketing is on renewable energy — are no small asks.

Sure, there is already more discussion in economic circles, like at this year's World Economic Forum in Davos, about the ways climate risks such as water scarcity, supply chain instability and extreme weather could derail business operations and increase costs. But reactive sustainability strategies, misaligned corporate goals and broader concerns about branding or financial uncertainty persist.

Here's what you need to know about what some businesses are already doing — and what else environmental advocates say should be getting done in the final months before Paris.

What is the role of business?

In addition to delegates who will represent entire countries at COP21, the meeting is expected to be an illustration of how major cities and other "sub-national" actors, such as the state of California, can catalyze climate action at the regional and local levels.

Actually including businesses in a binding global climate agreement, however, would be tricky for several reasons. Gaining broad corporate buy-in would likely be a struggle, as would determining how to build accountability and reporting into an already bureaucratic process. 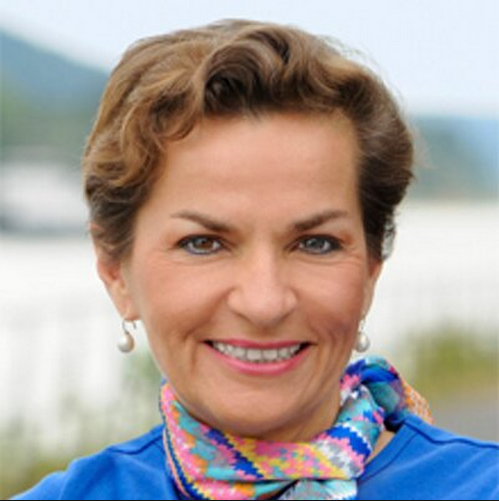 Christina Figueres, the UNFCCC's executive secretary, recently told GreenBiz that the international body will look to businesses for a mix of individual corporate emissions cuts, putting peer pressure on others in the private sector and leveraging ties to government officials to lobby for climate action.

"Corporations can definitely figure out how can they go carbon neutral," Figueres said. "... They can work up and down their supply chain to encourage others. Finally, there is a small subset of companies that are large enough that they have the ear of governments."

[Interesting in learning more about the role of business at COP21? Click here to register for a free GreenBiz webcast on the topic happening Aug. 5.]

These approaches would entail not only beefing up in-house sustainability strategies — which are often driven by small departments with modest budgets — but also going way beyond occasional sustainability reports to tie a company to environmental advocacy in both the business marketplace and the public eye. It's a tack that relatively few companies, apart from Apple, Patagonia, Nike, Unilever and a few others, have aggressively pursued to date.

Jennifer Morgan, global director of the World Resources Institute's climate program, recently said in an interview that the meeting in Paris is likely to raise big questions that apply across sectors, like how companies and investors should calculate the financial risks associated with increasingly volatile fossil fuel assets.

"I would expect more announcements like the Bank of England’s, where financial institutions analyze the risk of stranded assets," Morgan said. "I would expect to see more companies shift business models toward a decentralized, low-carbon energy system."

In this sense, the most important role businesses can play is fostering a new "industrial revolution" toward renewable energy by shifting capital and cap ex decisions, the official on the recent call said.

What are businesses doing?

If the idealized role for businesses at COP21 is a combination of anteing up on their own operational improvements and then urging others to do the same, the logistics of how to make either of those things actually happen at scale is what remains unclear.

Even coming up with the right goals is still a challenge for many companies. The seemingly-straightforward concept of "science-based goals" only really entered the sustainable business vernacular in the past few years.

That's where several early individual corporate leaders and business-focused advocacy groups may be able to provide case studies, or at least make jumping off the cliff less daunting, on a number of fronts:

Since the primary objective of COP21 is cutting carbon emissions, advocates are looking to businesses to signal their faith in renewable energy. 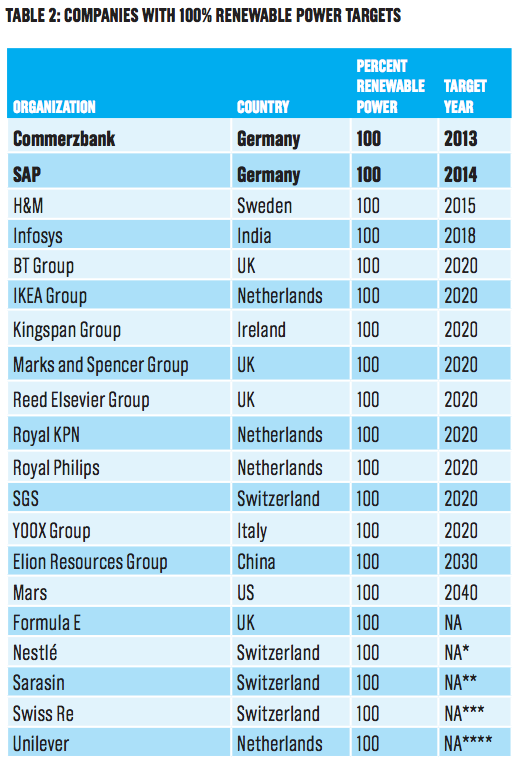 Some have already done this for their own reasons. Cash-rich tech companies like Google, Apple and Facebook have all set 100 percent renewable energy goals that have attracted lots of attention. Other large companies, including Ikea, H&M, Nestle and Unilever, also have stated clean energy goals (PDF).

One unifying force in the effort to grow the number of companies in this club has been the RE100, which was first launched during Climate Week 2014 by nonprofits the Carbon Disclosure Project (CDP) and The Climate Group.

In that process, more existential questions need to be answered about what it means to really go all in on renewables.

"Does a REC count? Does it have to be new renewables?" Erin Decker, senior sustainability manager for Salesforce, asked at a recent event. "It’s a really important conversation to have internally, but know that it’s going to change over time."

Along the lines of RE100's objective to compel action en masse, several groups have established various types of climate pledges that companies can attach themselves to.

We Mean Business, a coalition launched in 2014 by founders including BSR, CDP, Ceres and the World Business Council on Sustainable Development, is billed as, "a common platform to amplify the business voice, catalyze bold climate action by all, and promote smart policy frameworks."

The group has gained the support of companies and figures including Nike, Sprint, General Motors, Marks & Spencer and Richard Branson. In total, 121 companies with a combined market value of some $2.6 trillion have committed to taking action on at least one of the group's priorities, which include renewable energy investment, internal carbon pricing and disclosing climate risks in core financial documents.

Ceres, meanwhile, has seen 1,500 companies in food, apparel, beer, tech, retail and a host of other industries sign onto a Climate Declaration started in 2013 and focused specifically on encouraging U.S. climate leadership.

Though the Ceres site is careful to note that the declaration does not "mean that your business supports any specific piece of legislation," the nonprofit does advise those looking to do more to publicize the actions they are taking, recruit peers and customers or meet with legislators on climate issues.

Finally, sustainability-focused groups including the Consumer Goods Forum have also been working to raise the profile of what their members are doing specifically in the run up to COP 21.

3. Organizing on the ground

While priorities like better goal setting and buying more renewable energy aren't necessarily specific to COP21, there will also be a slew of business events held in Paris to coincide with the actual conference.

Following the Business & Climate Summit held in the French city this spring as a precursor to the main event, several annual corporate events will be held this year in tandem with COP 21. The Sustainable Innovation Forum 2015 and World Climate Summit 2015 will both take place during the conference.

The World Business Council for Sustainable Development will also hold its WBCSD Council Meeting for members and invitees from Dec. 7-10.

Caring for Climate, meanwhile, is expecting 1,500 participants at a business forum being held during the conference, in addition to several other smaller events expected to take place.

Among the more controversial ways businesses are already engaging in COP21 is paying to sponsor the event.

Companies in industries with big carbon footprints (or a record of backing companies with big footprints) in the automotive, aviation, fossil fuel and finance sectors have already been condemned for greenwashing by activists including 350.org and Friends of the Earth.

Among those that have signed on as sponsors: the Renault–Nissan Alliance, AirFrance, French utilities Engie and Électricité de France and BNP Paribas.

What can businesses be doing?

We Mean Business is the corporate-facing group that has proposed the most specific avenues for businesses to take meaningful action on climate change in the lead up to Paris.

Though how material, or financially relevant, the proposals are for a company varies significantly by size and sector, We Mean Business advocates for one or more of the following actions:

- Put a price on carbon; both implement an internal price "high enough to materially affect investment decisions" and advocate publicly for policies that would require all businesses to do so

- Engage on climate policy by internally auditing all activities related to climate, then communicate subsequent actions and outcomes

- Help close information gaps by including climate change information in "mainstream reports as a fiduciary duty," as outlined by the Climate Disclosure Standards Board

In the meantime, keeping track of country-by-country climate policy commitments is another imperative that groups like WRI are making easier with interactive graphics: 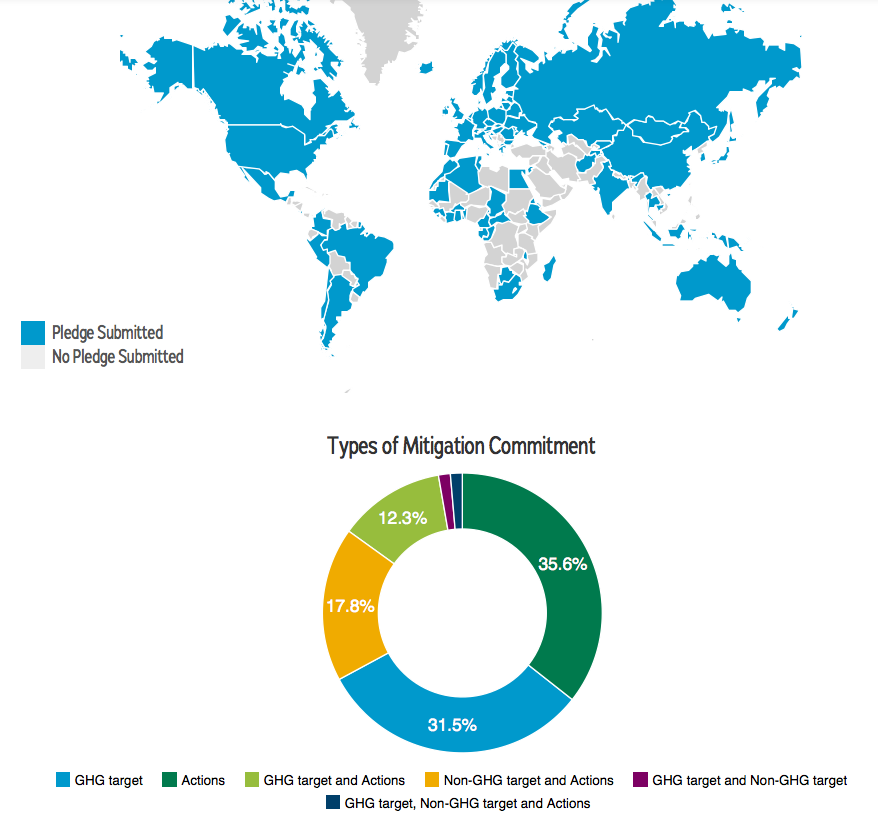